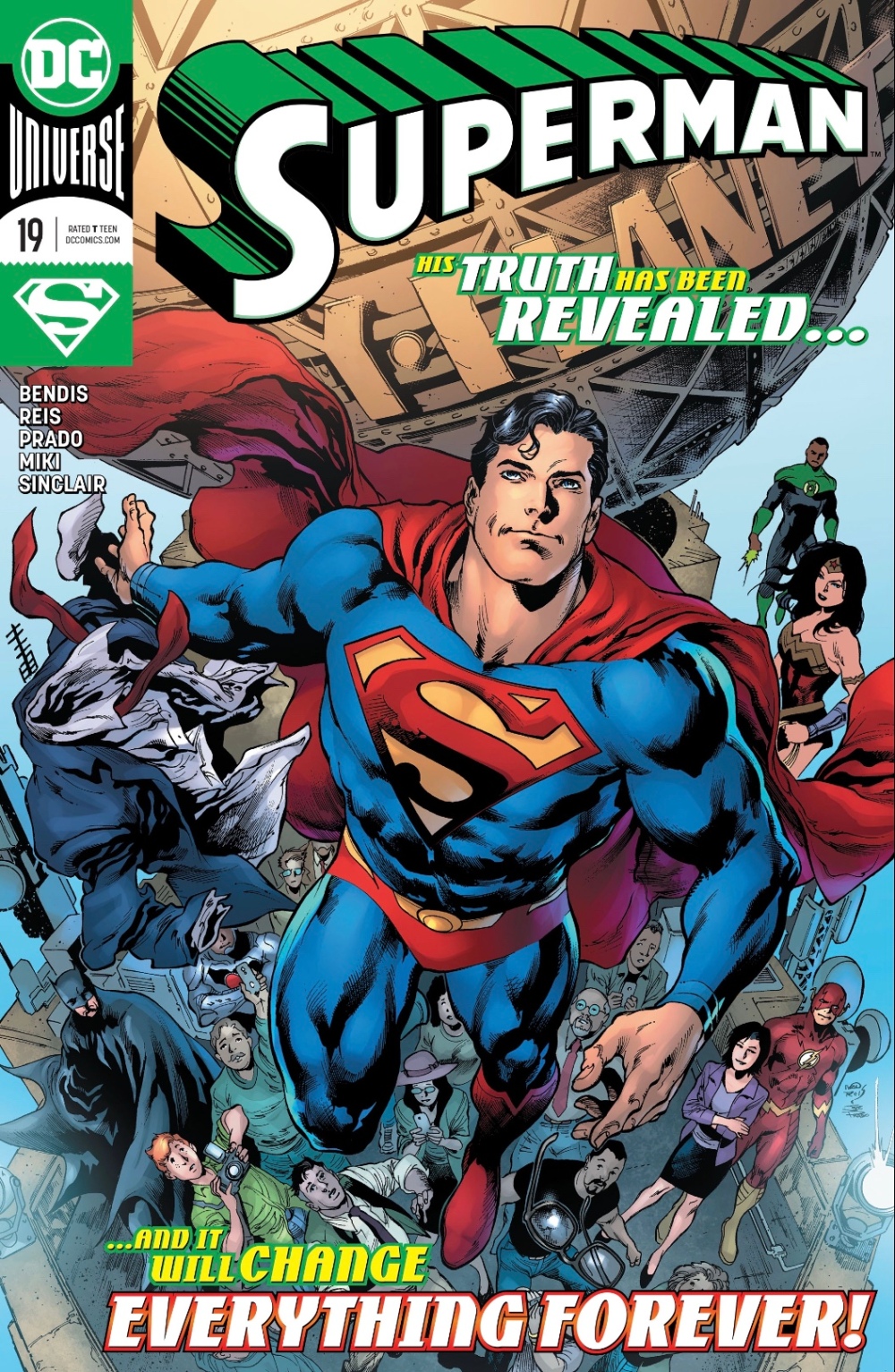 It’s the day after Superman shared his secret identity with the world. The insurance company is planning to increase the Daily Planet’s premium, predicting that in no short order hordes of villains will attack Superman’s friends. 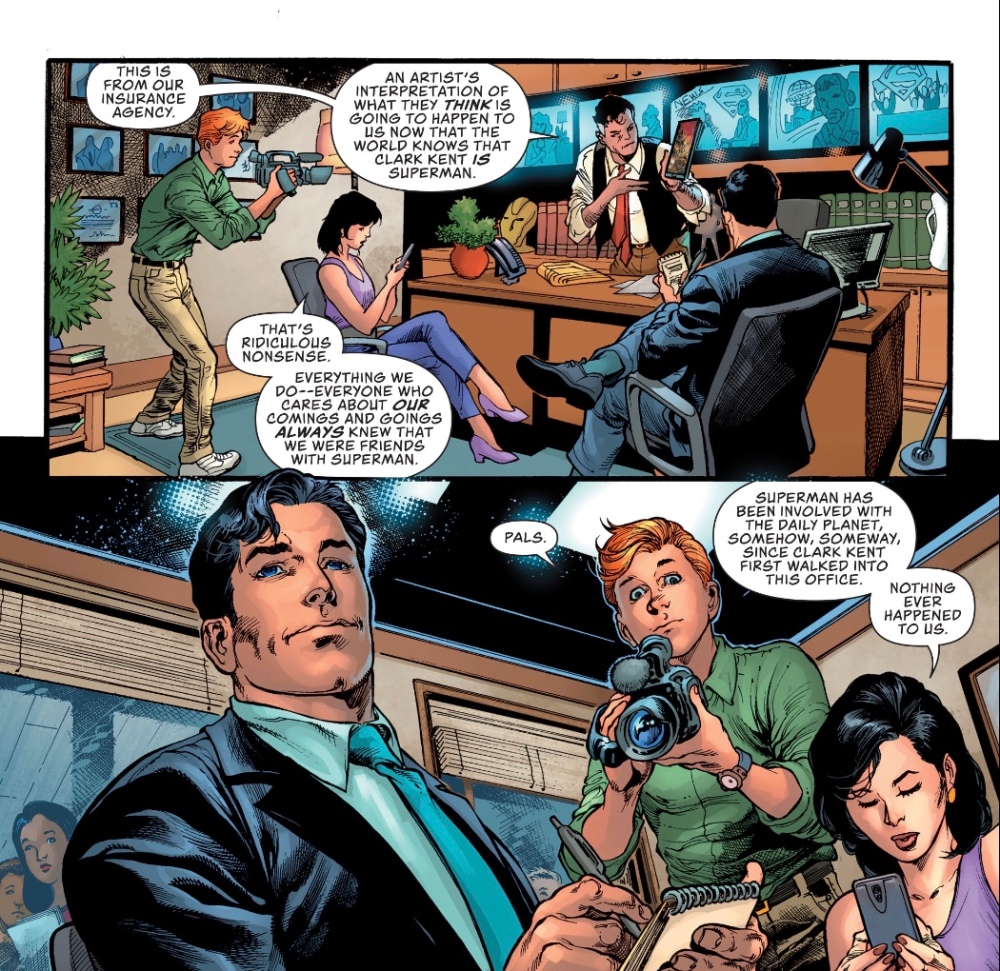 It’s safe to say, our hero is relieved.

After a trip to the Hall of Justice, where the heroic community beams silently (except Wonder Woman – as was the case last issue, she’s looking distinctly perturbed), Superman flies to a world which the members of the newborn United Planets are looking at as a possible base.

He arrives just after Mongul, who wants nothing more than to spoil the party. 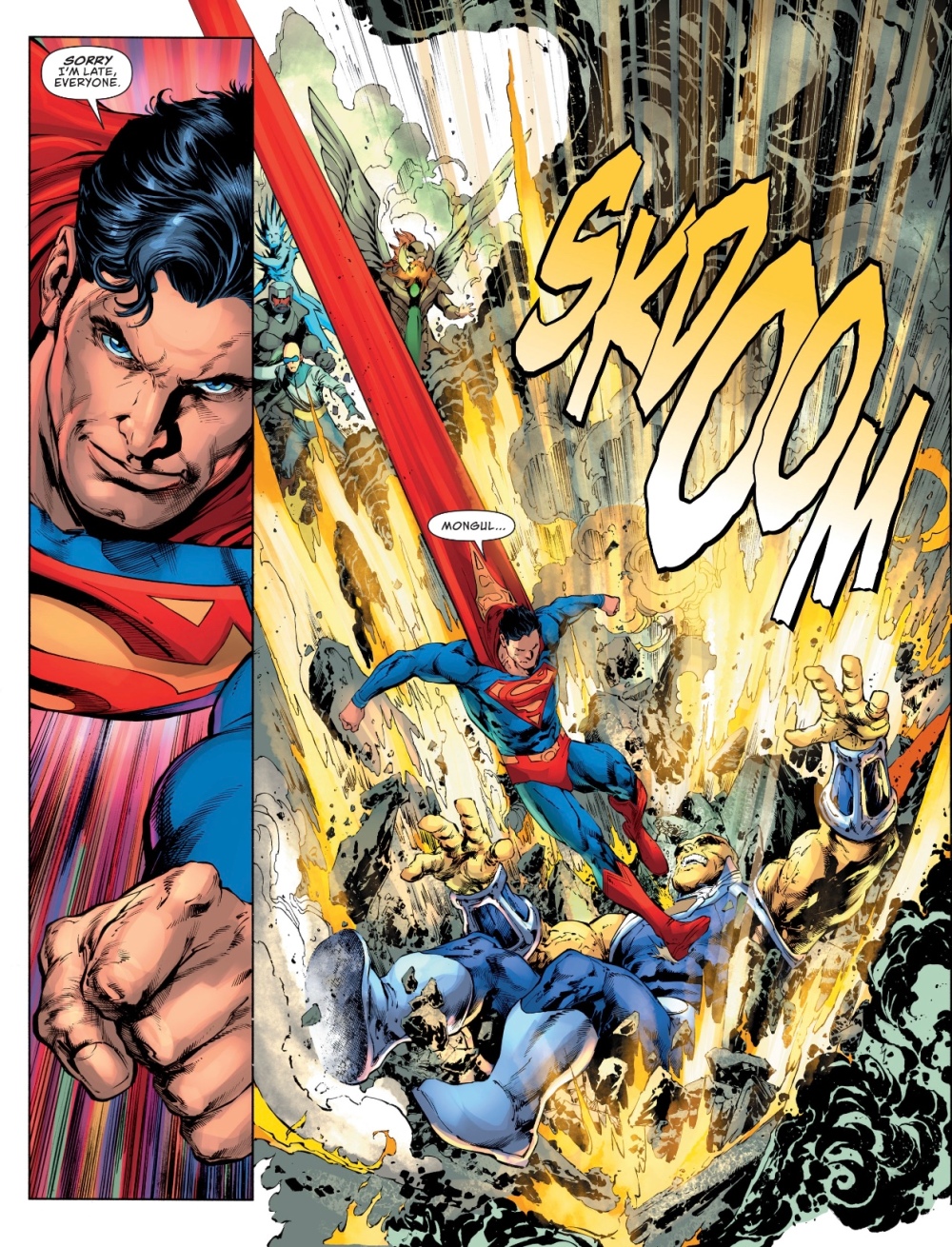 While penciller Ivan Reis and his inker – it’s either Joe Prado, Danny Miki, Oclair Albert or Julio Ferreira, all of whom are credited – make the tussle with Mongul look great, the highlight of this issue is the Planet business, both in Perry’s office, then in the bullpen. There’s an especially nice moment with gossip columnist Trish Q, who’s quickly becoming a favourite. Known for his big action set pieces in strange environments, Reis is no slouch when it comes to making the mundane compelling. It helps, of course, that writer Brian Michael Bendis gives everyone such cracking dialogue to inspire the images – the dynamic between Clark, Lois, Perry and Jimmy is sheer delight.

Last issue ended with Lex Luthor looking Very Annoyed Indeed at the revelation of Superman’s earth identity, and while I’d love to have seen that plot spark ignite this time, I enjoyed this chapter hugely. I especially like Superman’s narration, I think that’s unusual for this run – maybe Bendis is getting us closer to Clark as the world is invited to get to know him better. 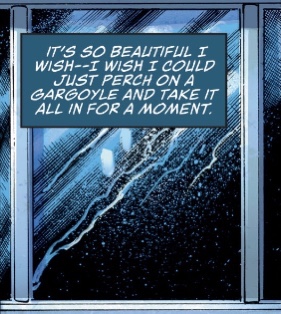 I like that even when he doesn’t have a featured role, Batman is never far from Clark’s thoughts – that’s best pals for you.

I don’t like Harley Quinn being front and centre in the Hall of Justice, it’s as if Reis looked at a DC licensing pack and assumed Harley is a hero.

Alex Sinclair’s colours are as attractive as ever, though I think he missed the bit in the script where a Dominator remarks that they’re on an orange planet. Letterer Andworld Design applies their box of alien fonts rather well.

Reis, Prado and Sinclair’s cover looks like a homage to Action Comics #583, which contained half of ‘Whatever happened to the Man of Tomorrow?’ It’s happier though!

And I just love the logo colours, green and white is a combination we’d see occasionally in the Silver and Bronze Ages, but hardly ever today – it looks wonderful

That masthead had me smiling as I opened the issue and the smile never left me lips – well done all round!