So here we are, at chapter 37 of the current Justice League story.

Will it ever end, this tale of the Totality and Apex Lex and the broken Source Wall and three – count ’em, three – Monitors and the Dark Multiverse and Prenuptia or whatever her name is…

Am I the only person aching for a nice two-parter involving the Lord of Time, or a single-issue tale featuring Dr Destiny? Maybe a visit from the Royal Flush Gang? Something with fewer than 200 speaking parts?

That said, there were things I really liked in Scott Snyder’s latest issue. This first page, for example, which seems to be laughing at the overblown pomp of the storyline. 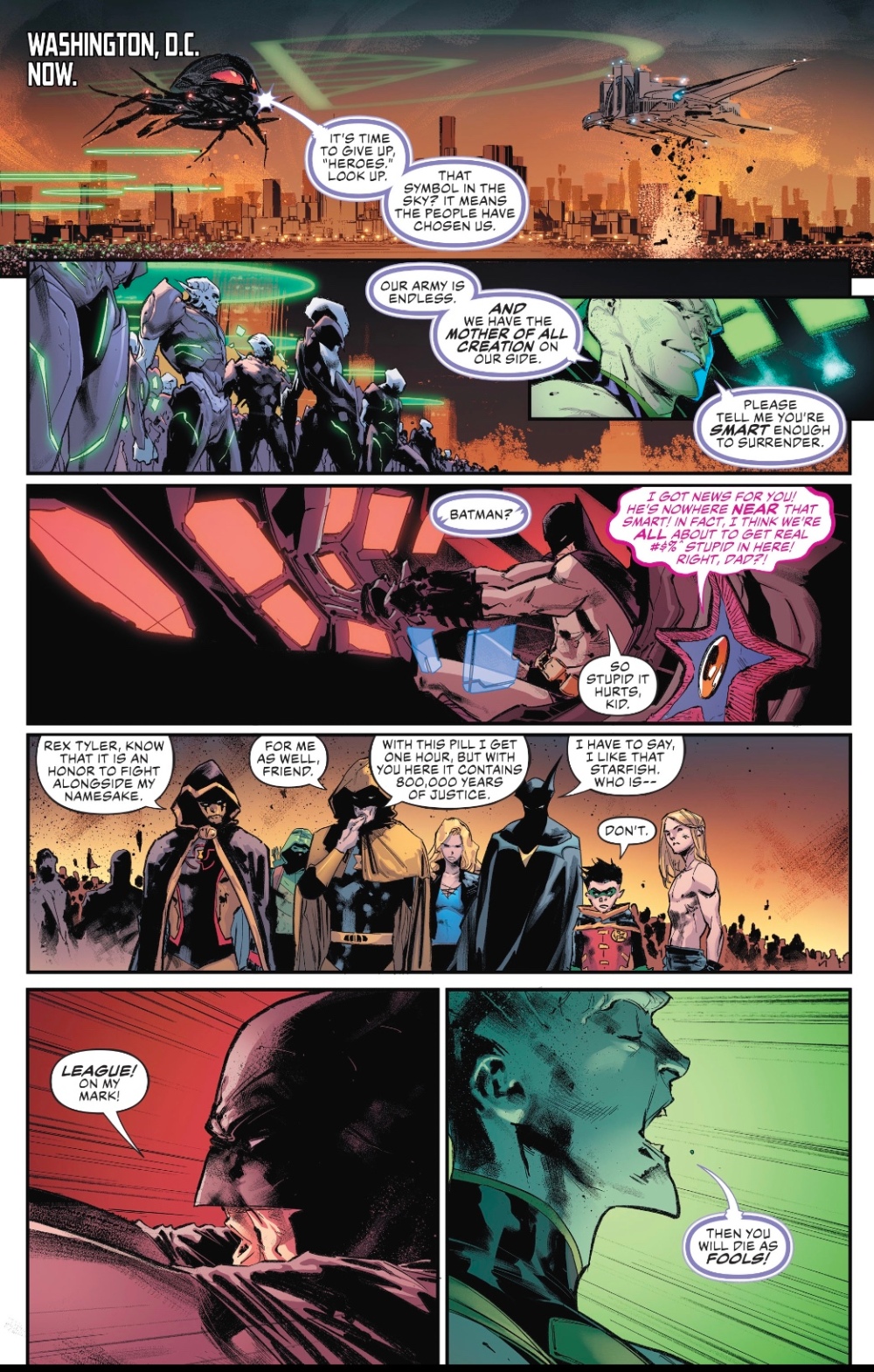 There’s the fabulous faith Superman shows in the League’s latest last-ditch plan – at this point they’ve made enough Hail Mary plays to make a set of rosary beads. 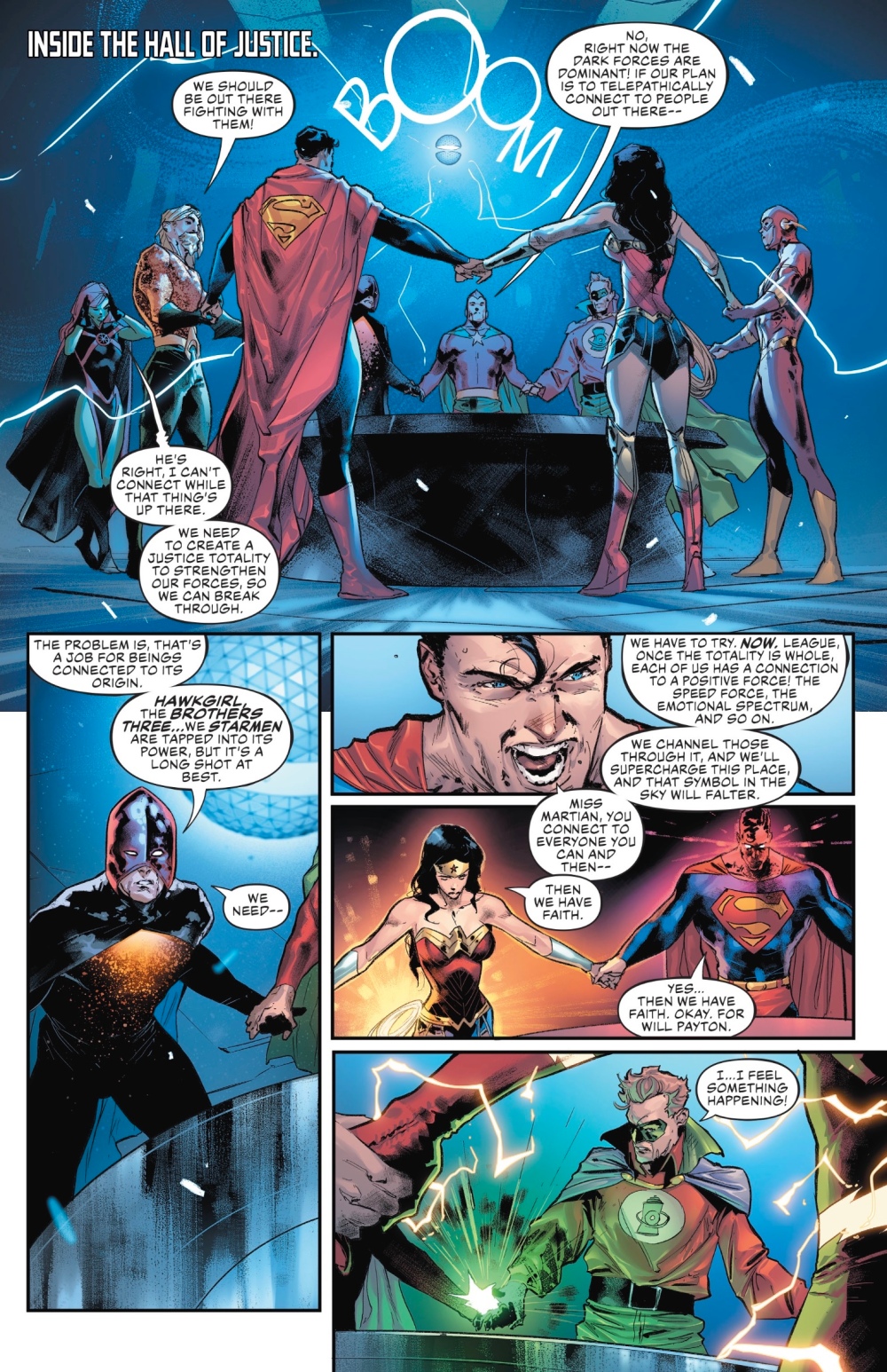 And the scale of evil goddess Perpetua’s nuttiness is entertaining. 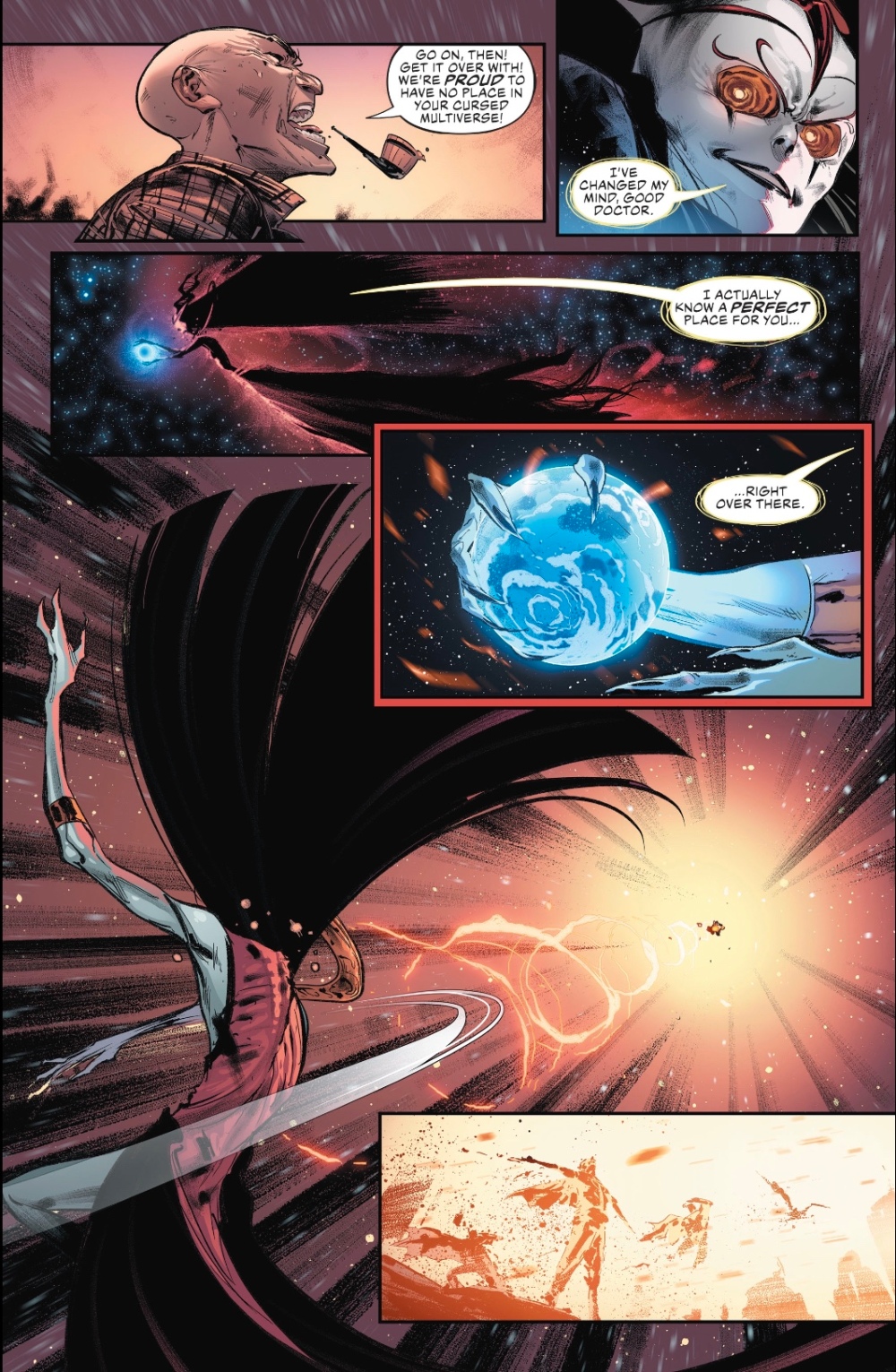 I just wish we were being given moments like this in more contained narratives, stories with room to breathe, ones which don’t require a spreadsheet to parse the details.

There are signs this story is finally wrapping up – the stunning last page, for one thing. That final image will evoke fond memories in fans of a certain age, and it’s beautifully presented by  illustrator Jorje Jimenez. It helps that he has only a few characters here, the crowd scenes see his work getting seriously scratchy, though the energy of them is off the charts. Mostly, the issue works visually, aided by the cracking colours of Alejandro Sanchez and letters of Tom Napolitano.

Given how mad every issue of this book has been, you could as easily jump in here and understand the issue as you would if you went back and read everything that came previously . If you need a quick injection of DC at its enjoyable daftest, you could do far worse.