Below the Teen Titans’ base lies a prison. A secret prison where Damian Wayne, the latest Robin, is secreting criminals. He’s had enough of the revolving door of the prison system – from now on, when his team captures a bad guy, they’re going in a deep, dark hole. His latest ‘guest’? Deathstroke the Terminator.

There’s an excitement among some of the inmates. Black Mask, especially.

One man who knows where Deathstroke is, is Slade’s son, Joe, the sometimes superhero known as Jericho. He’s in two minds about his assassin dad being captured so seeks him out via a psychic link they share. 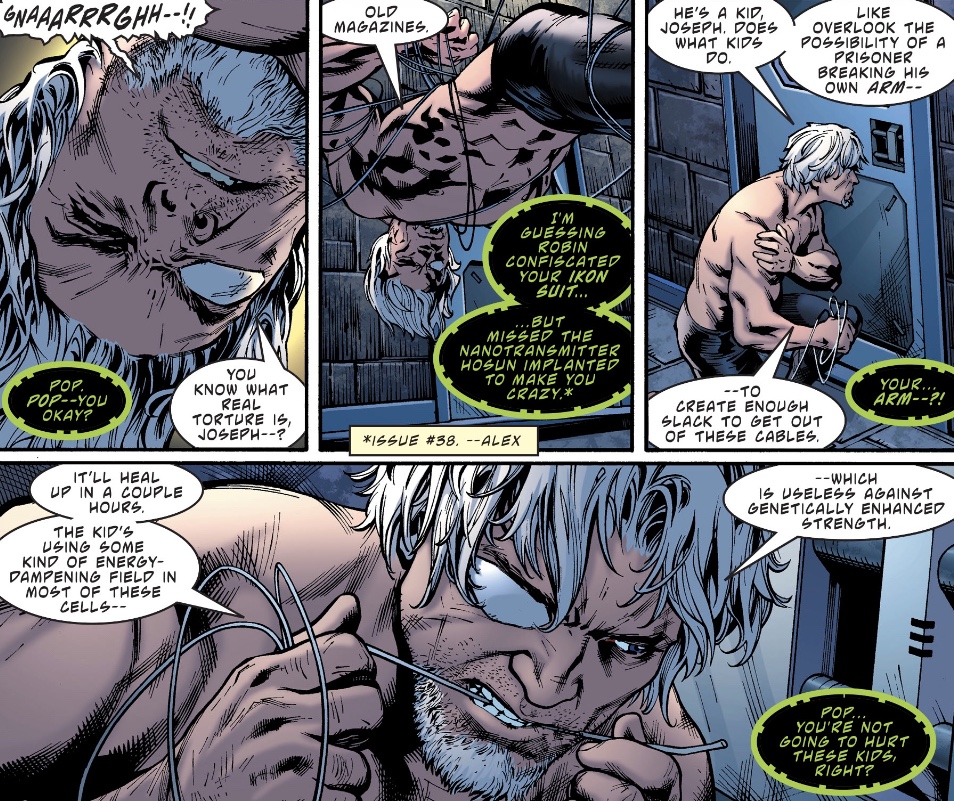 The Teen Titans, meanwhile, are stalking their next mark. Undercover. Deathstroke interrupts – but not physically.

He rattles Robin and Kid Flash with the insights of a hyper-intelligent strategist, pointing out the errors sparked by youthful hubris. And even after the mission is over, the taunting continues. 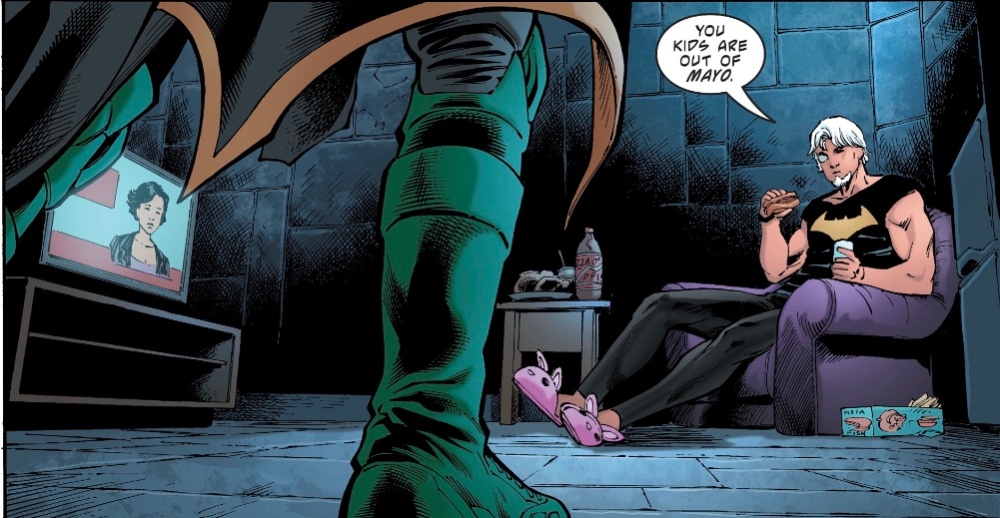 Part two of the Deathstroke/Teen Titans crossover isn’t what I was expecting. Slade escaping and confronting the kids, I could see. Acting as a sinister Jiminy Cricket? In bunny slippers? Not so much.

And I loved it. You can always bank on Priest to come at a story from an unexpected angle and here he has Deathstroke find a way to rattle the ridiculously confident Robin that makes perfect sense. Little by little, we’ve seen a relationship develop between Slade and Damian that’s entirely believable; more than Slade/Joe and Bruce/Damian, I could See Deathstroke and Robin as father and son.

Let’s not forget the other Titans, though – Priest captures the personalities and dynamics so skilfully built by their own series writer, Adam Glass, as he puts them in a new position… undercover heroes. It’s not a role to which they immediately take, messing up a mission involving the modern version of one of Superman’s more obscure enemies. 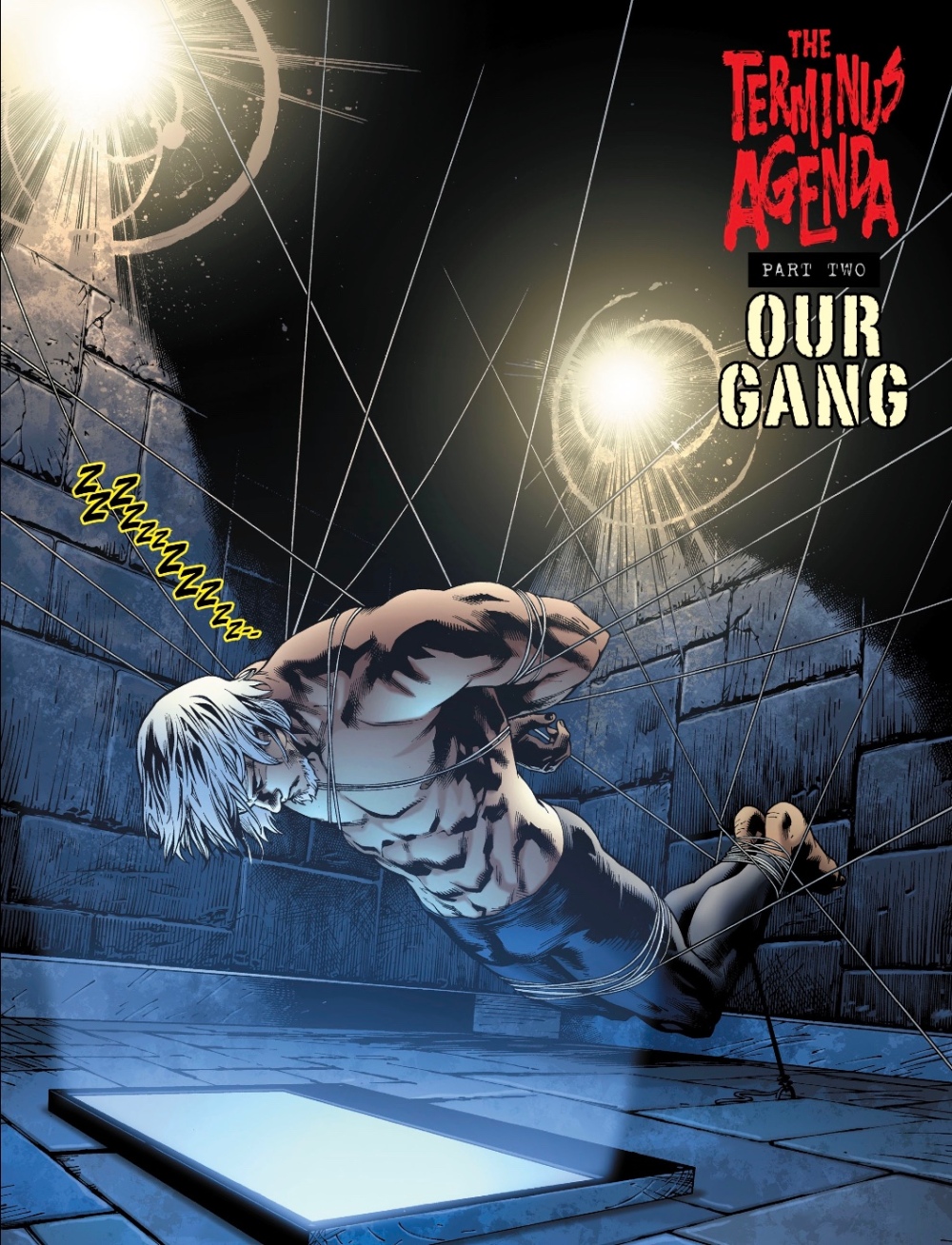 Carlo Pagulayan isn’t a big name, but he ought be. His storytelling is as strong as his figurework; just look at that splash page, sleeping Slade’s muscular body, suspended in the air, has real weight to it. When it comes to the action, the narrative benefits from the smart compositions of Pagulayan, inked by Jason Paz and Norm Rapmund and coloured by Jeromy Cox. And Willie Schubert’s trademark angular letters add pace to proceedings.

Pagulayan and Paz provide the cover illustration, which is coloured by FCO Plascencia and delightfully Silver Age in concept.

Whether or not you’re following this crossover, you could enjoy this issue for what it is – a smart, funny, great-looking comic.