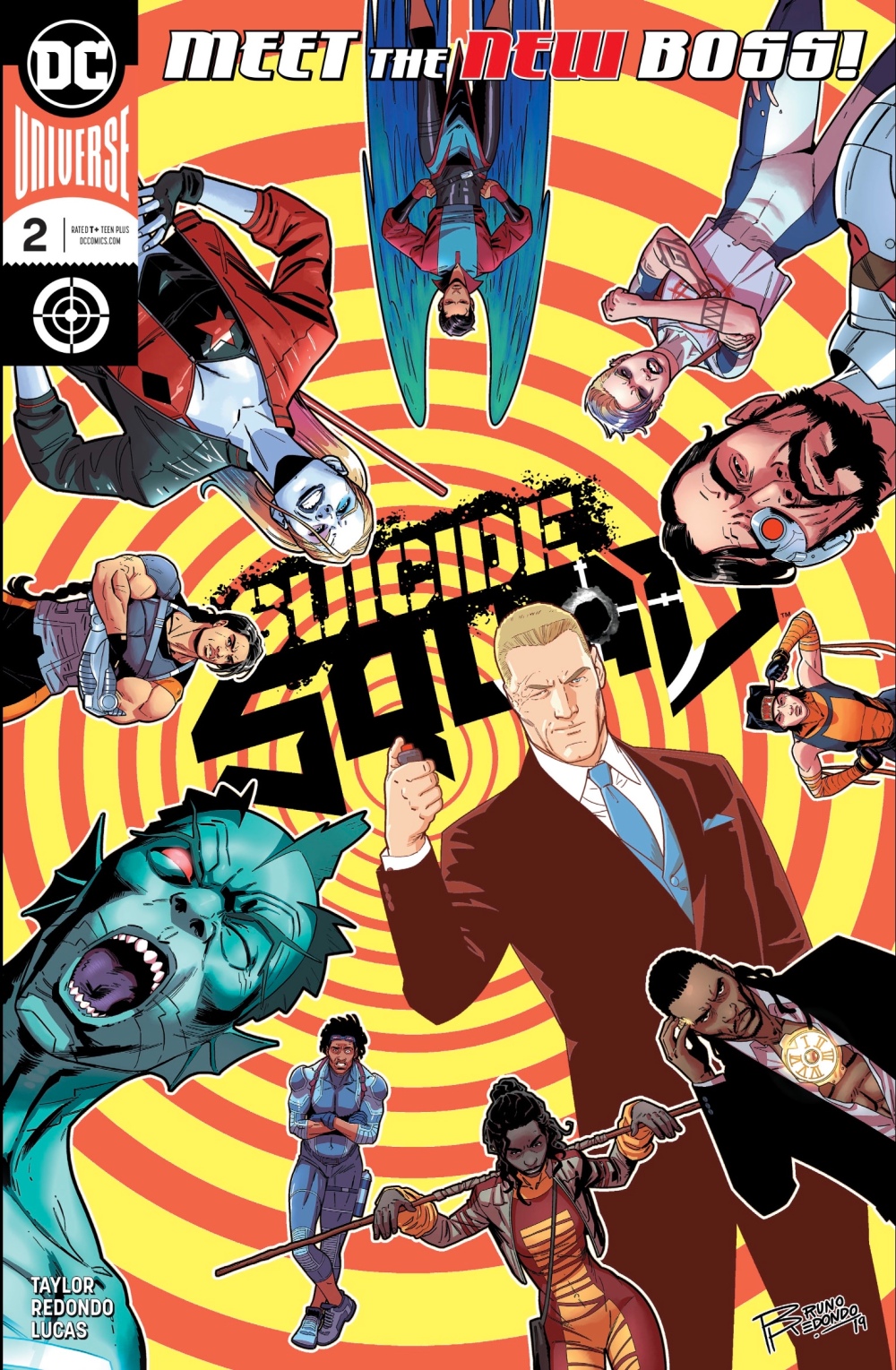 Amanda Waller is gone. She’s ceded her job as Task Force X supremo to the mysterious Lok. And where it used to be that missions were voluntary – a super convict agrees to be a covert op for the US in return for remission – there are new rules.

It doesn’t actually sound like a bad deal, except that new recruits Fin, the Aerie, Wink, Thylacine, Deadly Six, Chaos Kitten, Jog and Osita and old hands Deadshot, Killer Shark and Harley Quinn can’t turn down the deadly gigs. And Deadshot is the only ‘Suicide Squad’ regular to have survived dozens of missions, an awful lot of his partners have proven terribly temporary.

While teleporter Wink of the Revolutionaries sensibly suggests the two halves of the team get to know each other with a cinema trip, the one-eared Lok won’t hear of it. He has a mission for them right now – go to the island of Badhnisia, get rid of the sitting president and instal the US-approved new guy.

Split into two teams, the new Suicide Squad members duly embark on their mission, with Lok and his aide Zebra-Man calling the shots from a safe distance. And things don’t go according to plan…

I know, an elliptical pause! That’s to imply the tension in this second issue of the revamped series from writer Tom Taylor, illustrator Bruno Redondo, colourist Adriano Lucas, letterer Wes Abbott, editors Andrea Shea and Alex R Carr and the trusty production department folk. Little by little we’re getting to know the new characters, with aquatic telepath Fin getting the best showcase this time.

There’s action, deceit, reversals, suspense, humour, dialogue that’s snappy without being self-consciously smart-arse, and surprises aplenty. The book starts and ends in the same place, and flashes back in between, the circular structure building to a powerful pay-off – this isn’t ‘three days earlier’ for no good reason.

Taylor has done some great work at DC and Marvel, but I think he’s finally found his signature book – he’s plugged into the spirit of the classic Ostrander/Yale/McDonnell Suicide Squad but has bags of ideas of his own and a clutch of new characters to interrogate/kill. He’s developing a genuine ensemble here – while current DC sweetheart Harley Quinn’s around, and entertaining, she’s not hogging the action.

And a big, manly hug to Taylor for setting part of the tale in Badhnisia, the oldest Madeupistan in the DC Universe – it’s the mysterious place from which Johnny Thunder’s magical lightning hails.

Redondo’s art is a feast for the eyes, his characters living and breathing on the page. There’s not one who doesn’t pulse with rare visual life, while Lucas’s colours pop where appropriate and add emotion elsewhere. There’s a Pop Art quality to compositions that we’ve not seen at DC since Mikel Janin’s Grayson work, and a sniff of the great Saul Bass.