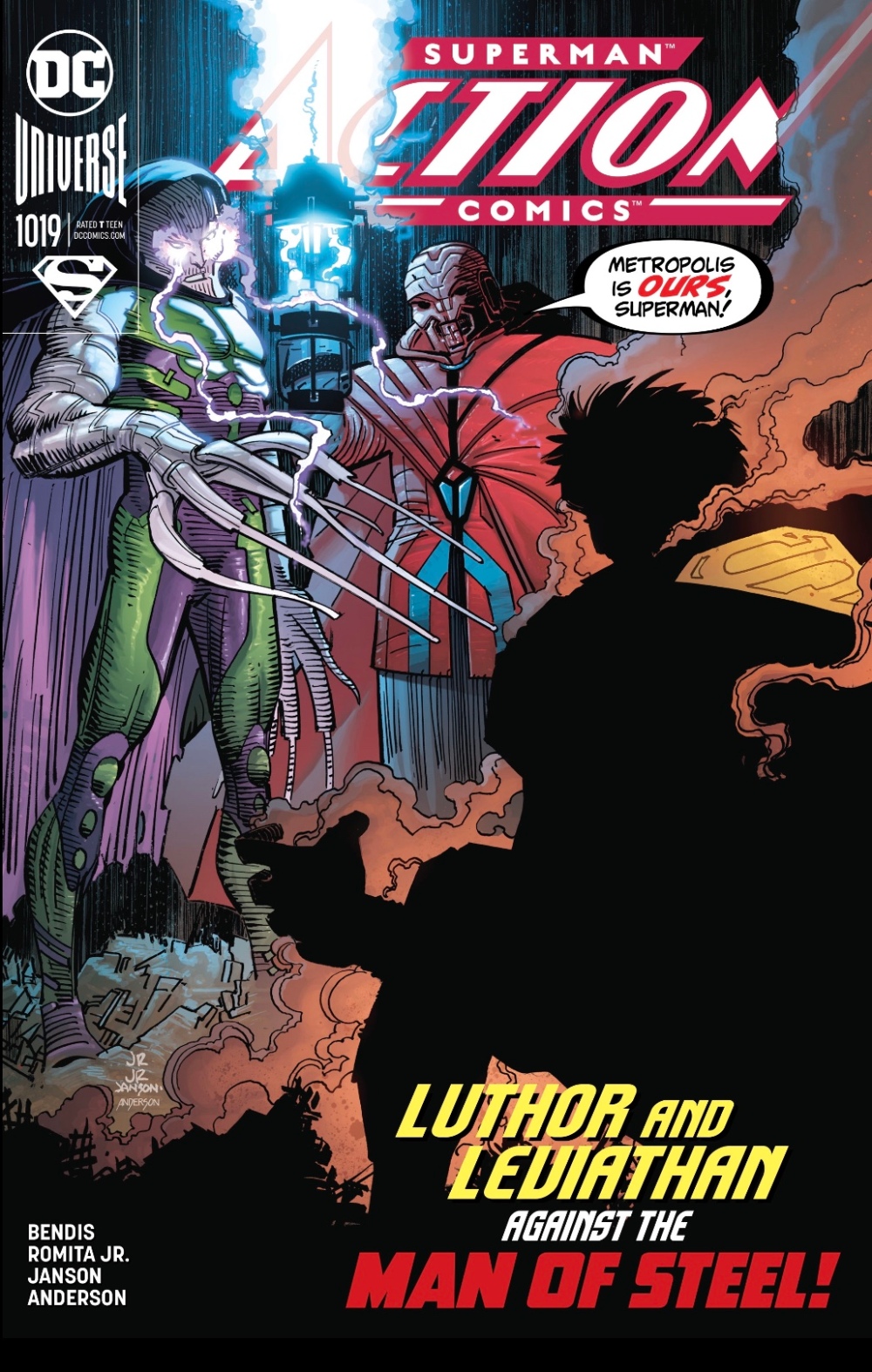 Superman is being attacked by Legion of Doom members Luthor, Brainiac, Grodd, Sinestro and Cheetah.

In flashback, we see Luthor and ‘friends’ recruit Leviathan, appearing for the first time since his big event.

And in a more recent flashback, Luthor arranges a meet/cute between Leviathan and Metropolis bad girl Red Cloud.

The Legion of Doom are piling on Superman this issue and I know how he feels. I’ve been reading these things a long time. I can handle multiple strands. Heck, some of the best times I’ve had are with comics juggling an A plot, a B plot, a subplot or two, and setting up a future A plot. What I don’t like are chunks of narrative that have been thrown into some story bag, jiggled around and rearranged in time for no obvious reason.

Seeing Luthor’s machinations with Leviathan and the big Metropolis fight as a back and forth muddies the reading experience. What is writer Brian Michael Bendis positing as the most compelling aspect of Metropolis Doom part 3? In the absence of any emotional heft, I’m all at sea. This comic is the most Marvel of any since Bendis came to DC; it reminds me of those issues of New Avengers in which villains stand around exchanging entertaining zingers while the point of it all lies half a trade paperback away. Not bad as a time passer, but ever more frustrating by the page.

Here, Luthor and Leviathan discuss the best way to achieve the latter’s hopes of a better world. There’s reference to a dangling plot thread from the Event Leviathan mini-series involving all the world’s secrets being revealed that’s a head-scratcher, to say the least. And Luthor wants the newly up-powered Red Cloud to deliver the killing blow once the Legion of Doom has softened Superman up. The other villains stand around, making the odd cutting comment, but being far too passive for a bunch of arch nemeses.

And why is Luthor faffing around with Superman at all? Over in Justice League, for what seems like years, he’s been plotting the end of things with galactic girlfriend Perpetua, having decided his now half-Martian state was above the petty rivalries of everyday supervillain-dom. Superman has been busy fighting him in the team mag, crossing realities in a bid to save Creation. Where does this Action Comics storyline fit in?

It doesn’t help that John Romita Jr and Klaus Janson are providing the art again this month; I won’t rehearse everything I’ve said previously, just reiterate that they wouldn’t be my first choice for a Superman story. They do give us the odd arresting image, such as that splash spread involving the tussle between the League and the Legion, and I like the attitude they give Robinson Goode, Red Cloud in her downtime.

Goode provides one of my favourite moments of the issue, as she chews Perry White out over the phone – she’s awfully cocky for a newcomer to the Daily Planet. 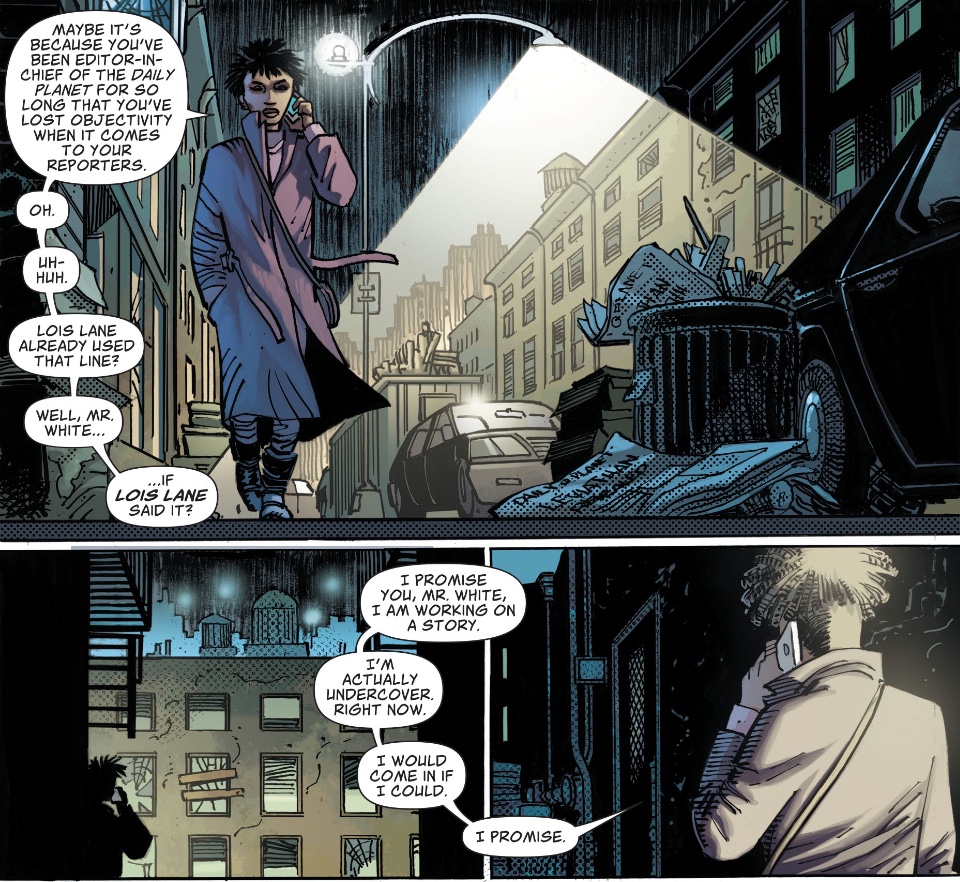 And there is a new element this issue, as we get our first look at Leviathan Island, where the mastermind – now known to be former Manhunter Mark Shaw – hides the spies he’s recruited. It looks like a rubbish place to live, less Utopia than vacuum cleaner.

Superman, the star of the show, is virtually absent, seen in just a handful of panels. On the cover – which is, shall we say, unprepossessing – he’s simply a silhouette with an S-symbol.

I’ve been enjoying the Bendis era of Action Comics a great deal, so a mediocre issue seems all the worse. Having Lex and his fellow goons here beyond the editorially mandated Year of the Villain issue is a mistake – the Legion of Doom makes everything worse. The Invisible Mafia/Red Cloud story Bendis has been building, coupled with the compelling crew at the Daily Planet, is more than enough to keep me happy.

And maybe the odd scene with Superman. That’s good too.