A New Year and a new batch of comics to buy. And the first one read, Dial H For Hero #10 – I had to know how this glorious Joe Quinones cover – presumably a homage to a specific Norman Rockwell Saturday Evening Post piece – relates to the inside.

Well, on a thematic level, it could be that Summer and Miguel are aspiring to be true heroes, like Bronze Age Superman and Supergirl. More likely there’s no specific link – Quinones had an idea for an image and knew he could knock it right out of the park (the interior contents credit Doc Shaner with supplying a cover for this one, I guess that was shelved but it likely did connect to #10). If, come December 2020, I compile a Covers of the Year post, you can bet this will be there.

As for the interiors, this is my favourite chapter in ages; last time I reviewed Dial H – it feels like ages ago but was only last issue – I was moaning about how the overarching plot was going on too long. Well, this issue certainly has the desired injection of narrative momentum.

It begins with the Operator – former H Dial User Robby Reed – explaining the Very Big Picture as Miguel and Summer zoom from world to world in a pimped-up mayo-themed food truck. As you do.

So, the Heroverse is on the edge of the Speed Force. What does it mean for the story? No idea, but I like the sheer cleverness of imposing a telephone dial on the Multiverse diagram originated by Grant Morrison in his Multiversity series. And I love that there’s no nod from writer Sam Humphries to the tedium that is the Dark Multiverse. 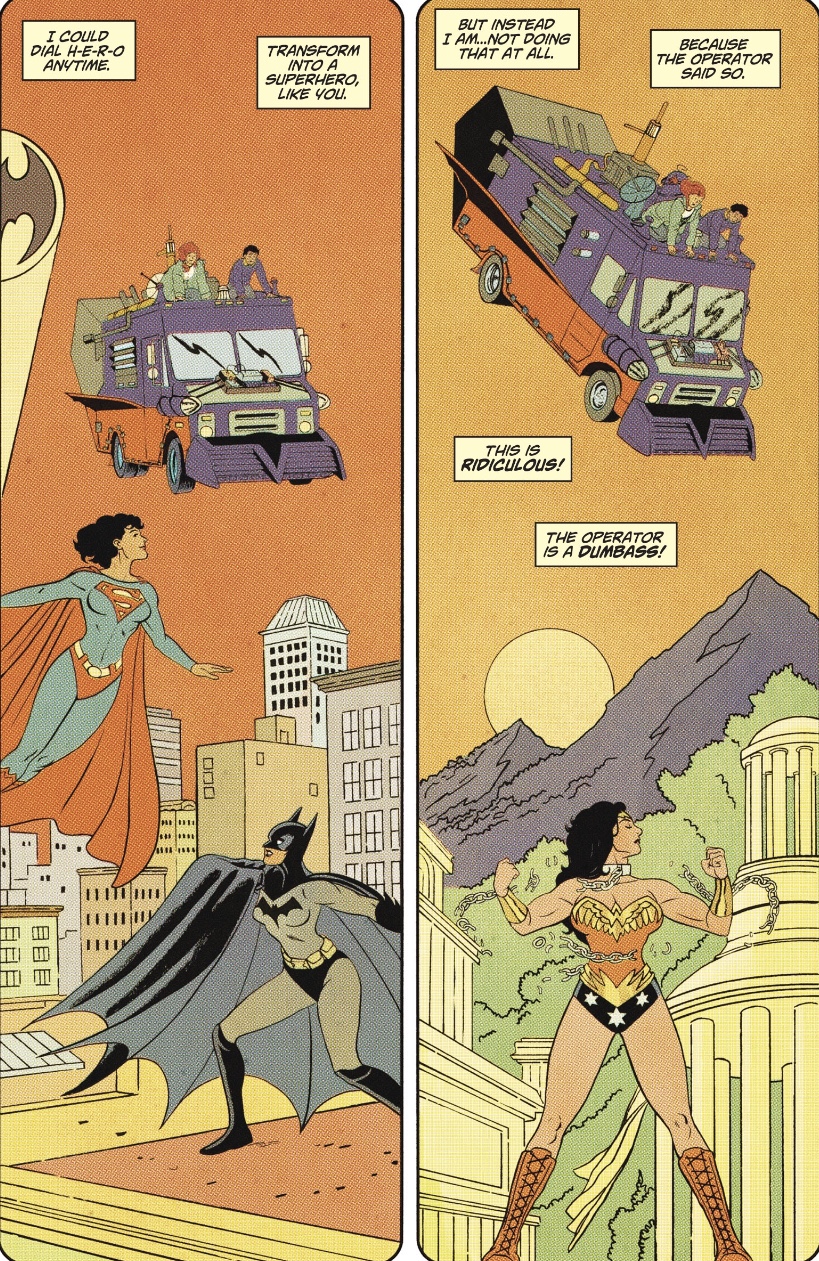 The worlds we glimpse are familiar, including that from the Wonder Woman Earth One graphic novels, and, I think, Superman #349, the fabulous gender flip issue from the Seventies. Our heroes don’t hang around, though, having been tasked by The Operator with finding the Y Dial, one of four ‘Cardinal’ H dials Robby’s opposite number – Mister Thunderbolt, also Robby Reed  (Facebook status – ‘it’s complicated ’) – wants in order to give everyone in the Multiverse super powers. That would, according to The Operator – be A Very Bad Thing.

Finally, the kids land on an alternate planet they can’t simply skip away from, Earth 32. 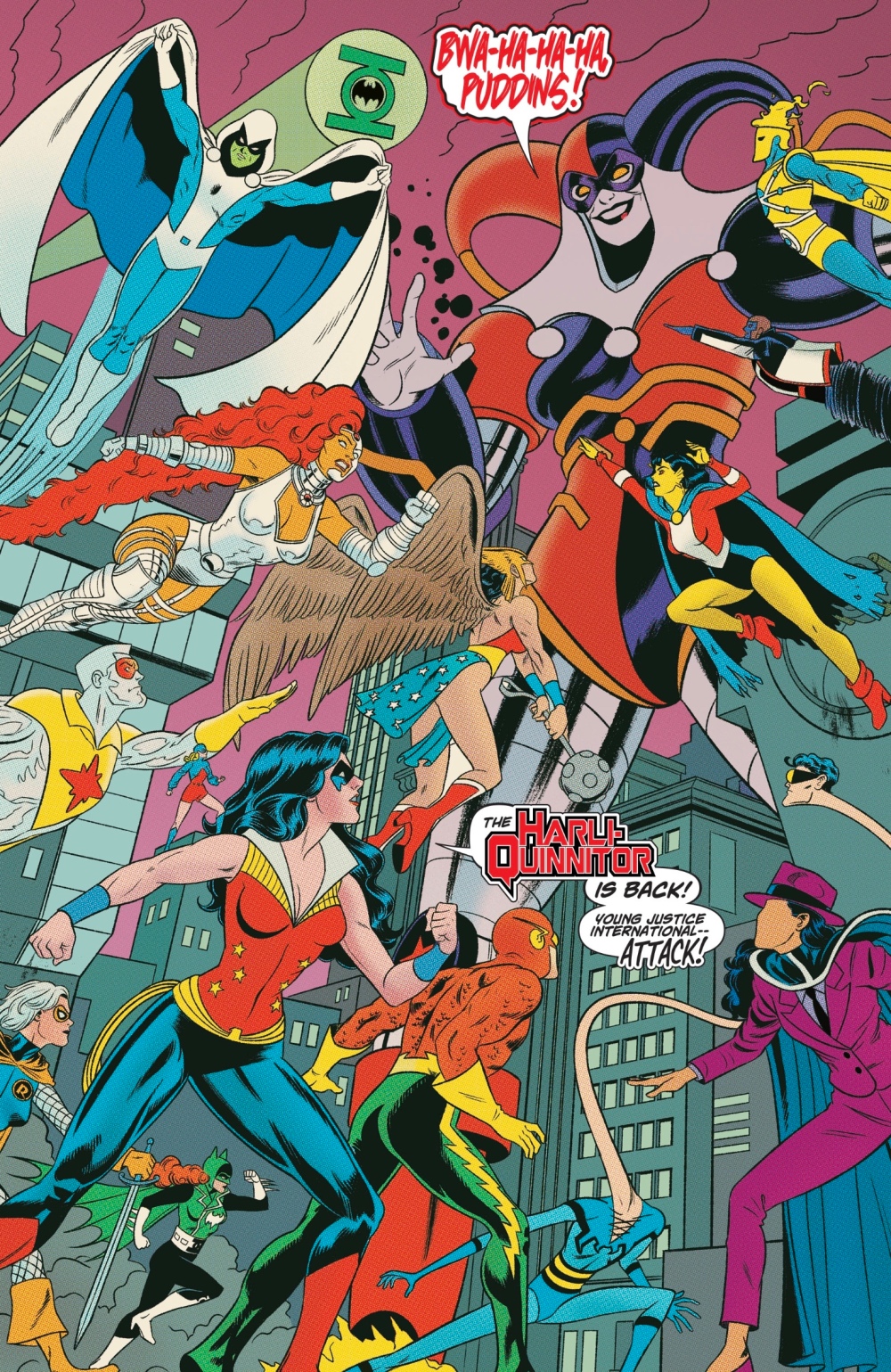 This is the world where the target Y Dial is secreted, but when Miguel gains access to it he ignores the Operator’s warning not to use it, and brings big trouble…

Joe Quinones’ art has always been a big draw – no pun intended – for this series, and once again it doesn’t disappoint, even though he has less opportunity than usual to show what an artistic chameleon he is. The pages are eye-poppingly attractive, especially that first Young Justice International splash… I’m not sure who he’s taking off, but there’s certainly a clean Tom Grummett vibe, and the colours of Jordan Gibson make this world seem even more inviting, Harli-Quinnitor and all. And Dave Sharp’s letters are as sharp as ever – I wonder if he’s ever had to letter ‘nominative determinism’?

As for Humphries’ script, it’s compelling, with big-screen Crisis-style action and lively character work… I like that over the issues the initially sensible Miguel and impulsively headstrong Summer have swapped roles.

All this, and a killer closing splash! Not a bad way to start 2020.