Once upon a time, the future Wonder Woman and her mother, Queen Hippolyta, found themselves in a strange land where another monarch wished to teach them a harsh lesson. 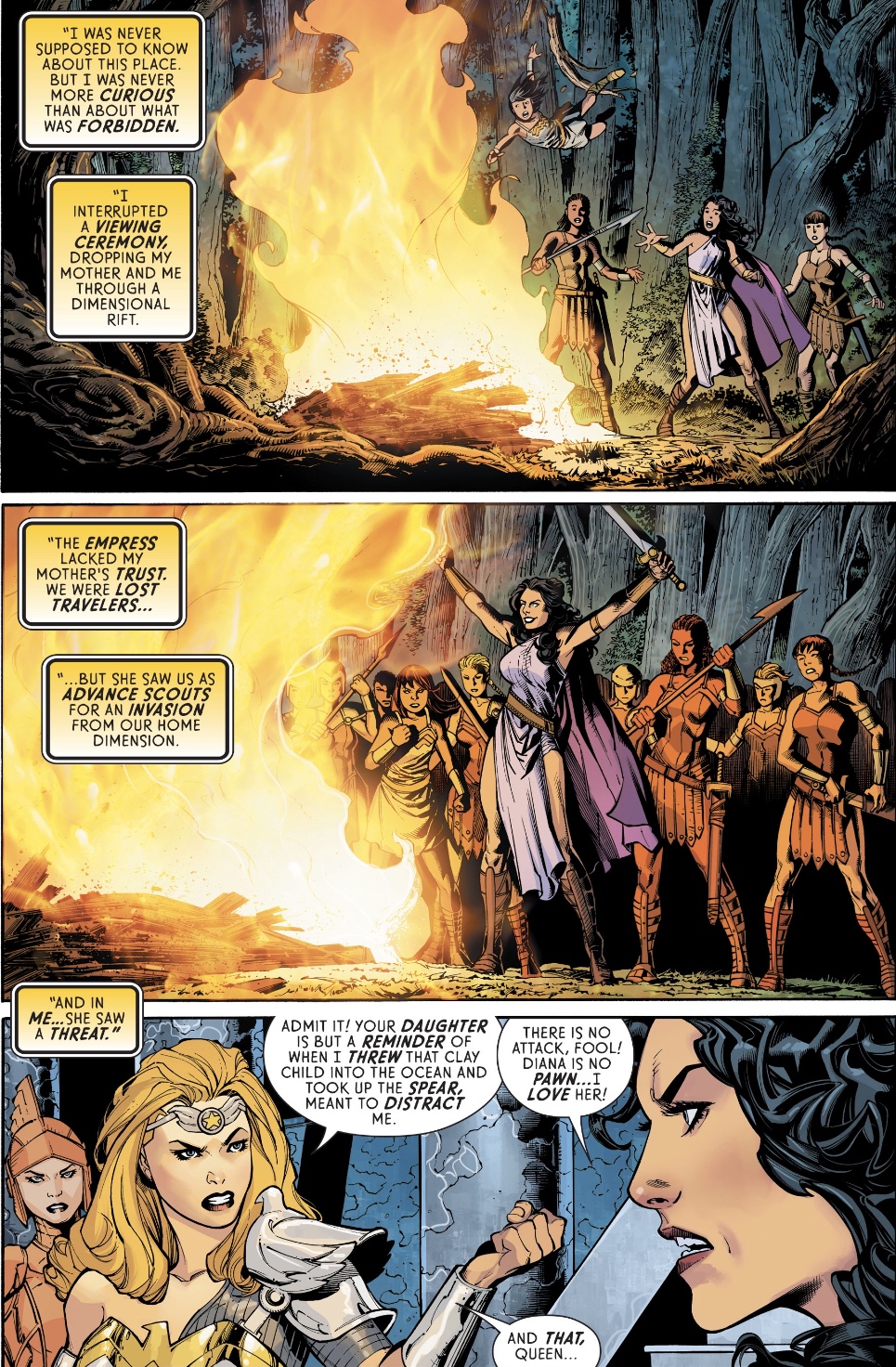 If the blonde Empress seems familiar, that’s because she’s also Hippolyta – a duplicate born in a dark mirror dimension created by the original, brunette Amazon ruler. The Empress issues a challenge.

And what a challenge it is.

But the games are interrupted. 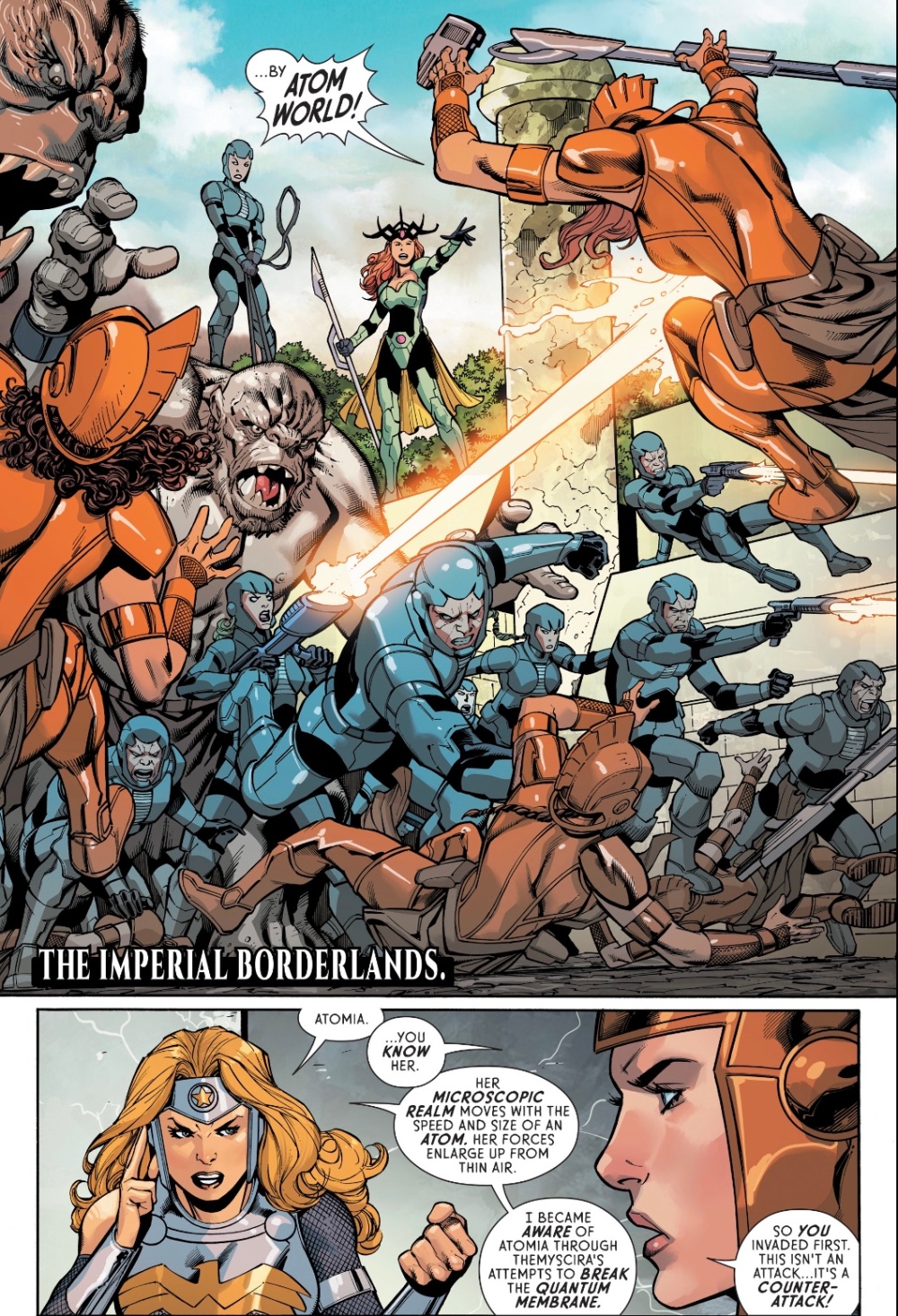 This issue of Wonder Woman is a fill-in, with tenuous ties to G Willow Wilson’s ongoing story.

And it is bonkers. A mirror world made by Hippolyta for a reason we don’t learn for a long time. Amazons who think nothing of locking up a little kid who’s done nothing to them. Kangas!

‘The Queen and the Empress’ is a timeless tale. Extra antagonist Atomia dates back to the Golden Age, but Orlando adds a smidgeon of the modern by linking her Atom World to the Microverse seen in his underrated Justice League America run. Then again, this yarn with a definite Forties flavour reminds me an awful lot of those early Seventies Wonder Woman issues in which veteran writer Robert Kanigher retold early Wonder Woman stories, some of which he’d written himself. Heck, I’d not be surprised to learn Orlando is himself updating a Silver Age tale, given that one of the Empress’s underlings is Sentry 1958…

Whatever the case, Orlando is having fun with his Get Out of Sane Free card. As is former regular Wonder Woman penciller Aaron Lopresti, whose elegant, imaginative work was such a great part of Gail Simone’s madly entertaining run. He’s not drawing the classic costume, but he does give us a classic Diana on the couple of pages on which she appears – she’s strong, warm, wise, altogether extremely approachable. Young Diana is equally eye-catching, a tornado of tween determination and spunk. It’s a great job all round from Lopresti, inker Matt Ryan, colourist Romulo Fajardo Jr and letterer Pat Brosseau. Fajardo also colours Jesus Marino’s cover art, a powerful representation of the contents – extra points for fine fold work on that dress.

Hippolyta is one of the most mangled characters in comic; sometimes the best mother in the world, sometimes the worst. Here, she’s both – loving queen and hate-filled harridan. But there is hope that the, well, imperious Empress will choose redemption after a nice little lesson from Diana that stays just the right side of saccharine.

While connected to the ongoing arc, this issue of Wonder Woman is basically a done-in-one. Easy on the eye and sharply written, it’s an all-ages palate cleanser for those who prefer their Amazon Princesses classic rather than sword-slinging. Recommended.