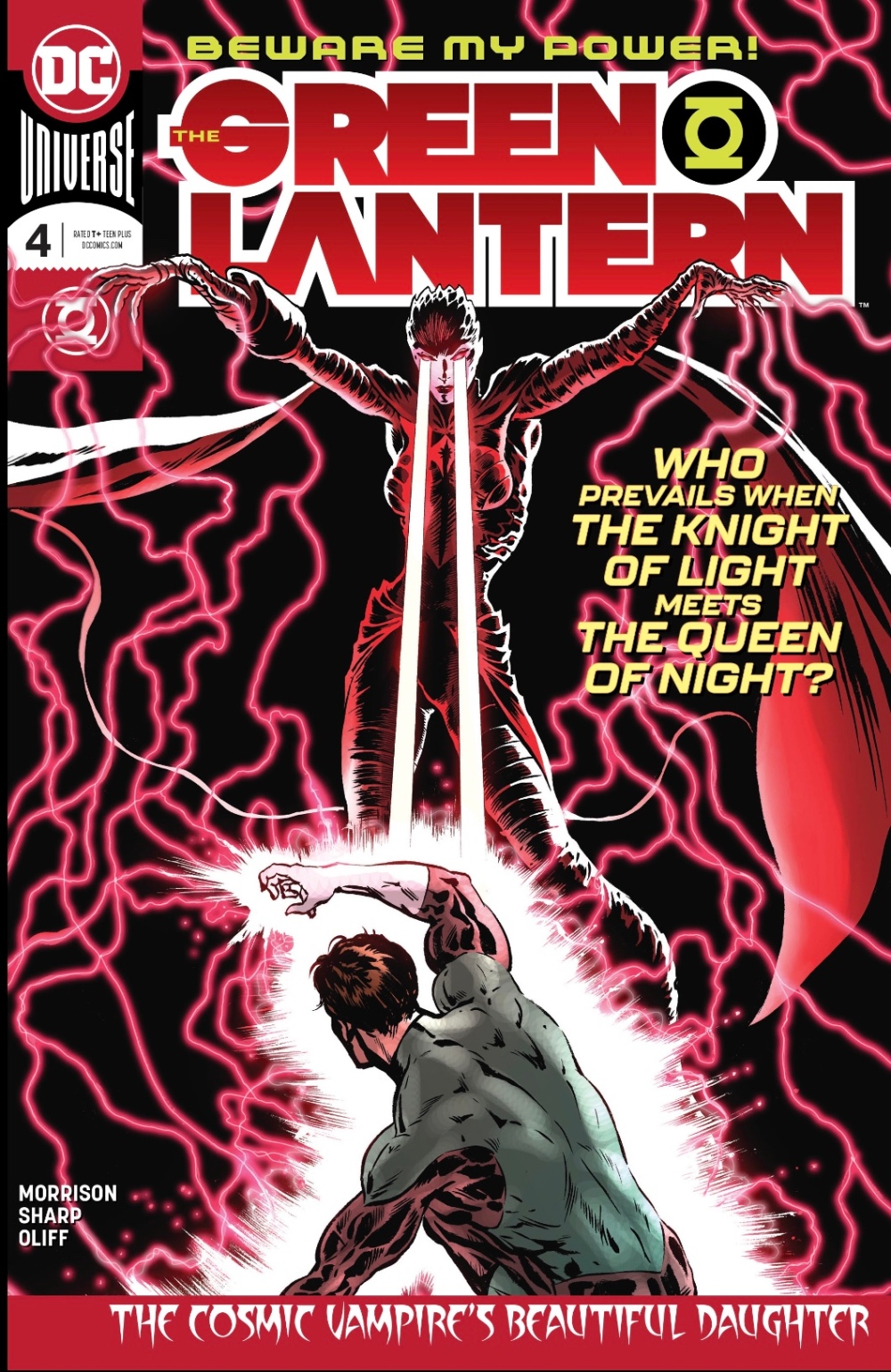 Last issue ended with Hal killing an intergalactic slave trader, claiming it was self-defence; it wasn’t. This month the book opens on a hypnotically beautiful alien world, where an insectoid being is trying to negotiate survival with a female humanoid. She wants entrance to a vault the native creatures jealousy guard. She also has a rather large bargaining chip. 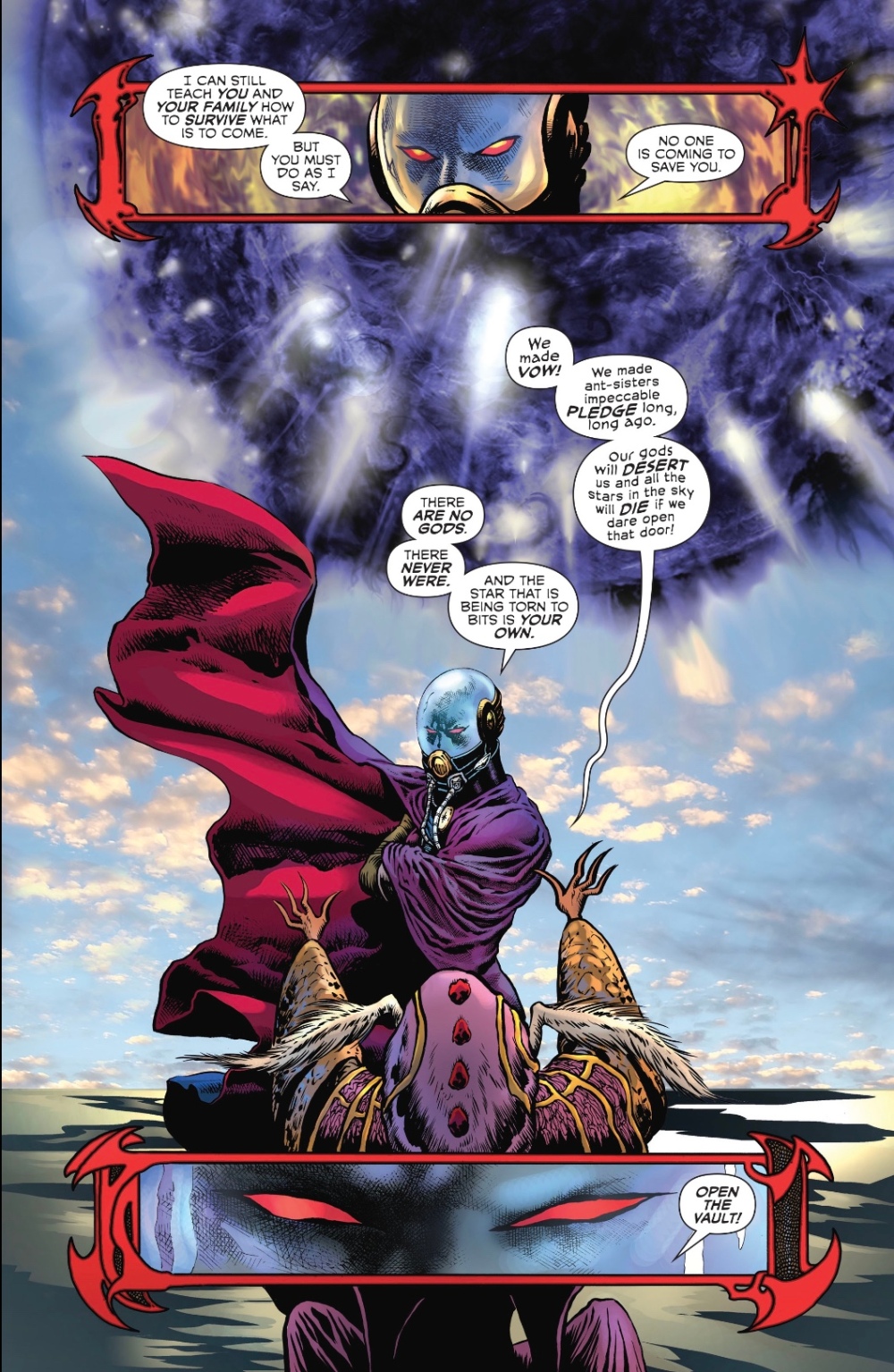 The scene changes and we find this is a tale being told to a space cowboy by a member of intergalactic group the Blackstars. The four-armed stranger wants to join the organisation, brutal rivals to the Green Lantern Corps.

The cowboy has a narrative or his own… what happened when three Lanterns arrived in sector 2814 to tackle the Sun Eaters. Their leader, Hal Jordan, had a plan… 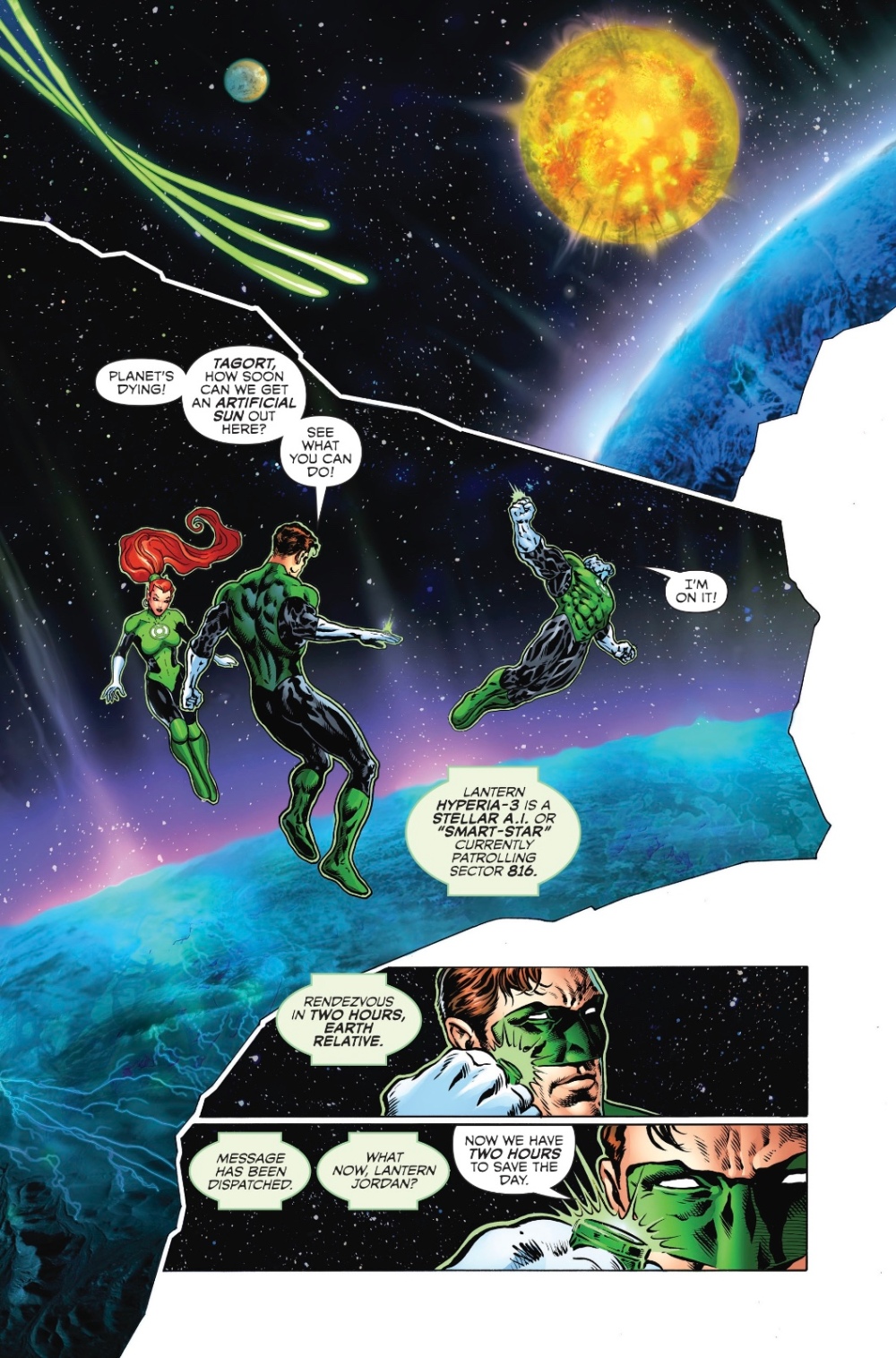 If you’ve read this issue, no further recap is needed; if you haven’t, what are you waiting for? This is one of the best Green Lantern issues I’ve ever read. Writer Grant Morrison uses the decades-long mythology of the DC Universe – the Sun Eaters from the Legion of Super-Heroes, the Darkstars, Adam Strange and probably more (Easter eggs include the Legion’s Sun Boy and Justice League 3001’s Lois Lane in a bar scene*). The cover-featured villain herself is, it seems, the child of an obscure Justice League villain of the early Seventies – by the end of the book she’s using his tech but seeming far, far scarier, courtesy of the astonishing art from illustrator Liam Sharp and colourist Steve Oliff.

From a first page that wouldn’t shame a Seventies concept album – likely deliberate, given the story title being a nod to an Incredible String Band album – to the sly final panel, this is a work of wonder. Sharp’s designs and storytelling combine to bring the best out of a typically dense Morrison script, while Oliff’s colours are pure comics cosmic. Fellow comics veteran Tom Orzechowski’s great-looking fonts complete the classy look.

And speaking of veterans, Morrison’s Hal shows what his years of experience mean – inspirational leadership and clever planning amid a massive crisis. Much as I like Kilowog, Kyle, John and co, Hal really is The Green Lantern. 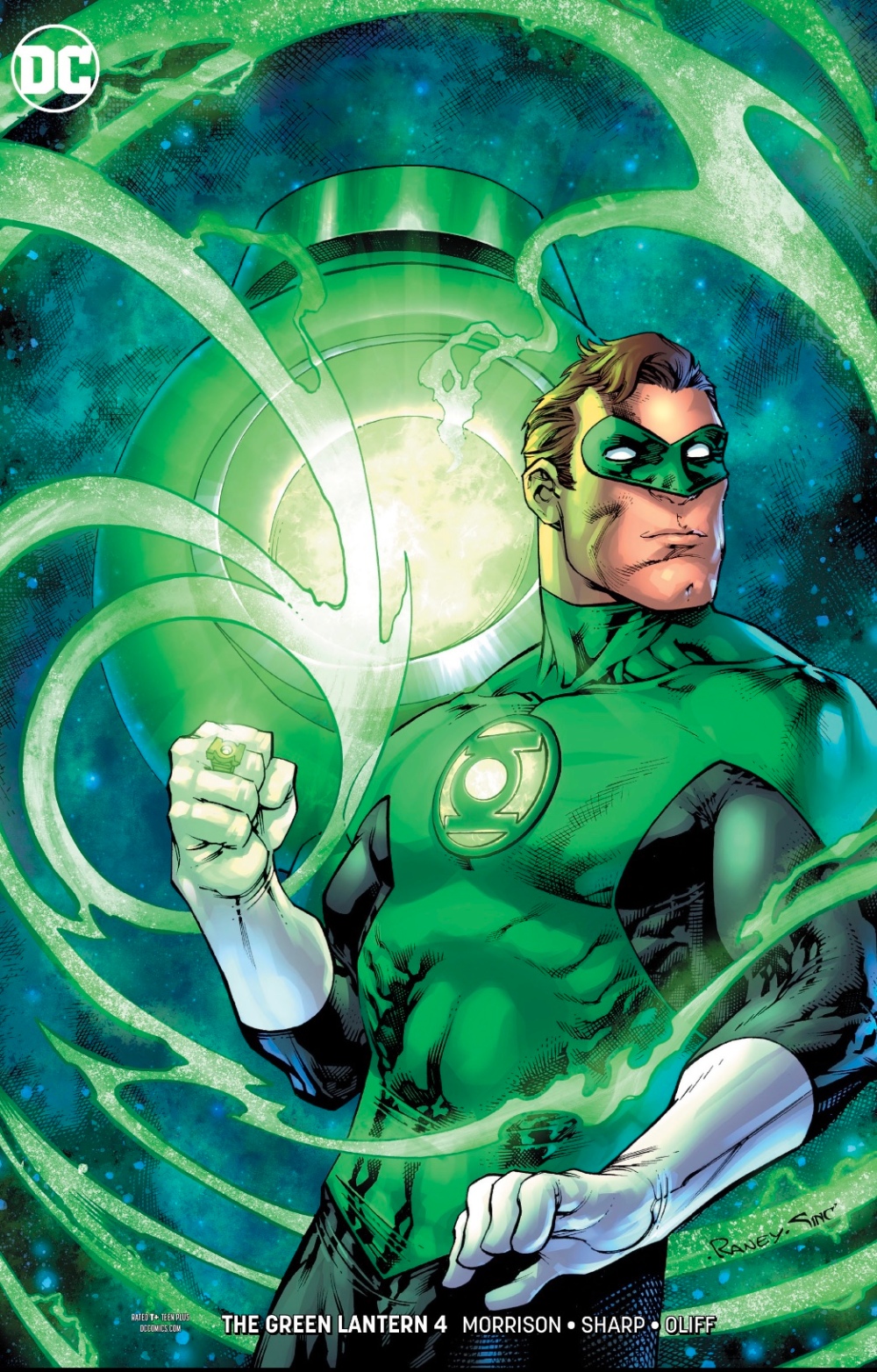 It’s nice to see the under-appreciated Tom Raney invited to produce a variant cover; the result, with colourist Alex Sinclair, might have benefitted from one last pass. The face looks off, unless Raney is visually punning on Green Lantern/lantern-jawed. The interior art team’s regular cover, though, is gorgeous – powerful composition, compelling colours.

I’d like to say a wee ‘thank you’ to editors Jessica Chen and Brian Cunningham – not too long ago, a creative team of this quality would be saved for a graphic novel – we’re privileged to be getting this work on a ‘regular book’.

* That one spotted by Anj of the brilliant Supergirl Comic Box Commentary – cheers, doctor!

3 thoughts on “The Green Lantern #4 review”