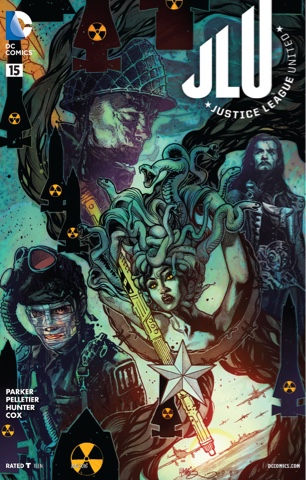 It’s not the war to end all wars. It’s the never-ending battle – a time loop of overlapping conflicts which has trapped Easy Company, the Creature Commandos, Omac, Enemy Ace and hundreds of ordinary fighting men on all sides. Can Justice League United – Stargirl, Robotman, Steel, Batgirl and Vandal Savage – save the day, year, decade? 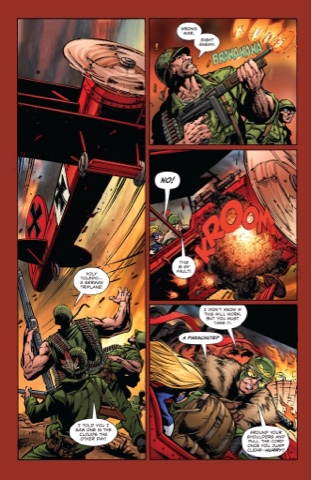 Firepower isn’t enough. If it were, the mission to France would have been over long ago. What’s needed is a chance to swap intelligence on the situation and build a plan using individual skills – work out who the interdimensional ‘breacher’ behind it all is. And while that individual appeared a couple of months back, on the final page of this three-parter’s opener, I’d not have pegged them as the villain. And yet it makes perfect sense.
As does so much else in writer Jeff Parker’s action-packed romp. The way Sgt Rock rallies the troops. Enemy Ace’s stoic self-sacrifice. Steel repairing GI Robot… 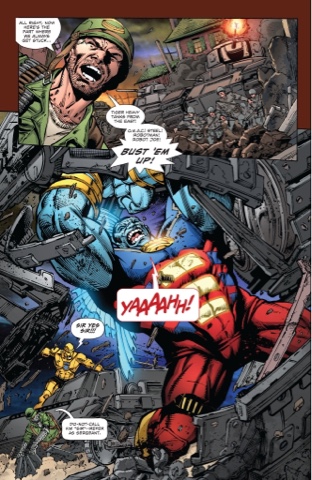 … and Robotman Cliff not actually revelling in war, but enjoying the rush of the moment. 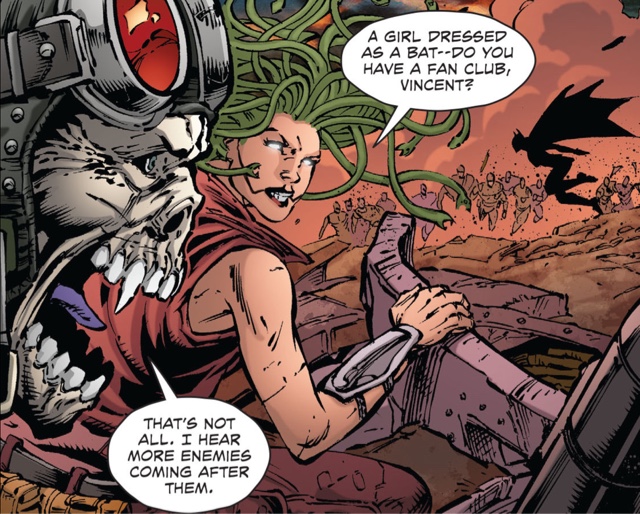 Parker’s well-worked plot leaves room for these nuggets of characterisation and more, making it all the sadder that DC is cancelling this series. These past three issues, in particular, may represent the most fun DC has given us this year. 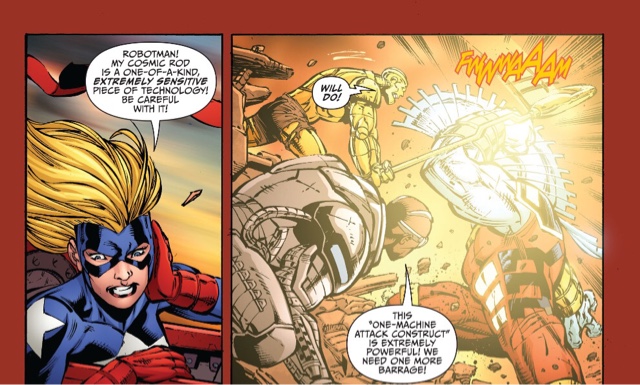 That’s also due to the sheer joy of Paul Pelletier’s expansive illustrations, inked by the ever-sharp Rob Hunter; every page is full to the brim with individuated people – superheroes, GIs, Nazis, future soldiers. Then there are the guns, planes, explosions… I think it’s safe to say he really enjoyed drawing this one. One spread, in particular, is just comic book goodness, but I’ll leave you to discover that for yourself – sometimes you need the turn of a page.
Jeromy Cox finds ways for the seemingly hundreds of combatants to exist on the same page without their colours also clashing, while letterer Steve Wands puts the words across with style. As for Tony Harris’s cover, it’s a winner, but I’d love to have seen what the interior artistic team could do.
There’s real affection for DC war comics here, intelligently crafted titles that didn’t
take a simple view of the conflicts they remembered or reflected. And there couldn’t be a better last thought on this Armistice Day than the return of the traditional closing words…