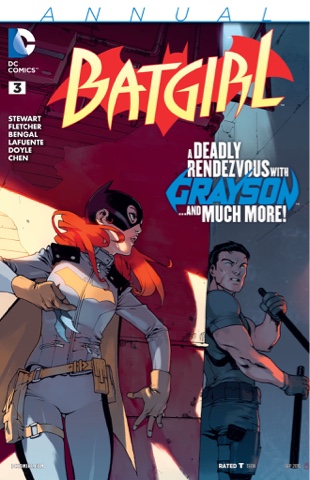 Now there’s a cover that teases. The first meeting of Barbara Gordon and Dick Grayson since he was supposedly killed by Lex Luthor and went undercover with the super-secret Spyral organisation. 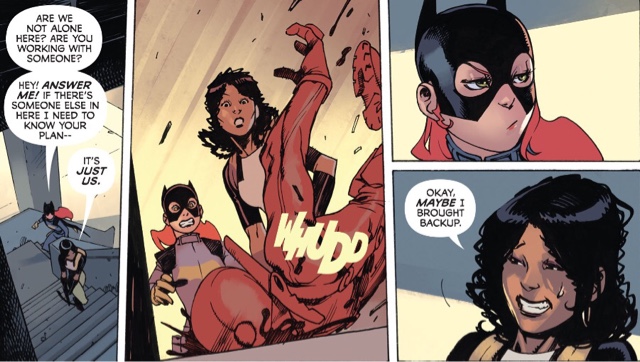 Dick is in Gotham with partner Helena Bertinelli for some old spy guff. Kidnapped diplomats, secret weapon, blah blah. Babs is investigating the same case from another angle, and meets Helena for the first time while sneaking into a Gotham building that’s a notorious favourite of bad guys. Helena can’t avoid a team-up, but Dick – who’s a couple of minutes and perhaps one floor ahead of them – cautions that his ex can’t know he’s alive. Keeping them apart is a tall order for Helena. 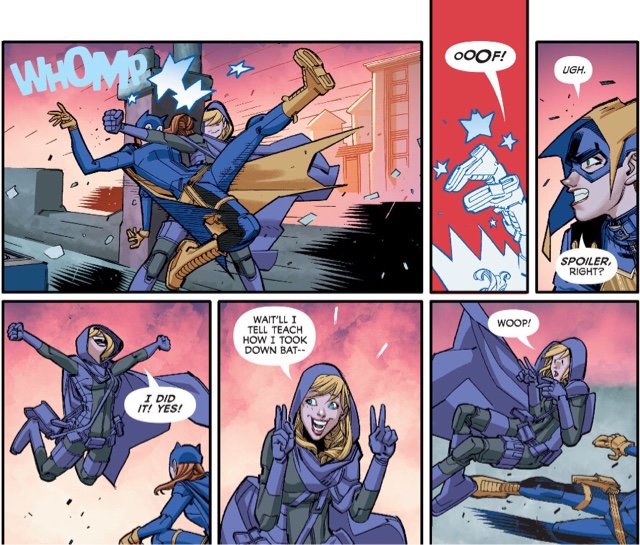 That concept alone could make for a fun annual, but writers Cameron Stewart and Brenden Fletcher give us more, much more, truly fulfilling another cover tease. After Batgirl’s adventure with Spyral ends – climaxing in a hilarious bit of business involving a double take – and the spies return to HQ, Babs continues tracking down the bad guys. And the trail leads her to team up with, in short order, Spoiler, Batwoman and Olive & Maps of Gotham Academy. 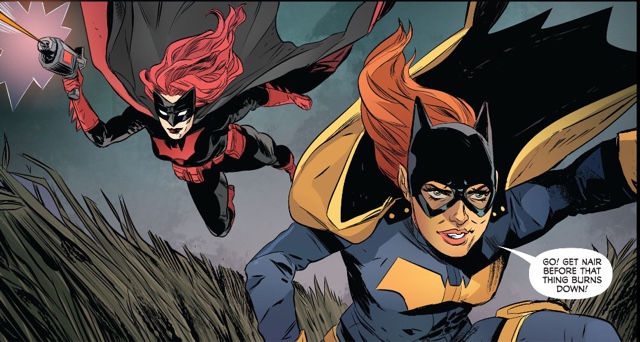 This is one time rotating illustrators and colourists in an issue works, as it lets us see how Barbara would appear if guest starring in other books; and let me tell you, she needs to appear in Gotham Academy lots, as she looks great rendered in that series’ style. Her mini-adventure with the schoolkids is a delight. I like her run-in with the equally enthusiastic Stephanie Brown too, and the encounter with Kate Kane is also worthwhile – Batwoman is less grumpy than usual, and there’s a sweet Wicker Man nod. 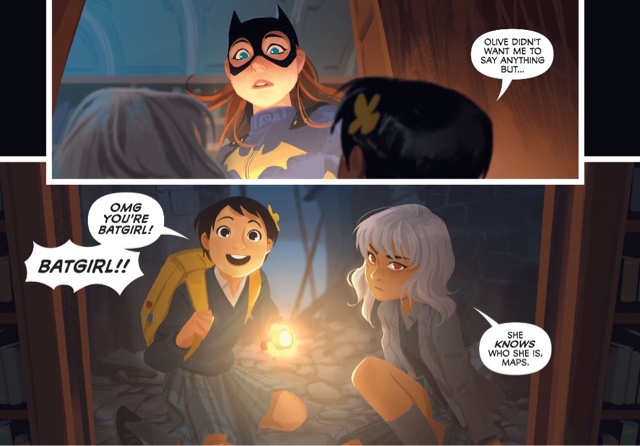 This whole issue is a hoot from start to finish, as Stewart and Fletcher give us fine takes on characters with whom – Maps and Olive apart – they’re not associated. Babs plays supremely well with others, as she pretty much auditions to lead a new version of The Brave and the Bold. Partnering the writers are a bevy of excellent artists: Bengal, who impressed on the recent silent issue that tied into Batman: Endgame, on the Grayson section; David La Fuente on Spoiler; Ming Doyle on Batwoman; and Mingjeu Helen Chen on Gotham Academy. Bengal and Chen handle their own colours, while Gabe Eltaeb and Ivan Plascencia handle everything else. And the estimable Steve Wands does all the letters.
Heck, it’s just a shame they couldn’t extend the adventure to Gotham After Midnight, but you can’t have everything.