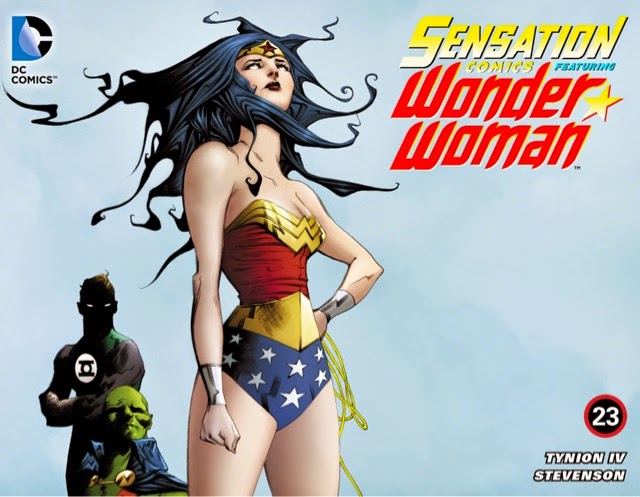 Today is Riley’s birthday and she’s under the boardwalk, down by the sea, and feeling a bit rubbish. She’s gone to the arcade with her pals but a gang of boy chauvinist pigs won’t let her play. Then she makes a new friend. 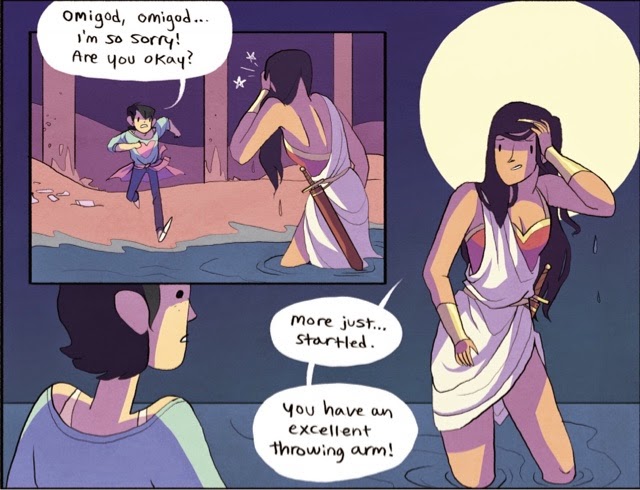 It’s Wonder Woman, or rather, the teenaged Princess Diana of Paradise Island, who’s slipped away from her tutors/bodyguards to explore the outside world. And she’s determined to help Riley have the fun any girl deserves on her big day…

The most immediately striking thing about this digital DC comic is the art by Noelle Stevenson, creator of the Nimona webcomic and one of the writers of the hit Lumberjanes series. It’s a million miles from classic Wonder Woman, but hugely effervescent and perfect for the story. I’m not keen on the use of shadows on the face, it’s distractingly odd, but such is Stevenson’s style; overall, I like it. Diana is a firecracker, while Riley looks a little like her artist – there’s an appealing openness and strength to both young women. 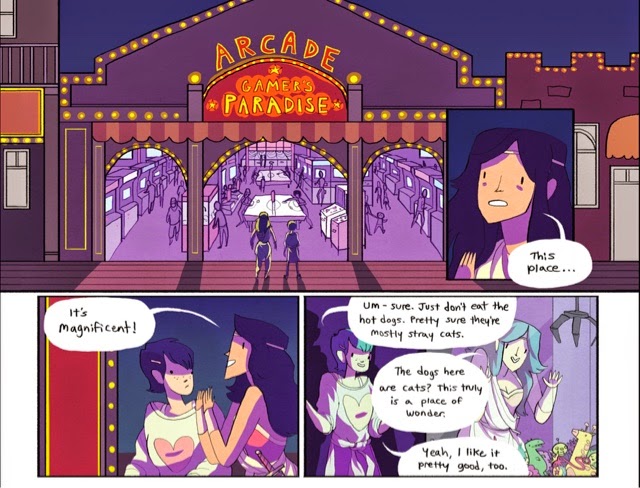 James Tynion IV’s story is charming, and the challenge Diana faces when cliffhanger time arrives is certainly unusual. I’m really enjoying what we have here, the tone reminds me of the William Messner-Loebs’ Nineties Wonder Woman run before Artemis arrives.

This is another steal at 99c and I hope Sensation Comics never ends.