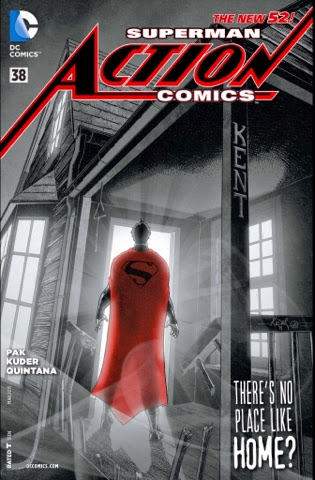 I’ve read Superman stories stories previously that dipped their toe into the horror waters. There was that time he met Dracula and Frankenstein’s Monster. The business with Batman and vampires. A ghost at the Tower of London.

But this, this is something different. It’s proper nailbiting, disturbing horror as the ‘Smallvillains’ storyline continues with Superman faced by his parents – who died half a lifetime ago. Not lovely, benign, see-through spooks, but twisted, reanimated corpses saying truly harsh things. 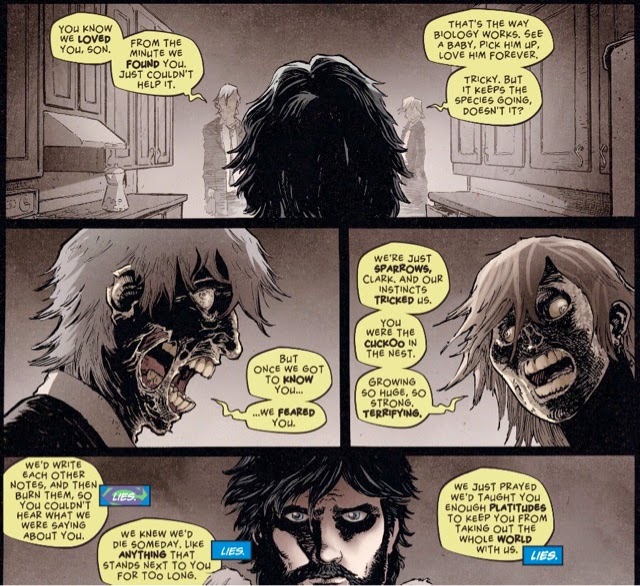 I’m not sure what’s more disturbing, the way they look or what they say. Of course, it’s all part of the master monster’s plan to neuter the threat of Superman by thoroughly disarming him. But Superman being Superman, he doesn’t crumble, he fights back.

The fact that still-living friend Lana Lang is throughly embroiled in proceedings guarantees he’s not going to cave. And with Steel and the new Toyman at his side, he’s not alone.

Things get more complicated yet when aspects of the creature – which, as I expected, hails from the Phantom Zone – begin appearing on the backs of those gathered around the haunted Kent farmhouse, and they’re not easy to remove. 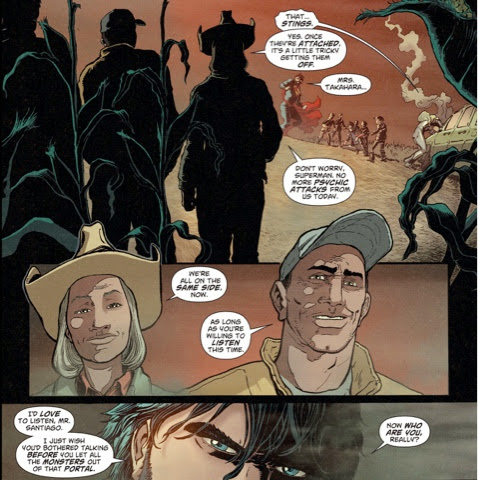 And is the psychically powered trio of elderly Smallville folk who’ve been acting like a creepy chorus for the last several issues telling the truth when they claim their weird behaviour has been them trying to protect the town? Given their previous form, and spaced-out expressions, I very much doubt it.

Writer Greg Pak, artist Aaron Kuder and colourist Wil Quintana blend talents masterfully here, producing a unique Superman story. I’ve never read such an intense horror tale involving the Man of Steel – the imagery, the internal and external dialogue, it has me trembling almost as much as our hero. Clark’s journey through his old home, following the not-quite-right voices of his departed parents (letterer Dezi Sienty deserves a nod for some good, atmospheric work) is as eerie as a well-crafted haunted house movie. I hope I’ll soon forget the Kent cadavers in their funeral garb, a twisted take on American Gothic, but I doubt it. While every panel earns its space, the money shots are truly memorable, whether veering towards the scary or emphasising emotion, like this full-page panel. 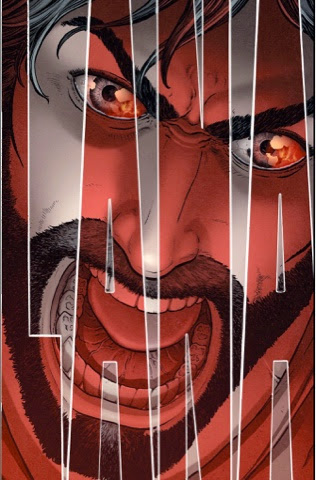 The superb close-up of Clark, the way ‘Lana’ is integrated into the image, the fire reflected in his eyes – this is the kind of work that wins awards, showing just what the Pak/Kuder/Quintana synergy can do.

This issue begins, though, with a sequence drawn by Jae Lee and June Chung continued from last issue’s flashback, showing us young Clark facing his first monster. It’s gorgeous and powerful, but perhaps only there because Action Comics is a $3.99 book and 22 pages may be a couple more than the Kuder/Quintana pairing can turn out in a month. Given the difference between a $2.99 DC Comic and a $3.99 one is just two story pages, I’d prefer the price of Action to drop – good looking as the ‘extra’ pages are, I’d be happy with a pure Kuder/Quintana story.

Which is the nearest to a complaint I have about this rather brilliant run of Superman stories. The current plotline is a few issues old, but still feels fresh, and easy to jump into.

The big question for me is how on Earth Clark and Lana will move forward after the way the creature has sullied the memory of their parents. And while Superman may eventually eradicate the doubts planted by the corpse-puppets in his waking mind, they’re going to linger somewhere in his psyche. Having a mental-powered friend such as the Martian Manhunter or Saturn Girl ease his anguish might seem an easy cop-out, but I’d rather that than have Clark – and indeed Lana – lying awake at night, reliving these dark events.

Read this comic and see if you don’t agree.