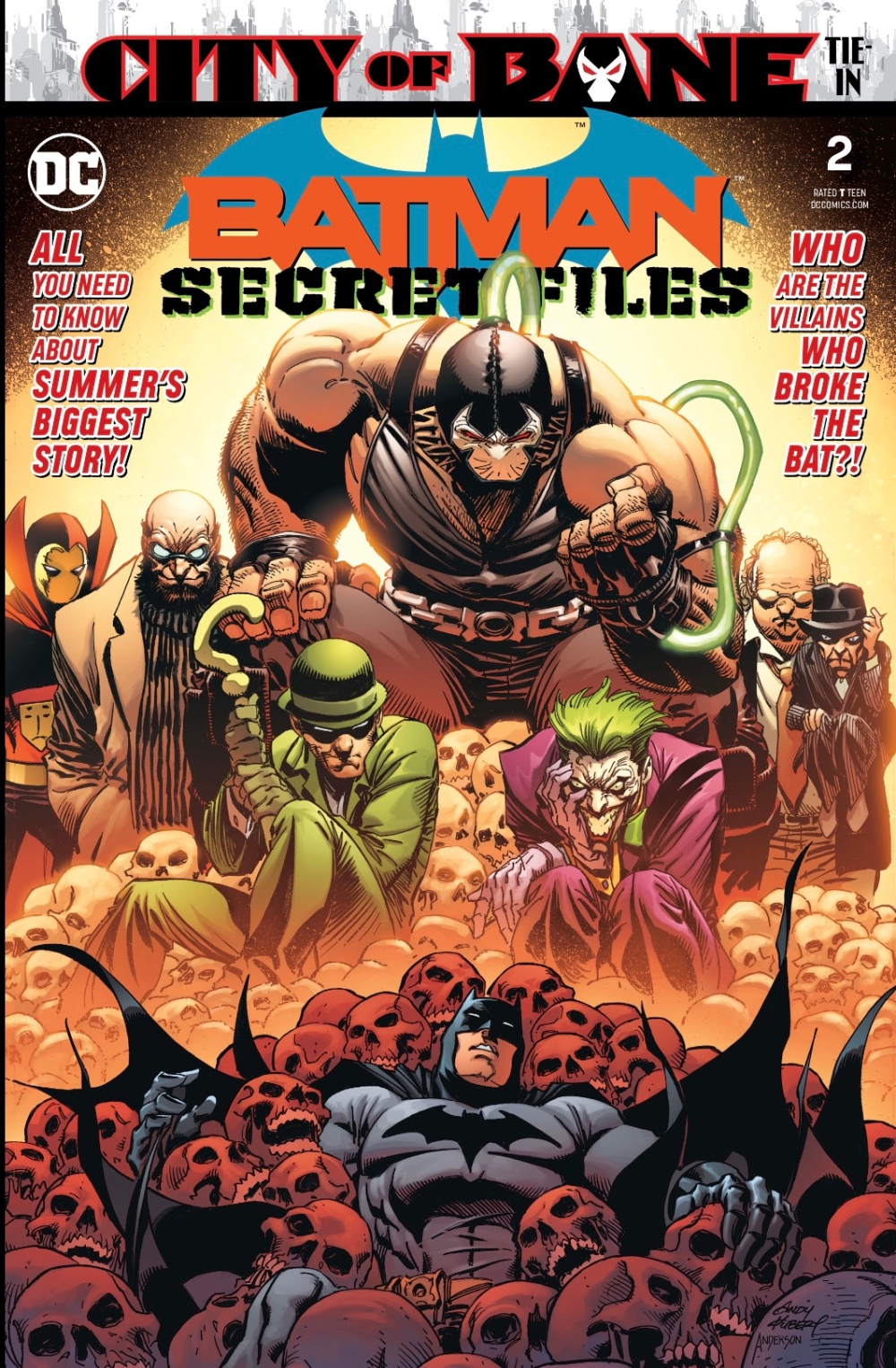 In the late 1990s and early 2000s the Secret Files and Origins specials from DC Comics were an occasional treat. Sure, their mix of short strips and Who’s Who-style feature pages didn’t always make for brilliant, essential reads, but the gem-to-clunker ratio made them worthwhile buys.

And now here’s Batman Secret Files #2, a tie-in to the City of Bane story in the regular Batman title. While no origins were promised, surely we could expect some secrets? Sadly, of secrets, there are none. This is simply a collection of strips featuring characters from the storyline, the usual Arkham Asylum suspects; there’s no new information illuminating the showcased baddies.

The sheer familiarity of the selection is manifest in the choice of lead strip, If the Suit Fits, a spotlight on the Joker, DC’s most overused villain. It is, though, the best thing in the book. The premise is that the Joker has kidnapped Batman and wants to have fun in his suit – but first, he has to get it off the Caped Crusader.

The art by illustrator Amancay Nahuelpan and colourist Trish Mulvihill is a treat, crisp and lively, while letterer Steve Wands adds to the gaiety with the in-favour Jokerfont. I especially like the use of low-angled shots, and the little cowl shapes on the Bat-boots – branding has always been vital to Batman. The big surprise is that this is written by artist Andy Kubert – mind, given he’s lettered, coloured, inked and pencilled in his time, why wouldn’t he be able to put a script together. Is someone planning a bit of writer-artistry, I wonder?

He Helps Us garbs the Psycho-Pirate in a truly grim Glam Rock costume, with matching hair, for a brief outing as a cult leader, to push the current Tom King line on Batman’s psyche.

No thanks. Collin Kelley and Jackson Lansing write, Carlos D’anda draws and I draw away.

The Riddler tale, Alone, may be too clever for me. The set-up is that an Arkham psychiatrist is talking to the Riddler about a recent killing spree, flashbacks show us Batman getting closer to the villain, ultimately capturing him.

I love that writer Mairghread Scott challenges the reader to solve the puzzle, but without an opening question I didn’t know what I was looking for. The script seems to know what it’s doing otherwise. The art by penciller Giuseppe Camuncoli and inker Cam Smith is decent. 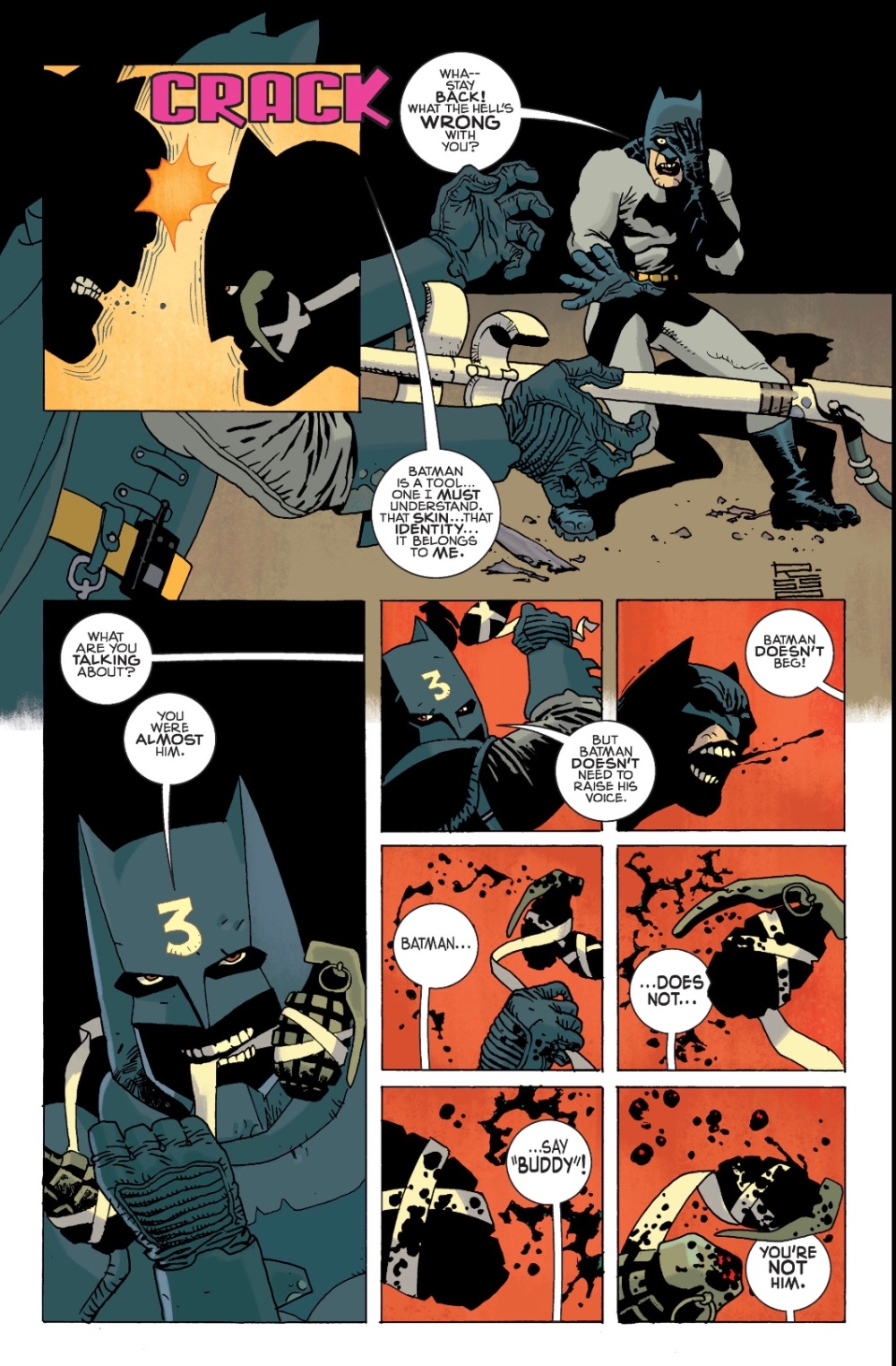 ‘Alethephobia’ means ‘a fear of truth’ and it’s the title of the final story. It involves yet another flashback to the early days of Bane in Santa Prisca prison and comes closer than any of this issue’s other entries to providing insight into a villain. 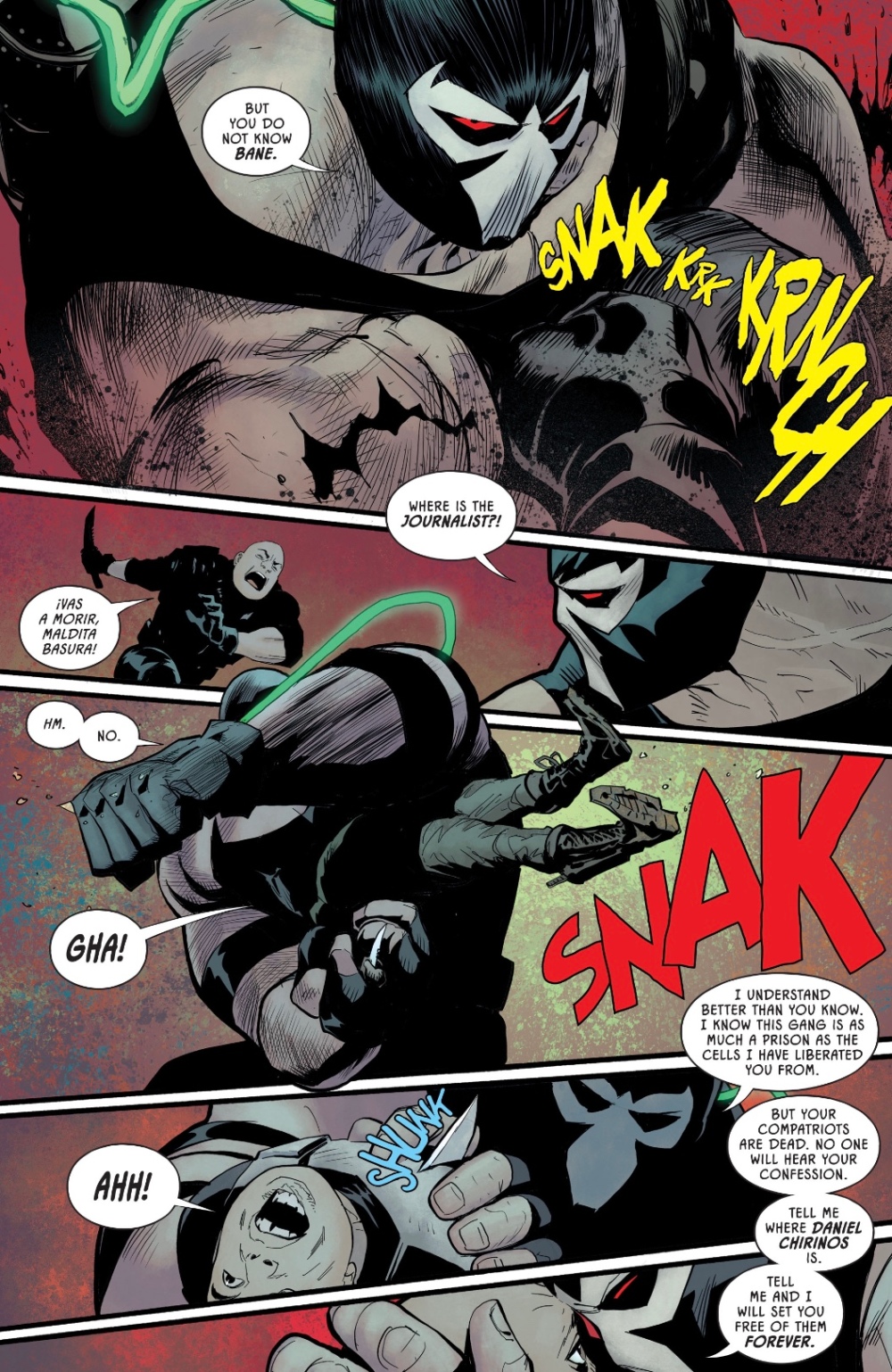 In the end, it’s just the old ‘Bane won’t be seen to be vulnerable’ bit, though well-crafted with a sharp script by writer Tim Seeley and dynamic art by Patrick Gleason. As a lead-in to last week’s Batman #75, this will likely be enjoyed by Bane fans, but I’ve never been one for bulky baddies who speak in the third person.

Andy Kubert and colourist Brad Anderson’s cover is a fine piece of work, hinting that Scarface and the Ventriloquist were at one time slated for this issue. It’s a shame they’re not here, as they’re always good fun.

As it is, this is a serviceable collection of tales, with one outstanding story. There’s every chance you’ll enjoy it more than me. If you do, let me know. And if you can explain the Riddler story, extra points.