I’m a sucker for new X-Men line-ups. And the one that’s assembling in the latest Astonishing X-Men series has real promise.

The set-up, established last issue, is that after a period of being evil – not his fault, honest – Alex Summers aka Havok – wants to lead a new team of mutants, doing good for the world. But because of that villainous blip, the existing X-Men teams don’t trust him, and fear he’d besmirch their name (because none of the X-Men has ever gone Dark temporarily…). So he’s approaching non-allied heroes to put together an off-the-books group. First, he hooked up with Hank McCoy, apparently in one of the odd months he’s neither an X-Man, Avenger, Defender or X-Factor-er, and they were instantly attacked by longtime X-foes The Reavers. Happily, the Beast, currently working as a lecturer, has another old chum on site.

And someone else turns up to assist. 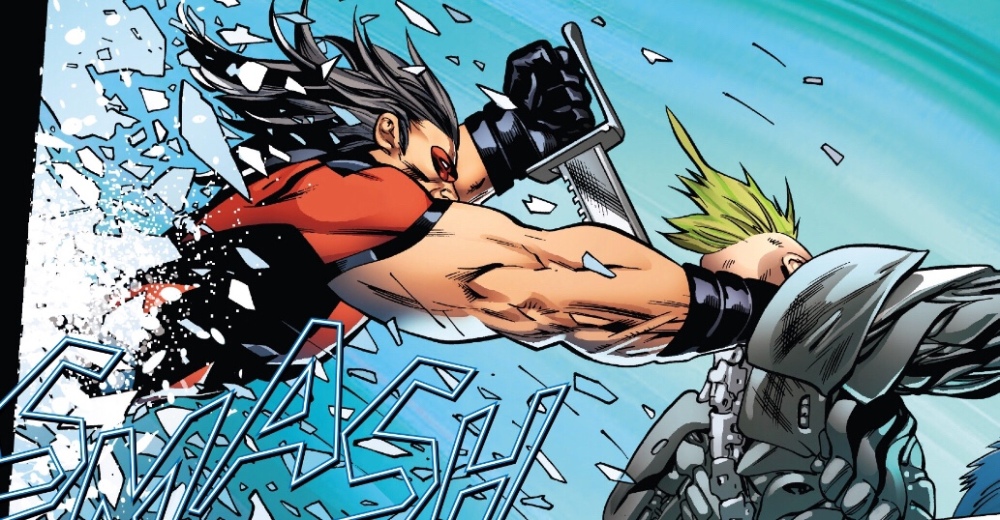 Reavers ravaged, Warpath explains that X-Men leader Kitty Pryde has assigned him to keep an eye on Havok. Which means that he’s acting as a member of the new squad without officially being one. Havok, though, wants a dedicated strong guy.

Strong Guy being unavailable, Alex and Warpath find an old pal who’s at a loose end.

Having learned from a broken Reaver that there’s a hit list of mutants, Hank suggests he, Havok, Colossus, Banshee and Warpath find the next person on it. So it’s off to a pop concert.

Alison Blaire’s rocking her old school disco look for an anniversary tour, and as it’s not going that well, she’s thrilled at the chance to join Havok’s new team. Sadly, it’s not her they’ve come for… it’s technical manager Forge, the mutant who can build any machine. Dazzler, who it turns out was wearing a wig, is not impressed. 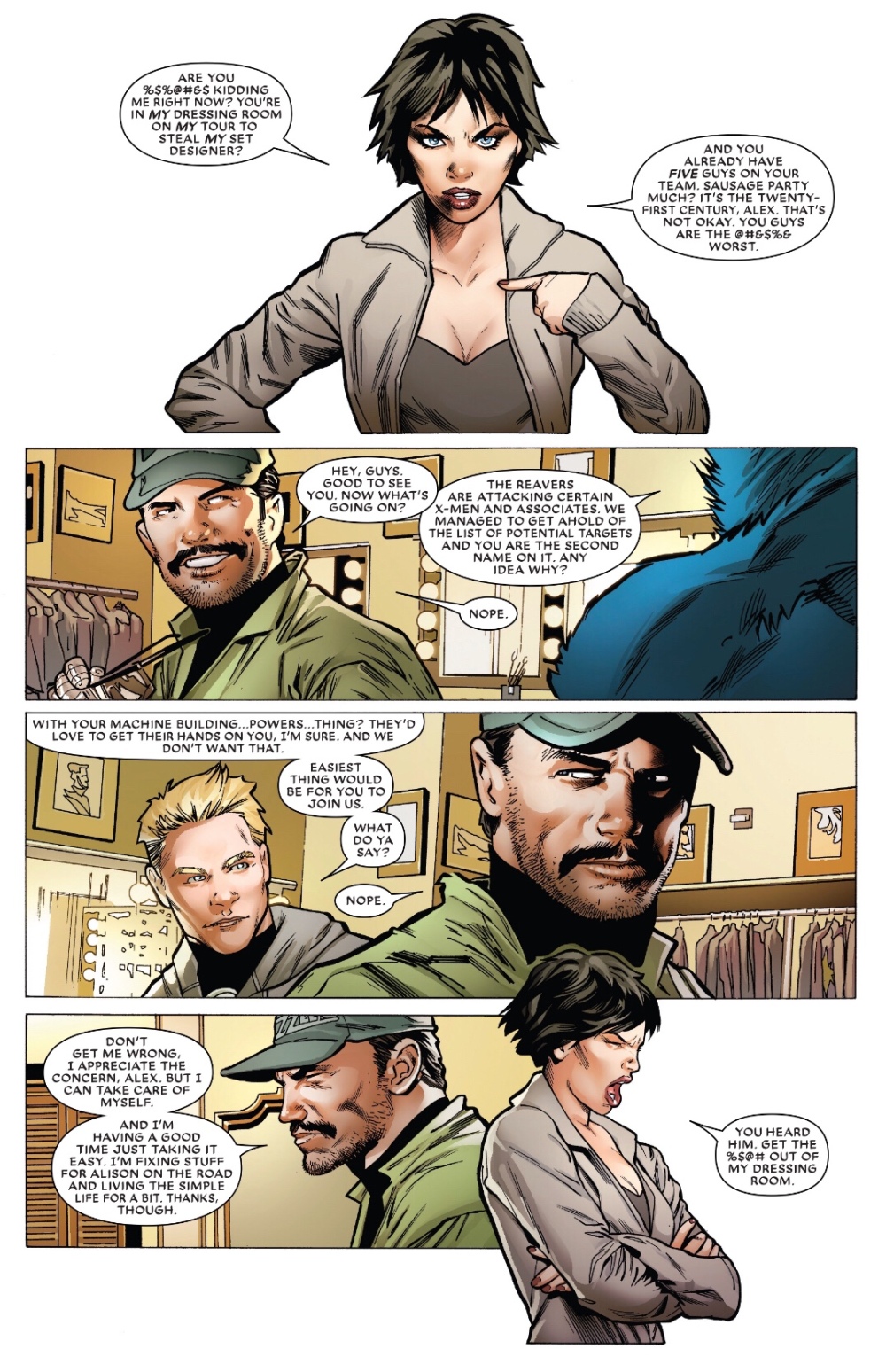 Before the end of the issue, though, she gets her big moment…

There’s a lot I like about this comic. Havok’s never say die attitude. The fact that whatever they intend, Charles Xavier’s old pupils and associates can’t help themselves drifting into teams. The mystery of why Banshee is so quiet when he’s not fighting. Penciller Greg Land’s action sequences and splash pages. The return of Banshee’s crumpled top lip, rarely seen since his debut in the Sixties.

I also have a few Dislikes. Matthew Rosenberg’s having characters cussing constantly; we get it, it’s 2018, but %#@.& and so on gets old very fast – you’re a writer, write around it! Also, Dazzler isn’t a ditzy Valley Girl throwback, she wouldn’t be, like, ‘Oh my God!’ every second sentence. And why does nobody show any concern for the emotional pain Banshee’s obviously in?

Then there are Land’s inappropriate toothpaste-ad-cum-Stepford character expressions… inker Jay Leisten helps give his pics a little more life, but I know Land can do better. And while colourist Frank D’armata does a generally good job, he might pay more attention to Warpath and Forge’s skintones – for Native Americans they’re pretty darn White.

I wonder whether letterer Clayton Cowles was told to add ‘Dazzler’ in display fonts on that splash panel – the stage logo Land has used makes it unnecessary and the word balloon version is so very, very ugly, with that oddly angled ‘A’ and weird mix of upper and lower case.

The character mix and confidence of the creators offsets the problems I have, so I think I’ll stick with this book for a few issues to see where it’s going.