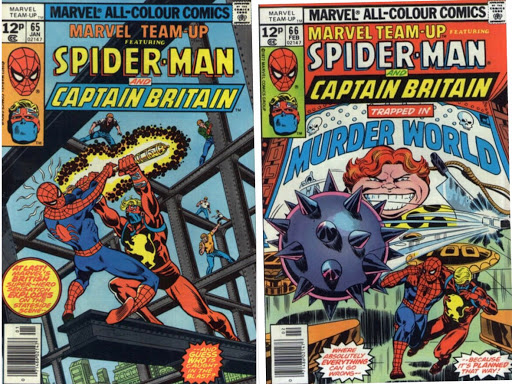 I’m old, you know. So old that I was there when Marvel UK debuted its first original character, Captain Britain, back in the Seventies. And a couple of years later I was there when he made his US comics debut, courtesy of two memorable issues of Marvel Team-Up by Chris Claremont and John Byrne. Siskoid, of Siskoid’s Blog of Geekery and many a podcast on the Fire and Water Network, was kind enough to have me on his FW Team-Up podcast this week to chat about that time Brian Braddock became Peter Parker’s lodger. Here’s a link to the episode, or find the show on iTunes and other podcatchers.

Oh, and Arcade debuted. It’d be great if you could join us – comments welcome at the showpage, here too, if you like. Hope you enjoy the episode!