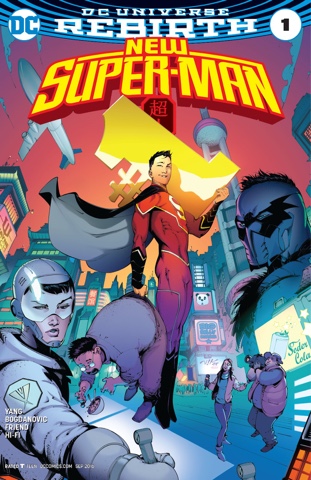 In Shanghai, a youth chases another down the street. Bully and victim. So it’s a surprise when, a little later on, the bad boy saves the timid teen from a supervillain. 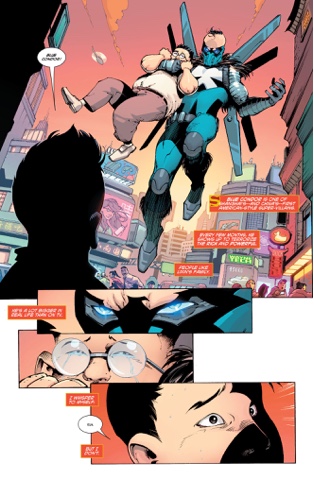 Kenan Kong isn’t all bad. His better instincts take over when victim Luo Lixin is in proper danger, and while he’s soon back to his boorish, bullying ways, we know there’s hope. This guy can grow.
His encounter with local supervillain Blue Condor makes Kenan an instant celebrity when young reporter Laney Lan uploads his brief encounter with the villain. But will his father be as impressed? 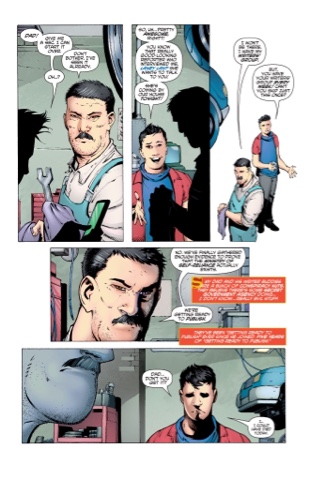 Not so much. But someone likes Kenan’s spunk. She might not know that nobility is hardly his default setting, but Dr Omen sees enough to select Kenan as the subject for her experiment to create a Super-Man for China. What could possibly go wrong?
Well, this was a surprise treat. Freed from the shackles of a messy crossover >ahem Truth< writer Gene Luen Yang gives us a well-structured origin for the latest member of the Superman Family. Whether Kenan can prove himself worthy of being more than a distant relative is yet to be seen, but on the basis of this issue, the ride will be fun. I'm already grabbed by the machinations of Dr Omen, intrigued by Kenan's father's battle for truth and hoping he'll stop being such a douche to Lixin who, happily, isn't the total wimp Kenan positions him as.  As for Lan, the name is a bit on the nose, but let's see where she fits in.
Kenan has an internal monologue but it could as easily be written as a dialogue – his best self is trying to assert control … let’s see the angel beat that devil.
Viktor Bogdanovic’s pencils, inked by Richard Friend, are very likeable, there’s some lovely facial expressions, and the final page arrival of two characters is classic superhero art, big and bold. I very much like that he draws pre-powered Kenan not as the handsome hero he says he is, but as a rather doughy teen who just happens to be taller and less rotund than his victim. 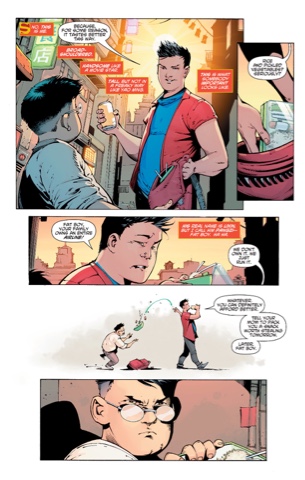 And I just love the Blue Condor design… I reckon he’s one of Dr Omen’s experiments – but was he sent by her to make Kenan step forward, or is his presence a coincidence?
The colouring by Hi-Fi is effective, especially in a dream sequence, while the letters of Dave Sharpe look good – extra points if he designed that excellent logo 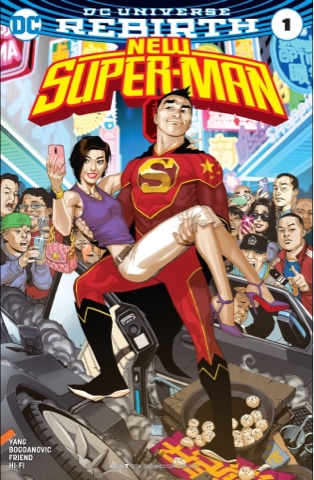 Bogdanovic’s playful cover, coloured by Kelsey Shannon, is a nice hint at what’s inside, while Bernard Chang’s variant is a total treat.
I wasn’t looking forward to New Super-Man hugely, but I think I see the vibe DC is aiming for here. A Superman has just died, and we have the Eradicator being born in Superman, Lex Luthor as a Steel-type in Action Comics and the Cyborg Superman due for a return in Supergirl. Which would make Kenan, Kon-El, the Kid, who arrived with Reign of the Superman and insisted on not being called Superboy. That clone quickly learned that cockiness doesn’t look good on a hero and I look forward to Kenan taking a similar journey – but one whose unusual setting should add spice to the mix.
This is a terrific first issue, give it a go.