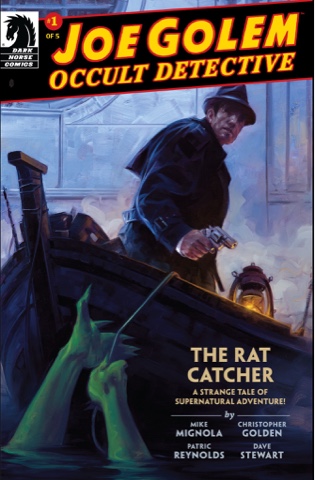 It’s 1955 in a New York like the one we know, but different in a fundamental way. The streets are submerged after a natural disaster 30 years before. The first three storeys of every building are flooded. The streets may be wet, but no one’s weeping – a tough lot, the New Yorkers who didn’t flee this new Venice just made some changes to the infrastructure and moved on. As the story of The Rat Catcher opens, elderly private eye Simon Church is burying another partner, the latest of several and, seeing himself as a human bad luck charm, swearing to work alone from now on.
Then a lightning bolt hits a dormant figure in his arcane study, a man made of clay… 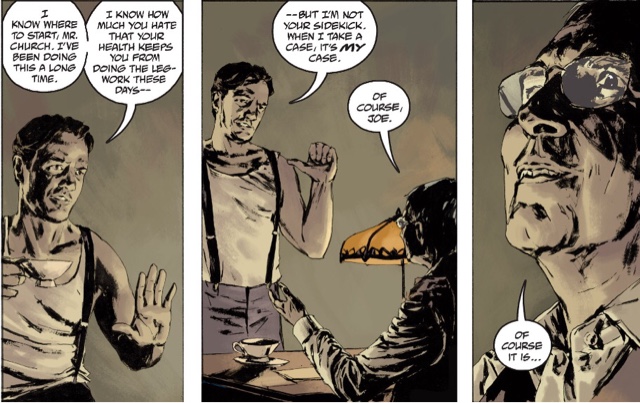 Ten years later, the ageing Simon has all but retired from legwork, but his partner, Joe, is ready to take on a new case. Children across the city have been disappearing. The job will be a distraction from the nightmares Joe’s been having, visions of a massacre by supernatural creatures in a European town in the Middle Ages. 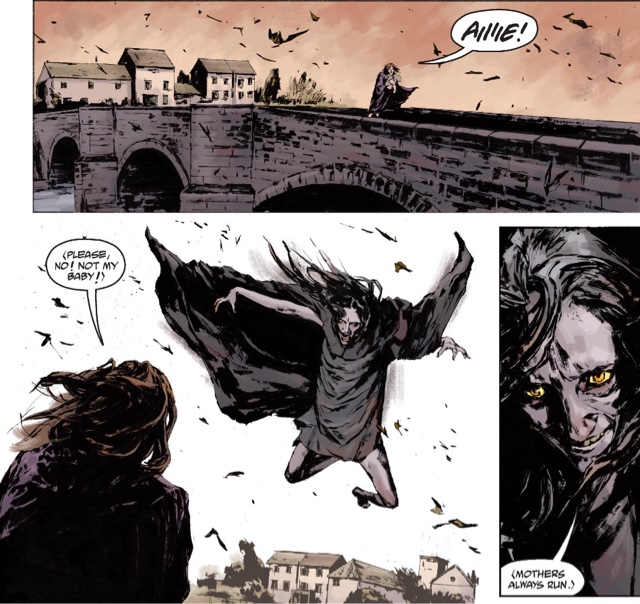 Unfortunately, 1960s New York – the Drowning City – has dark evils all its own.
I do like a good PI yarn. And I love a spooky fable. So combining them was bound to get my attention, and Joe Golem – who also stars in a novel and the odd short story – looks set to keep it after this splendid start to a five-issue run. Co-writer Mike Mignola knows what he’s doing after decades of Hellboy and co, while partner Christopher Golden has an awful lot of horror novels and comics under his belt. Their no-nonsense approach to this alternate reality Big Apple helps the horror elements pop, while our hero Joe would seem like just another hardboiled PI were we not privy to his modern origin. I want to know how he fares against a child snatcher even scarier than the one in Chitty Chitty Bang Bang, and I’m looking forward to finding out more about Simon Church, a man with secrets. 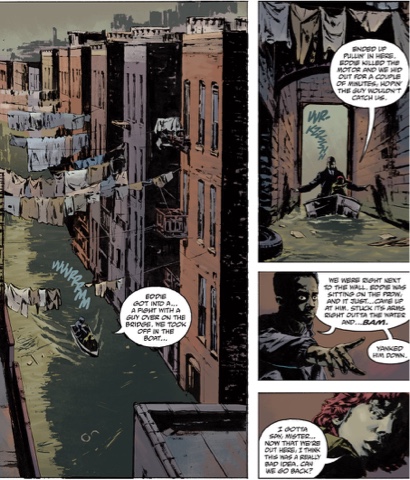 The art of Patric Reynolds is sumptuous; his city is a thing of granite beauty, lapped by mysterious waters. His everyday folk are as imperfectly lovely as you or I. And his monsters, well, let’s just say I’m keeping the lights on tonight. A couple of scenes could do with extra transitional panels, but overall, the storytelling works.
Colourist Dave Stewart modulates the mood with his gorgeous, intelligent work, while Clem Robins’ unshowy lettering is just right for the story. And the cover’s pulpy paperback treatment is a winner, courtesy of Dave Palumbo.
In a week which sees Marvel debut yet more retooled and brand new superhero series, Joe Golem is a marvellous palate cleanser. Tastes a bit muddy, mind.