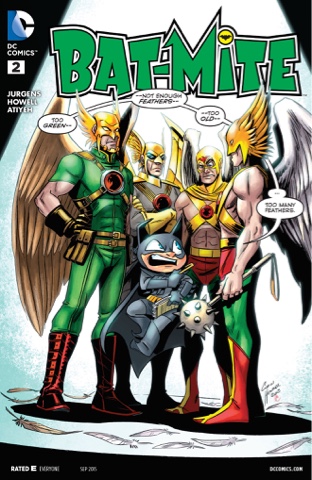 Bat-Mite has been kidnapped by Doc Trauma, a crone who’s lived more than 200 years by stealing bodies and having her brain swapped into them. Her next victim – surprisingly, she’s not keen on moving into a lunatic pixie – is the already captive Hawkman. Bat-Mite reckons the unconscious Winged Wonder is just what he needs to beat the bad gal. But first, someone needs manscaping. 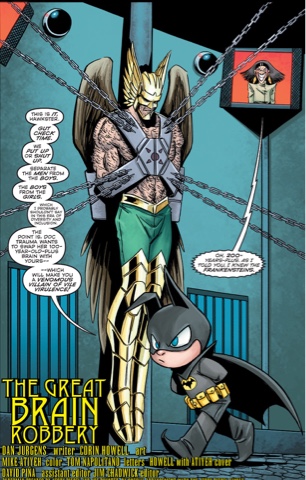 I enjoyed the debut issue of this mini-series, with one qualm – Bat-Mite’s personality was harsher than I’m used to, than I like. That tone continues here, with our hero more of a wise guy than an innocent abroad. He still wants to be a hero, but Dan Jurgens writes him with a smartarse attitude I’m not sure suits the character. 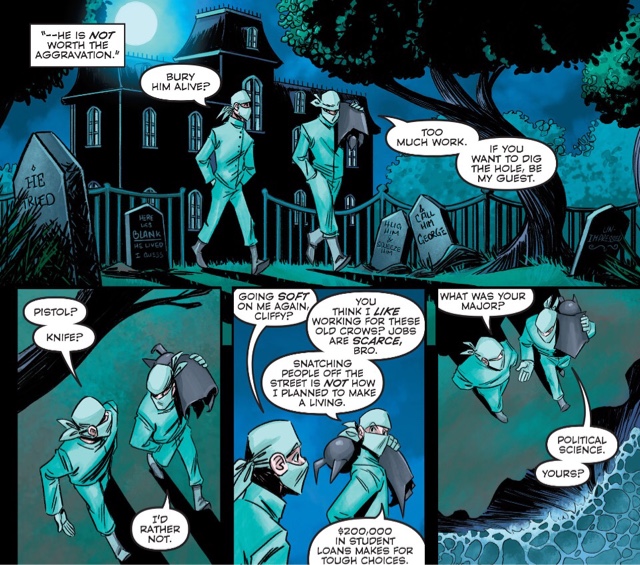 Then again, the close of this issue adds a bit more colour to Bat-Mite’s personality, and there’s certainly enough fun here that I’ll be back next month. Jurgens has a nice line in social comment, with Bat-Mite’s observations on a comic book universe matched for truth in entertainment by the comments of Doc Trauma’s goons on the ‘real world’. And good on Jurgens for not feeling he has to make everything a joke. 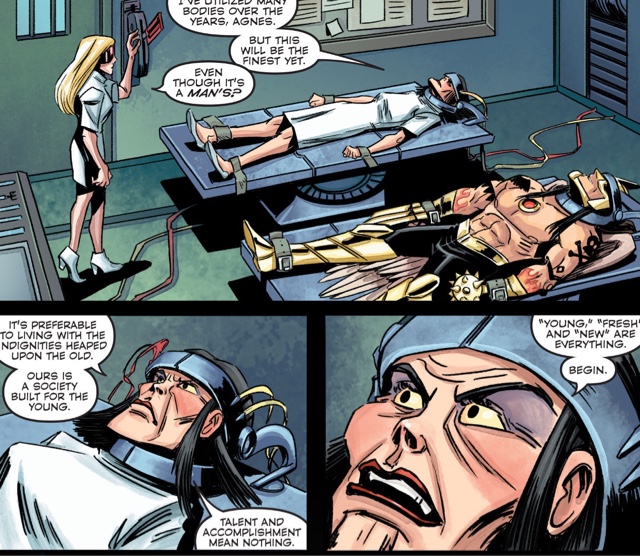 Illustrator Corbin Howell (wonder if he’s related to classic Hawkman artist Richard Howell…) captures the snarkiness of this Bat-Mite well, and I love the little boy determination he gives our hero. Hawkman, who’s been far too serious a character for the last few years, benefits from the cartoonier approach, and certainly comes out of the issue better than when he came in. The colouring by Mike Atiyeh looks great – especially in his cover collaboration with Howell – while Tom Napolitano’s letters are smart as can be.

Bat-Mite is, on the one hand, throwaway stuff, but then again, aren’t most comics? This is good, solid fun for the superhero lifer, needing just the odd tweak to get the full thumbs-up.