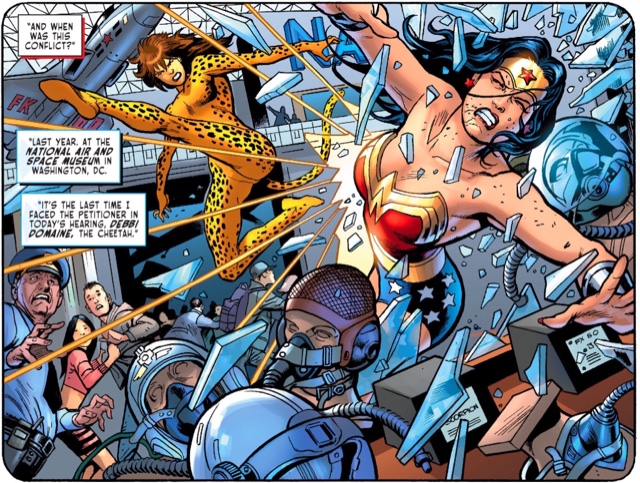 Wonder Woman is in court. She’s an expert witness at a hearing to decide whether prisoner Deborah Domaine, the Cheetah, will be moved to a lower security facility. Diana is sympathetic to Domaine’s relatives’ belief a prison hospital will get her the treatment she needs to make her a little less insane, perhaps even cure her. The District Attorney wants Domaine kept behind the strongest bars, her latest battle with Diana having caused injuries to 138 bystanders. While no one is blaming Diana, her presence was the cause of Cheetah showing up. 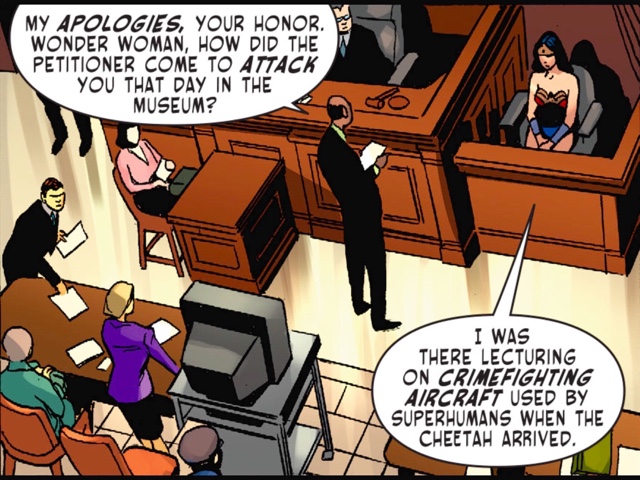 Is the Cheetah beyond redemption? Who’s right and who’s wrong? That’s the difficult, fascinating question laid down by writer Adam Beechen in the latest edition of DC Digital’s Sensation Comics Featuring Wonder Woman. The arguments are given equal space in a courtroom drama that finds plenty of room for superhero action, with Diana’s evidence framing some great-looking flashbacks. 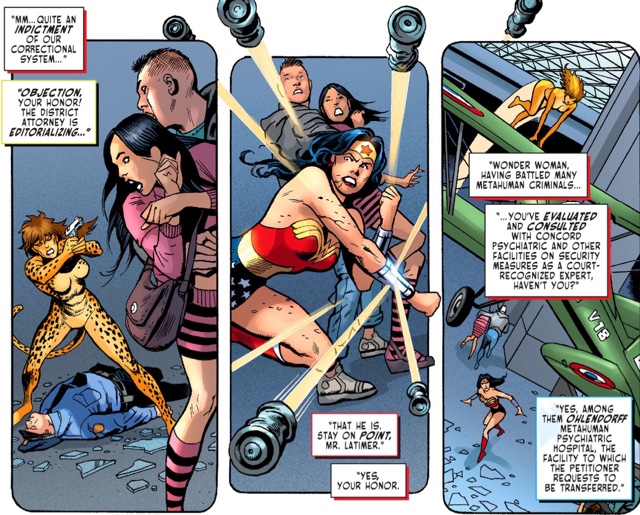 How could they be anything but, with legendary DC artist José Luis Garcia-Lopez pencilling and fellow superstar Kevin Nowlan inking. Nowlan brings a rougher finish than usual to Lopez’ pencils, without taking away the essential dynamism of Lopez’s line. The compositions and characters are a treat, and it’s so good to finally see a good Bronze Age Wonder Woman story in this series. OK, there’s the nigh-obligatory nod to Batman, but at least he doesn’t appear for once. 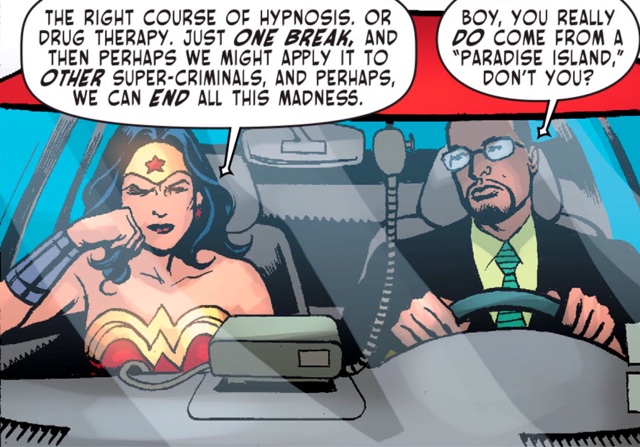 The Domaine Cheetah is the perfect choice for this morality tale, as she never set out to be a villain – sure, she was the niece of original Cheetah Priscilla Rich, but she was an eco-warrior brainwashed by Kobra. Doesn’t she deserve a chance to get well, and wouldn’t the world benefit?

The story wraps up next week, and I can’t imagine it won’t be a winner.