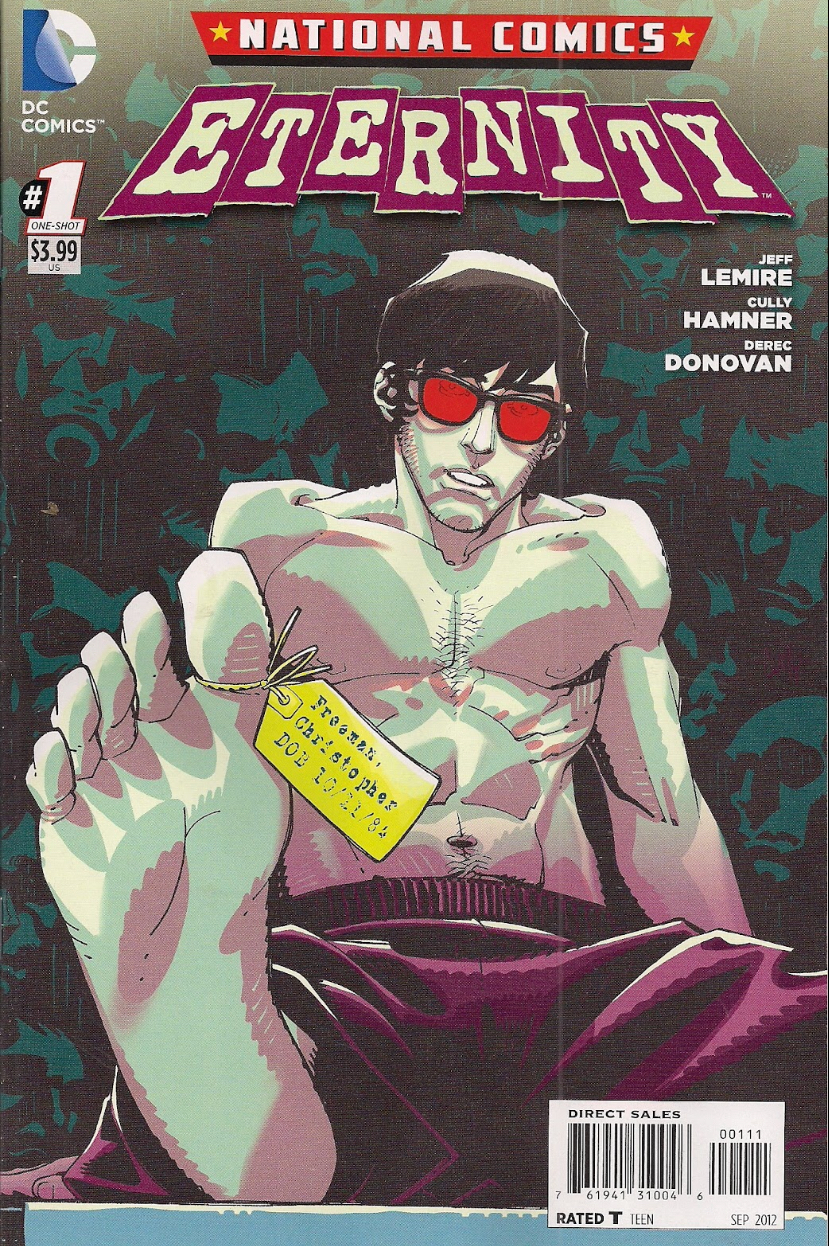 Christopher Freeman died, returned to life and now he has the ability to summon the newly slain, with a 24-hour deadline to solve their murders. In this debut story he’s compelled to team up with the ghost of an antiques dealer, while trying to save his job with the Coroner’s office – his boss is unimpressed with his constant lateness.

Christopher has his reasons, though, and they add a touch of sweetness to this DC Universe spin on the police procedural. An efficient voiceover courtesy of writer Jeff Lemire sets up Christopher’s situation, before he ‘goes live’ and lets dialogue and action propel us to the issue’s end.

And what an end … it’s not a cliffhanger, but it’s a terrific set-up for a sequel and beyond.

While the story is titled ‘Kid Eternity’, after the Golden Age character who inspired this new take, Christopher doesn’t call himself Eternity here. The nearest we get is seeing the word on a poster early in this issue. It doesn’t matter, though. What does is the skill with which this one-off has been put together by Lemire and the rest of the creative team. It’s a straight-on, done-in-one that satisfies while leaving a few questions hanging concerning the nature of Christopher’s powers and perceived mission.

And there’s one question that’s not raised directly, but it’s there from the moment we see how Christopher died – who was behind the weapon that killed him? Can he solve his own murder?

In the Forties, Kid Eternity summoned historical characters and storybook folk with the cry of ‘Eternity’. Christopher’s collection system is rather less clean, but a lot more dramatic; I like it. The interplay between Christopher and murder victim Darby Quinn is entertaining, and it helps us get to know both players’ characters. And the resolution is pleasingly plausible rather than convoluted.

Bringing Eternity to life on the page are penciller Cully Hamner, inker Derec Donovan and colourist Val Staples. Hamner’s panel-to-panel storytelling is sublime – he seems unable to make a bad artistic choice – and his renderings of people and settings are equally good. Donovan and Staples enhance Hamner’s illustrations, strengthening and emphasising every step of the way. I especially like the contrast between the vibrant police squadroom and the clinical silence of Christopher’s examination suite. The loneliness and confusion in his eyes is telling, and the simple visual cue that he’s in touch with the dead, smart and attractive. The banality of death, the horrors of the not-quite afterlife … everything comes together splendidly.

The only thing I don’t like about this issue is that a supporting character who used to be a portly guy is now a big ol’ hunk, a DC New 52 phenomena we could perhaps call ‘being Wallered’, or ‘getting Candied’. It’s so predictable, and while nodding to diversity, the change is actually pulling in the other direction, implying that fat folk can’t be front and centre. And you’ll not be surprised to learn that this chap who was formerly White, is now Black. 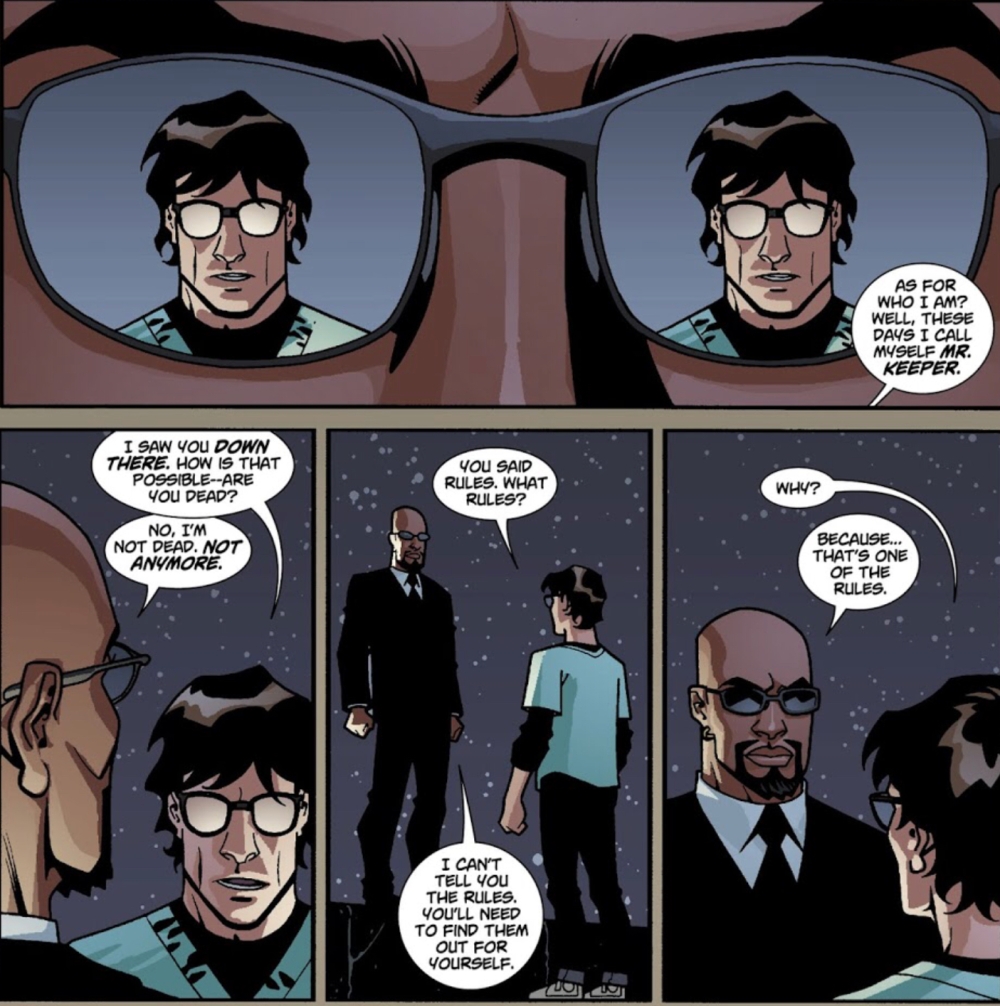 Still, the character in question has charisma to spare, and I hope we learn more about him. I’m dying to see more of Eternity, full stop – let’s hope we don’t have to wait forever.