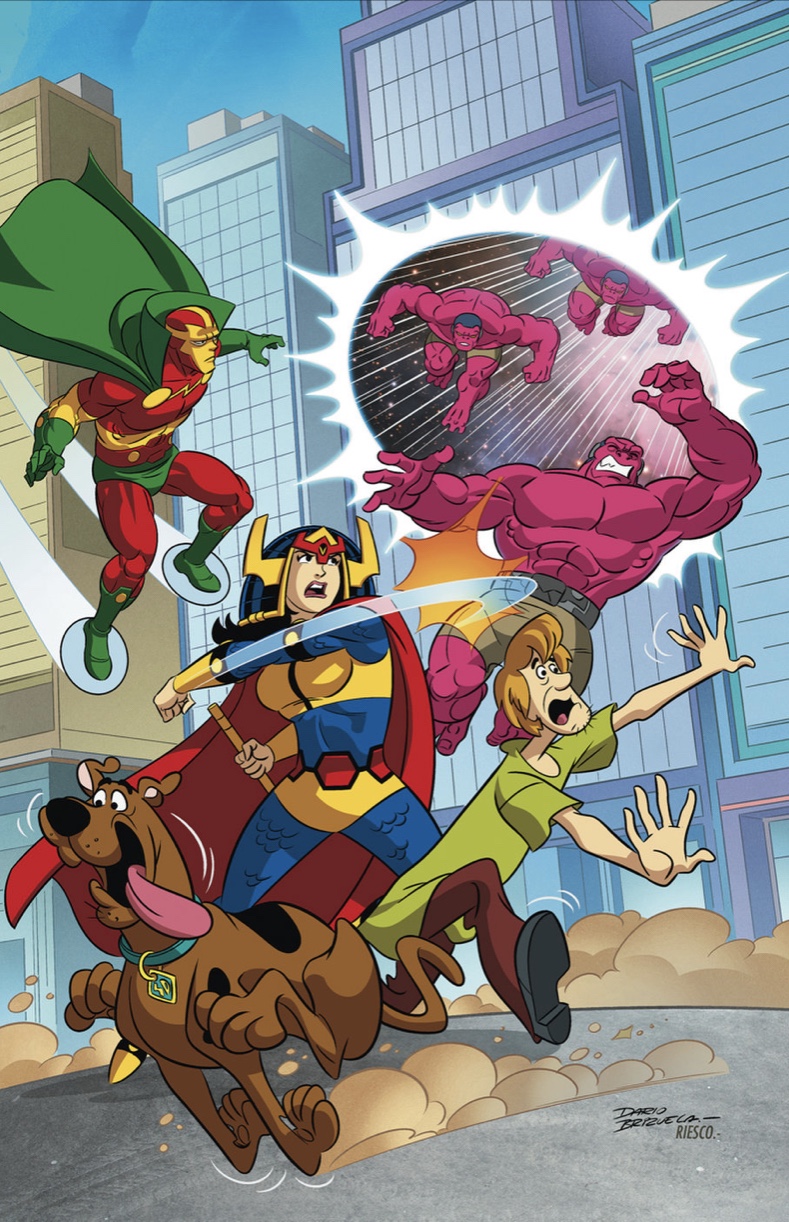 Scooby-Doo, Velma, Shaggy, Daphne and Fred are taking a break from unmasking crooked real estate developers and enjoying a show.

Yep, Barda, Velma and Daphne are carried off to Apokolips. If you’re at all familiar with Jack Kirby’s Fourth World, you can guess where this is going – a makeover with real Krackle. Before we see the results in this first of two digital chapters, the boys mount a rescue attempt…

There’s never a bad issue of Scooby-Doo Team-Up, the quality ranges from ‘great’ to ‘spectacular’; I won’t know where this falls on the scale until I’ve read the conclusion in a fortnight, but I can say this had me grinning from ear to ear. Scooby and co are on splendid form, and groundbreaking as Tom King and Mitch Gerad’s recent Mr Miracle series was, I’m ready for something a wee bit lighter.

And that’s exactly what writer Sholly Fisch, artist Dario Brizuela, colourist Franco Riesco and letterer Saida Temofonte, guided by editor Kristy Quinn, give us, respecting the original Mr Miracle strips and integrating Scooby and pals perfectly into his world. The story is nicely plotted, the script zips along, cleverly balancing the drama and the gags, while the visuals are a feast for the eyes, Brizuela and Riesco making Scooby on Apokolips seem like the most natural thing in the world.

Mind, he is the original Hunger Dog.