Scooby-Doo and friends are heading home from their latest mission when the Mystery Machine is diverted – down a very colourful street.

Within seconds, they’re smack bang in the middle of someone else’s adventure.

After things die down, there’s time for introductions. 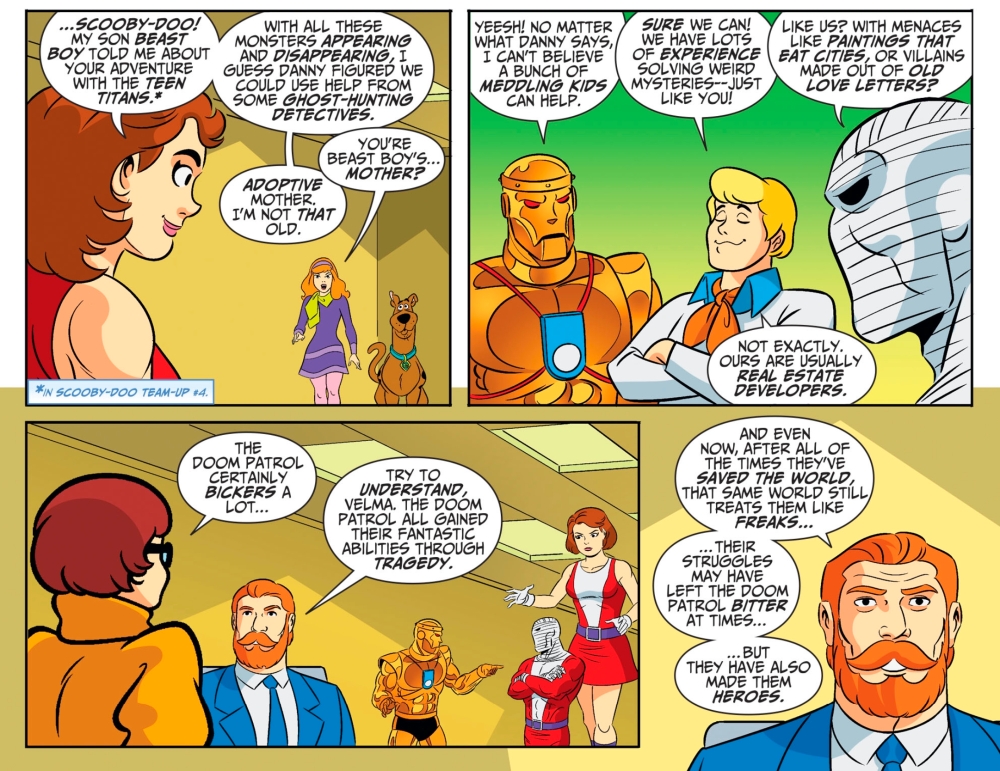 The breather doesn’t last long, as drive-by encounters with Doom Patrol enemies Garguax and the Brotherhood of Evil follow. And then, a very familiar face shows up unexpectedly. 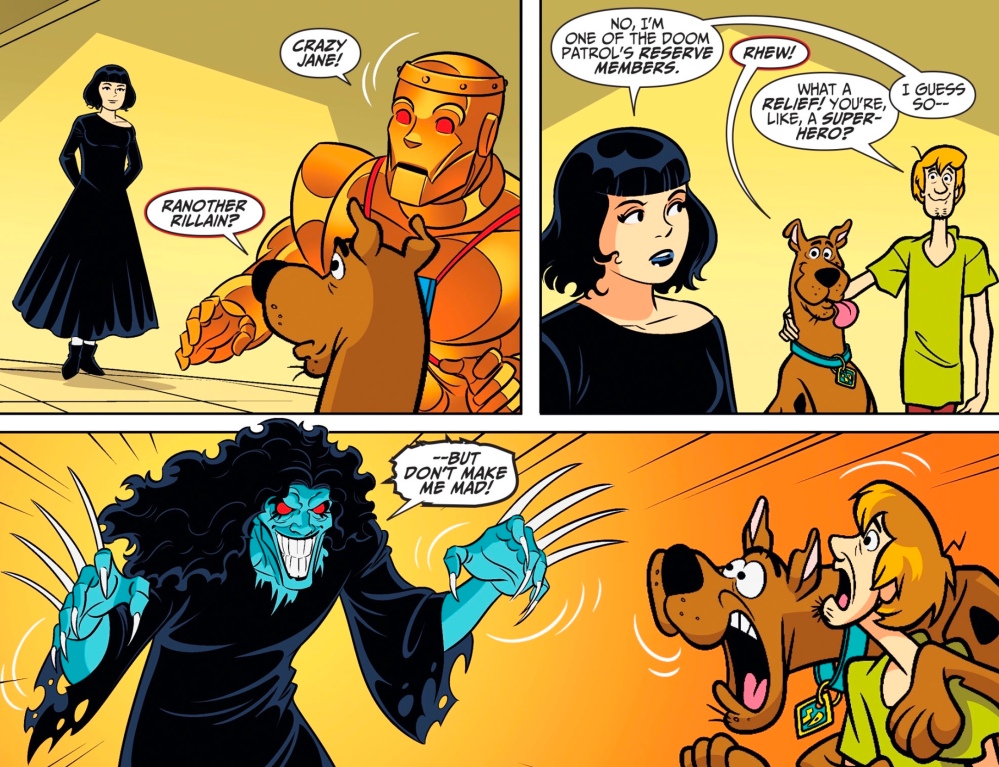 But is it the real Crazy Jane? And why are people coming and going so quickly? Is there a sinister mastermind behind the scenes?

There is, and it’s one of the Patrol’s most interesting enemies, in the latest Scooby-Doo Team-Up from writer Sholly Fisch, artist Dario Brizuela, colourist Franco Riesco and letterer Saida Temofonte. The Mystery Incorporated gang are on fine form, with Velma’s detective nous key to working out what’s going on and Fred ever ready with Ascot-centred fashion tips.

As for the Patrol, this is their best outing in years. Do I hear someone saying, yeah, but it’s not canon? You say potato, I say Scooby snack. With references to DC stories down the decades – who ever thought we’d get Danny the Street in a Scooby Doo outing? – and a nod to the Patrol’s finest moment, I’m taking this as official. I’d swap the entire Young Animal line for just one Special starring the Doom Patrol by Fisch, Brizuela and crew, another tight, fun story which adds to continuity rather than splinters it. An adventure with Larry and Cliff bickering, Rita reminding us that she’s the original Elasti-Girl, a sane and benevolent Chief showing what an Action Chair can do, and reserve members dropping by to help out in their own oddball ways.

If we can’t have that, I’ll take another Scooby-Doo Team-Up guest spot any time.