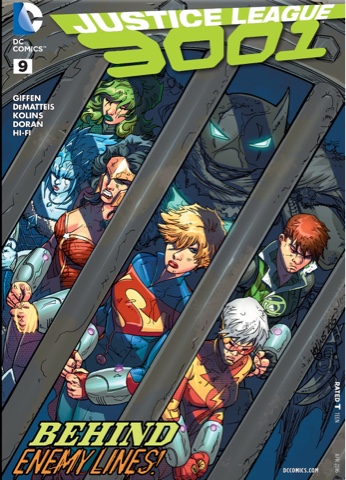 Justice League 3001 has no future. It’s getting cancelled as DC Rebirth reshapes the DC line. This is rotten news, so let’s concentrate on something nice.
There’s a fresh issue of Justice League 3001! And it’s great.
Galactic dictator Lady Styx has a new lackey. She’s reshaped Cadmus clone co-creator Terry Magnus into a version of the 21st-century dark god Eclipso. Not everyone is impressed.

Yes, that’s a twisted take on Legion of Super-Heroes founder Saturn Girl from writers Keith Giffen and JM DeMatteis. And we’re on Naltor, home of longtime Legionnaire Dream Girl. What could it all mean?
Elsewhere, Terry’s sister and colleague in cloning Teri – their parents rather lacked imagination – is still coming to terms with her own recent upgrade, which has made her the Flash, fastest woman alive. And where Terry embraces his darkness, Teri is one of the good guys, a member of the all-new, all-woman Justice League. This issue the members split up to tackle Lady Styx on two fronts. While Fire, Ice and team leader Supergirl search Bodhi, the capital of Lady Styx’s empire, for clues to the villain’s past, Wonder Woman, Batgirl and Flash head for Cadmusworld for something that may help them reclaim the newly conquered Commonwealth of worlds. Guy Gardner is left behind.

Neither mission goes off quietly, with one group facing giant bugs, the other, Styx’s killer Scullions. The latter bunch motivates my favourite scene of the issue. 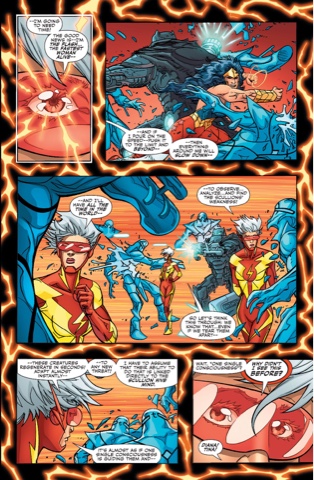 It’s rare we see super-speed used for intelligence gathering, and I can’t wait to find out what Teri has figured out. I’m guessing there’s a Traitor Within the League, probably the original mind of Guy Gardner’s new body… ah, comics.
Other great things this issue: the growing relationship between Wonder Woman and Batgirl; Supergirl’s continuing adjustment to a leadership role; Fire’s sparky personality; and Eclipso’s freaky feet. 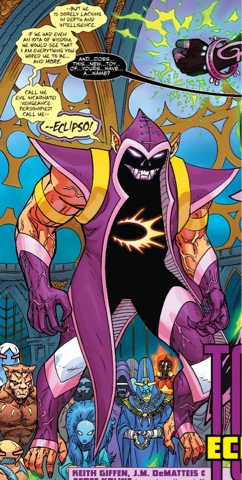 JUST LOOK AT THOSE FREAKY THINGS! I realise apes have hands for feet, but seeing that on a man just creeps me out. It’s a stroke of artistic inspiration from newish artist Scott Kolins, as he really hits his stride on this book – and his work was a treat from his first page, some issues back. This time, though, the pages really breathe, with the splash panels truly earning their keep – none more so than on the final spread. It’s something I think we all saw coming, and it made me smile.
Now, you will have noticed, with your Brainiac 5 mind, I’ve given you just 15 pages worth of recap – yes indeed, there’s a back-up story. And it stars (nostalgic logo alert): 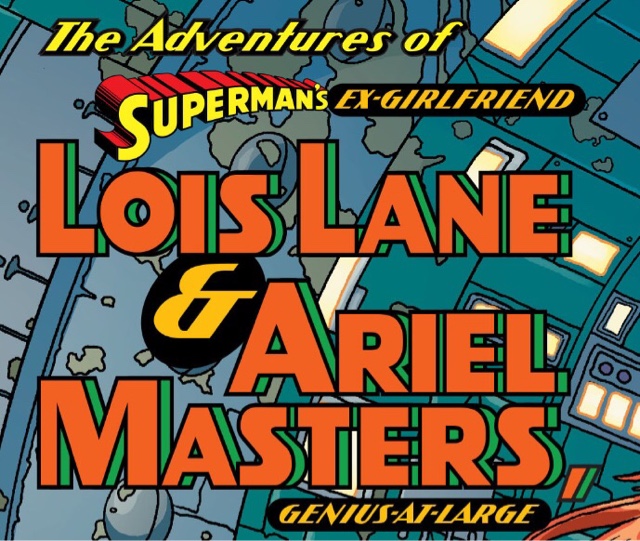 I noticed some disappointment around last issue’s ‘six months later’ new direction that the Evil Lois Lane and the Injustice League story had been dropped in favour of Lady Styx. Not so. Here DeMatteis, Giffen and guest artist Colleen Doran reintroduce Evil Lois and incorporate her into proceedings. These guys have a plan. I love the back and forth between Lois – she may be a stinker, but she’s still an ace reporter – and Ariel, and look forward to seeing how they proceed with their plan to take down Lady Styx. 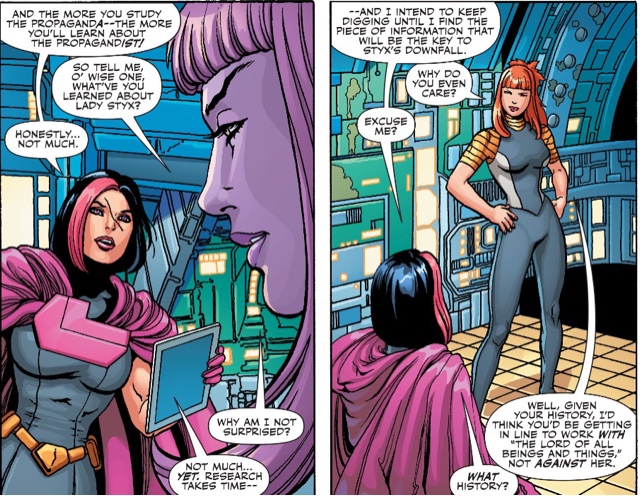 Doran’s stylings are sublime, unique attitudes are captured in every line. And no one draws better tantrums.
A round of applause, too, to colourist Hi-Fi Designs for the eye-catching palette, artfully employed, and letterer Rob Leigh, for extending the Lois logo letterforms to Ariel’s name. I’m such a masthead wonk that it made my day.
I like the cover by Scott Kolins and Hi-Fi a lot, it’s moody and follows the tradition of being more thematic than literal. Not that you’d ever find anything literal in this series, which delights in being big and daft, yet emotionally true.
I don’t know how this series will wrap up. I’m confident it will be hugely entertaining, and satisfying in equal measure. Justice League 3001 won’t have had a long life, but it had a great one.  Oh. And did I mention the FREAKY FEET? 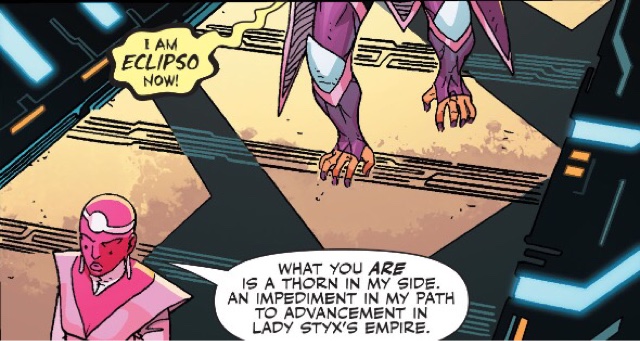