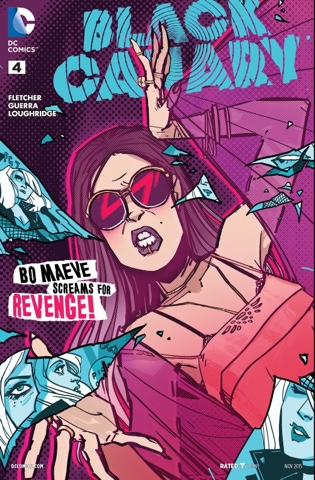 Dinah Drake’s bandmate, the enigmatic Ditto, has been kidnapped by Bo Maeve, the woman she replaced as singer. It’s ironic that Ditto is the source of Dinah’s bombastic sonic scream, as she’s apparently an elective mute, and painfully passive. If Dinah can’t find her friend, who knows what the insanely jealous Maeve will do.
Maeve and Ditto’s road trip makes for my favourite issue of this series yet. With Maeve flashbacking madly in Brenden Fletcher’s script, there’s little room for Dinah’s other band pals, who irritate me purely by being called Paloma, Heathcliff and Lord Byron – it’s all just too, too twee. Ditto – like Paloma, a borrowed celeb name – is also rather cutesy, but there’s a mystery attached to her which makes her more palatable. Why do various factions want her, will she ever unleash her full power? And why is she so relaxed about being kidnapped… one gorgeously drawn scene makes it look as if she’s Maeve’s marionette, but I’d not be surprised were it to turn out that, actually, she’s manipulating the musical basket case. 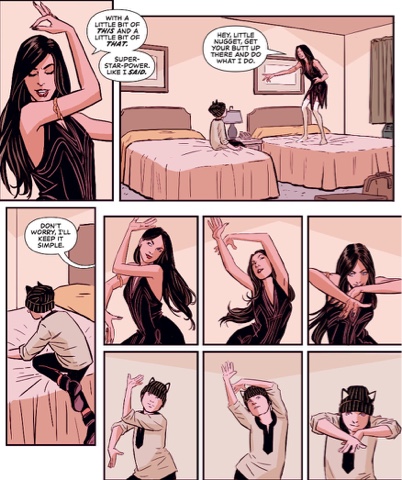 Maeve’s an interesting type, less self-possessed than self-obsessed. As she relates her supposed misfortunes, we recognise that the art isn’t showing us things as they were so far as Dinah’s presence is concerned. We can therefore extrapolate that she’s equally deluded when whining about her parents and her treatment at the hands of Alas Insane, the band now known as Black Canary.
There’s another wrinkle in that despite pulling in Batgirl’s computer oracle pal Frankie, Dinah’s not the one who rescues Ditto after Maeve has handed her over to the US government in the shape of Amanda Waller; the credit goes to a white-clad female ninja type. I’ve not seen enough of TV’s Arrow (one episode of gorgeous hair and bodies and I was done) to know if this is a nod to White Canary – there’s certainly a resemblance to Dinah – but I do know the stranger is an impressive apparent ally. I wonder what her agenda is.
It’s a pretty Dinah-light issue, all in all, her one real action scene being an encounter with a bully at a petrol station. But though it reads like filler, the one-sided tussle shows her skill nicely. And how lovely to see her not dressed like a scarecrow version of classic Black Canary. 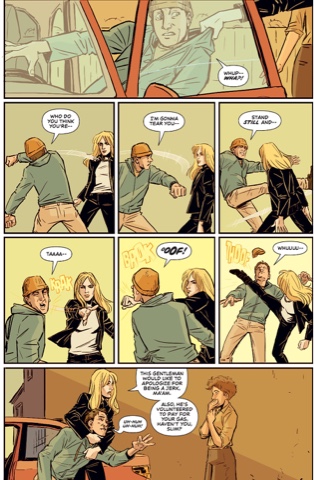 The moment is wonderfully drawn by Y the Last Man’s Pia Guerra, filling in on the art this issue, and while she keeps to Annie Wu’s model sheet, she brings a talent all her own to the pages. I especially like the face work, such as Ditto’s reaction as Maeve starts rabbiting on about her talent. 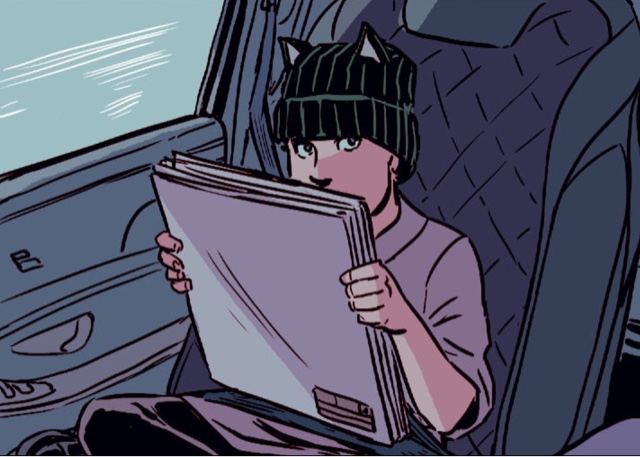 Lee Loughridge puts a lot of thought into his colouring, toning the flashbacks according to the mood Maeve puts into their memory – dull during her childhood, bright when she’s making magic as a singer, blah again when things start going wrong. The panel of Dinah unleashing her sonic scream is neon vivid – Maeve views her gift as a jewel to covet and the visual narration reflects that. 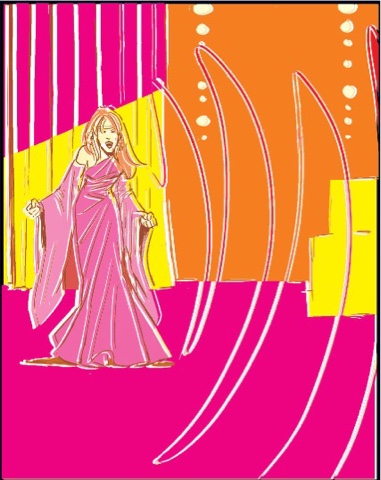 Steve Wands’ lettering job is quietly attractive and always appropriate, while Wu’s cover is eye-catching and a nice representation of the issue. As for the Green Lantern 75th anniversary variant by Evan ‘Doc’ Shaner, nasty ripped tights apart, it’s a delight. 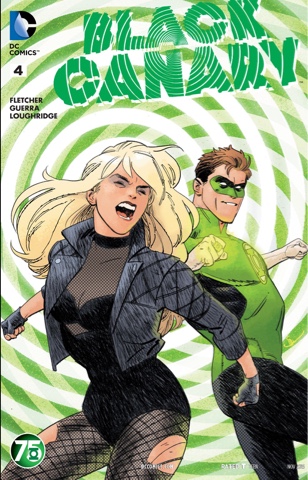 The issue ends on a not-unexpected note, but a welcome one, as this series continues to be one of DC’s best-looking, most intriguing reads.