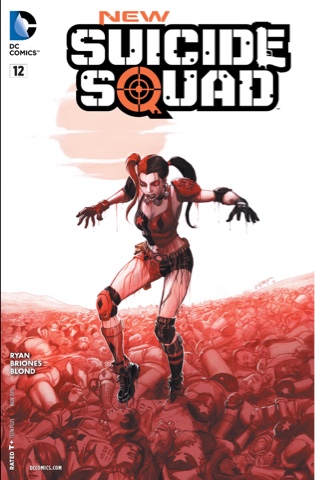 The Suicide Squad are in deep. Half the team members have gone undercover with the DC Universe version of Isis, the rest have fallen to said fanatics. So while Deadshot awaits his opportunity to destroy the League’s cache of super-weapons and Black Manta goes native (oops!), failed inside man Captain Boomerang is awaiting execution for subversion, Harley Quinn is in a dank cell, the Parasite is being mined for powers and Reverse-Flash is half-dead in the desert. Squad leader Amanda Waller can’t make contact with any of her agents and cult leader Saladin is building explosives which could blow mankind back to the Stone Age – literal time bombs.

Suicide Squad has gotten really good of late. John Ostrander-level good. Sean Ryan seems to be channeling the writer of DC’s seminal Eighties black ops book, giving us a smart, pacey, spy saga that happens to star super-villains. The League – an offshoot of Ra’s al-Ghul’s League of Assassins – are akin to Ostrander’s Jihad in being torn from the headlines. They give the talented Ryan a vehicle by which to comment on the horrors out there in the real world, and a threat which resonates with anyone who’s seen the news in the last couple of years.

If someone had told me I’d be touched by a scene involving Harley Quinn farting, I’d say they were barmy. But take a look at this moment from Ryan and superb new regular artist Philippe Briones, with sumptuous colours by Blond. 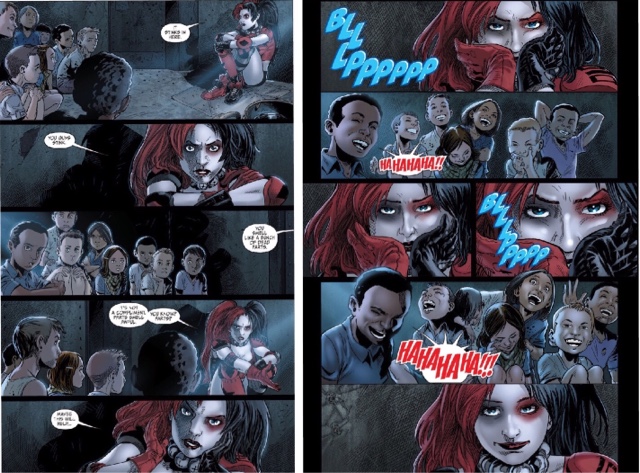 Harley’s annoyed, she decides to make her point in patented Harley style, but finds herself somehow affected by these kids who don’t know she’s supposed to be the bad guy. Which motivates an extremely Harley breakout and leads to another memorable moment with her new pals. It’s skilful comics, and extremely enjoyable to boot.

Another great scene sees Deadshot reference his daughter for what I believe is the first time since continuity shifted in 2011. And then there’s the mystery of just who Waller is planning to bring in to help rescue the typically chaotic assignment – I’m hoping for a hero in a nod to the original Squad’s Rick Flagg and Nightshade.

Another callback to DC’s glory days of the Eighties sees the current storyline, Monsters, concluding soon in an actual Suicide Squad Annual.

It may be Belle Reve prison, but it seems you can go home again.