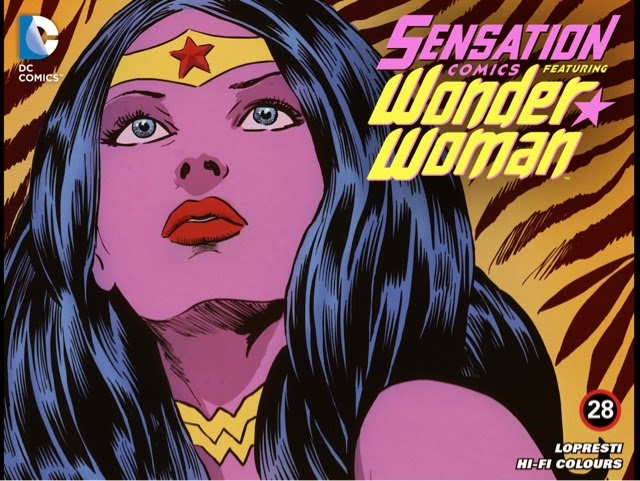 Whether by accident or design, Aaron Lopresti reminds DC just who Wonder Woman is meant to be with his contribution to Sensation Comics, ‘Casualties of War’.

Lopresti, who was the regular artistic partner of Gail Simone when she was writing the pre-New 52 series, does double duty here, providing story as well as images. He’s proved previously, with Garbage Man in DC’s My Greatest Adventure mini-series, that he can put together an intriguing script, and he does so again here. 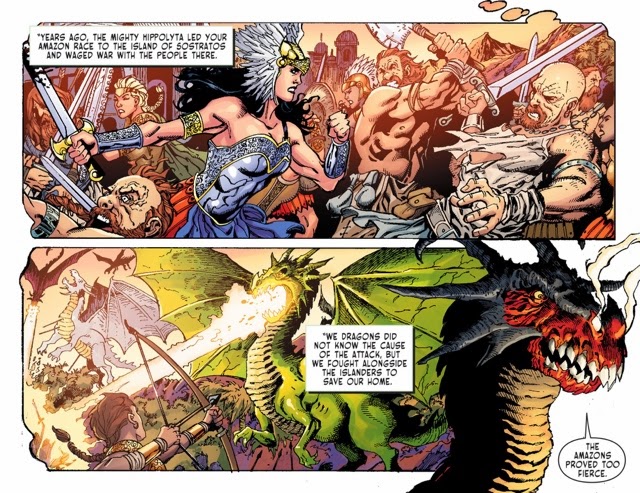 A dragon is attacking New York, sizzling civilians to draw out his true target, Wonder Woman. He wants vengeance on the daughter of Hippolyta for the Amazon queen’s destruction of his fellow fire-breathers and the human community of the island of Sostratos, thousands of years ago. Lopresti shows the savage battle between Amazons, humans and dragons, and it seems undeniable that Hippolyta presided over a massacre. But Diana claims the truth is more shaded. 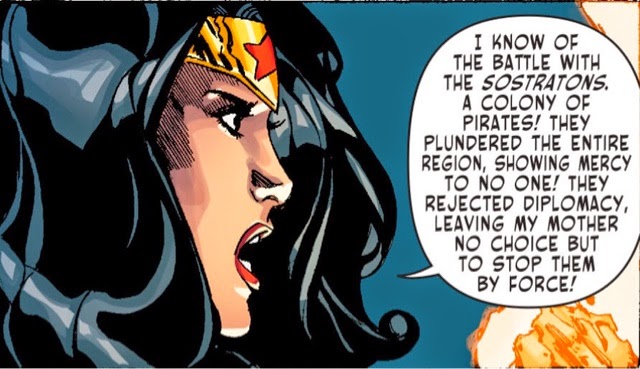 A ‘Dragon God’ has told the beast where to find Hippolyta’s daughter and he’s here to claim his pound of flesh. For her part, Wonder Woman knows she can kill the last dragon, but has no desire to do so. She reaches out her hand in peace, but the creature refuses to believe he’s been duped, and so he dies. Diana gives him a respectful burial, and says a few words.

It could all wind up a bit heavy handed, but instead Lopresti impresses. This is a simple – straightforward is a better word – tale, but one with a point, a point Lopresti gets across with economy and style. His script is elegant, his art – gorgeously coloured by Hi-Fi and sharply lettered by Saida Temofonte – nuanced.

It’s hard not to believe Lopresti is deliberately making a point about how Wonder Woman has changed in the few years since he was her artistic custodian with that line about pirates – in this continuity, Hippolyta would kill a pirate community as a last resort; in the current universe it’s the Amazons who are the pirates, seducing sailors for their seed, then murdering them. It’s hard to imagine a more vile perversion of the original mythos.

And those final lines, and the tombstone engraving, speak of a compassion that was once the core of Wonder Woman – she was a warrior whose first instinct was to offer her hand in peace, not to brandish a sword. I miss those days.

So thank goodness we have Sensation Comics to remind us of who Wonder Woman was, and who she could be again.