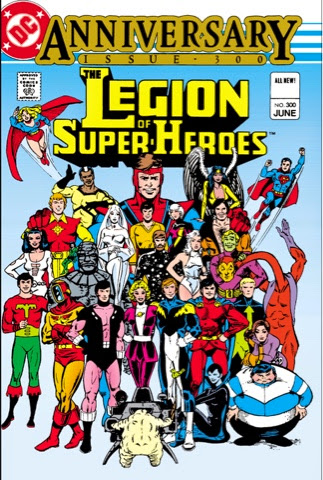 You may have noticed I’m a massive Legion of Super-Heroes fan. I’ve been reading their adventures for as long as I can remember. I’m a member of a British amateur press alliance devoted to the team. I review pretty much their every appearance. I managed to sneak them into a UK DC reprint I was handling (free gift in the first three issues, Adventure Comics postcards!). Heck, this very blog is named after a notorious early line of dialogue from sexist git Brainiac 5.

So you can count me excited at the news that Warner Bros is apparently developing a Legion film.

This from Rich Johnson at Bleeding Cool

Remember ages ago, when I said there was a Suicide Squad movie in the works. And I had a script? Well that was later made official, even if the script has been rewritten since then – they’re still keeping the codenames-as-callsigns-no-costumes aspect though…

Anyway, where was I? Oh yes. Also coming through the pipeline and Warners, and pushed through after the success of Guardians Of The Galaxy, is a Legion Of Superheroes film, being pushed through with an Avengers-Meets-Guardians tag.

Based on the long running DC Comics book of the same name, the Legion Of Superheroes film will be set in the far future, with a massive cast of superheroic characters spread out across a galaxy. And the tone is intended to be lighter than other DC superhero movies.

It hasn’t been greenlit yet. But it is in serious development….

OK, BC doesn’t always get it right – but they get it right often enough that I’m allowing myself a minor squee. ‘Avengers meets Guardians of the Galaxy’ sounds the right pitch to get producers’ interest big time. I can’t imagine a full, 30-member team up there on screen straight away, but certainly a couple of sub-teams of six or seven, with the suggestion of more, would be doable.

Have the heroes fight a couple of threats – Mordru and the Fatal Five, say – to show their world and who’s in it. Kill off Karate Kid to demonstrate peril/because it’s tradition. And at the end, show the mission monitor board lighting up with more heroes’ coming online, one by one.

Superboy would be too much to hope for, but do I hope for him! Proper, Superman-as-a-boy Superboy would represent an easily identifiable entry point for the general film audience who wouldn’t know their Garth from their Ayla. (Hmm, perhaps not the best example.) 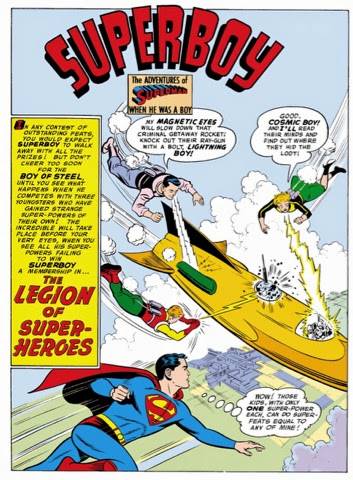 A pre-credits sequence nodding to Adventure Comics #247 would do the trick, and then it’s up up and away, and though the time barrier to experience a new universe of wonderment.
It sounds too good to be true. But then again, so did an Avengers movie.

12 thoughts on “A big screen Legion of Super-Heroes – count me in!”