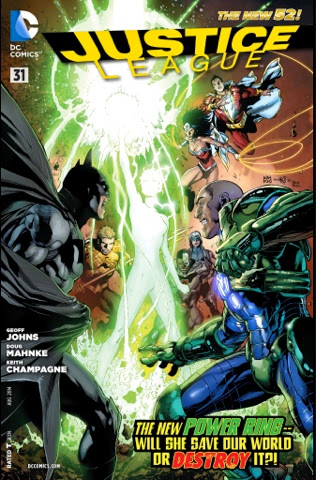 Last issue ended with Lex Luthor pitching up at Wayne Manor, ready to tell Bruce Wayne he knows his other identity, and would he please back his bid for Justice League membership? That leads into a satisfying scene this issue as Bruce denies all and Alfred provides surprising – to Luthor, anyway – back-up.
Justice League #31, which is more about housekeeping and plot-threading than villain bashing, also gives us more on new Power Ring Jessica Cruz as she resists the offer to ‘bring about ‘the destruction of every form of life on this planet’. Captain Cold gets an offer from Lexcorp which isn’t what it seems. And Shazam learns a little more about his magical powers while confounding Cyborg.
And I really enjoyed it all. It’s true that I don’t like the new Shazam set-up, with the hero formerly known as Captain Marvel reimagined as a dumb Billy Batson with undefined magical powers, but within his own parameters, writer Geoff Johns provides a fun scene. 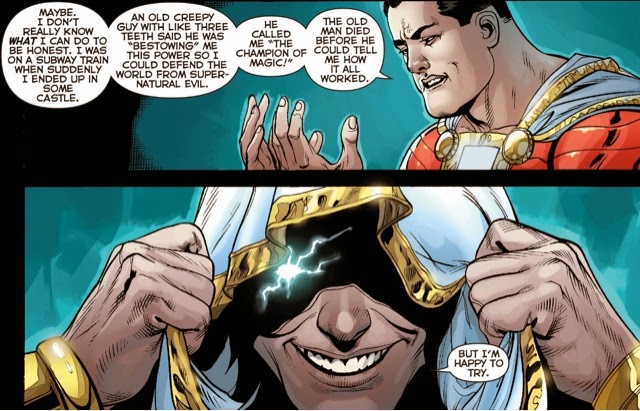 I like that Batman doesn’t given in to Lex’s blackmail – of course the classic hero wouldn’t, but this is the New 52 so who could predict it?  And the Power Ring plot which bookends the issue just gets more intriguing.
This issue feels less like a traditional Justice League story – big team takes on big villain – than a classic Marvel book, with characterisation to the fore and a big threat or two on the horizon. Thinking on, it reads like one of Johns’ own JSA issues. I’d be pretty happy if Johns stuck to this approach for awhile, with the book feeling more like a family story than event after event.
At one point Batman and Luthor discuss the fable of the frog and the scorpion – didn’t that come up in some other Luthor story recently? Maybe it was somewhere else. In other news, it seems the CSA ruled the Earth for just a week. Seems awfully short.
Penciller Doug Mahnke provides sterling work throughout, his characters attractive and expressive, his storytelling sound. My favourite page is a splash using Luthor, Batman and Alfred and it’s a masterclass in conveying movement in a static image. 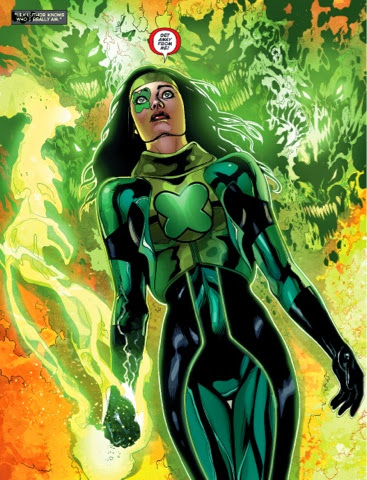 I’m not sure sure about Power Ring’s mask, though, it’s a little Eighties Marvel. Mind, out of costume Jessica looks amazing, there’s real character in her face. Already I want Mahnke to draw Ms Cruz in a solo special 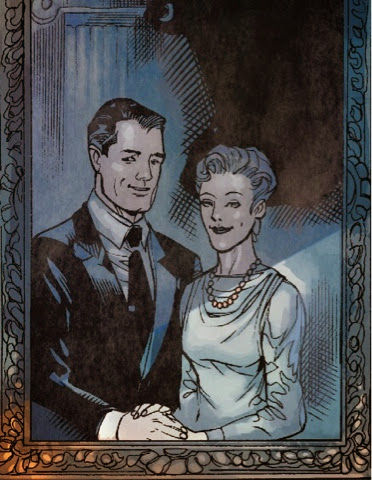 I was, though, rather surprised by this painting of Thomas and Martha … did Bruce hire some artist to extrapolate their ageing?
Inkers Keith Champagne and Christian Alamy keep things looking bold and sleek, while Rod Reis’s colours are as attractive as they’re appropriate. Dezi Sienty’s letters are unshowy, and fine. And the cover by Ivan Reis, Joe Prado and Rod Reis is a winner, if more suited to the eventual collection than this issue.
All in all, a very solid issue, good-looking and readable, a model for what this series could be.