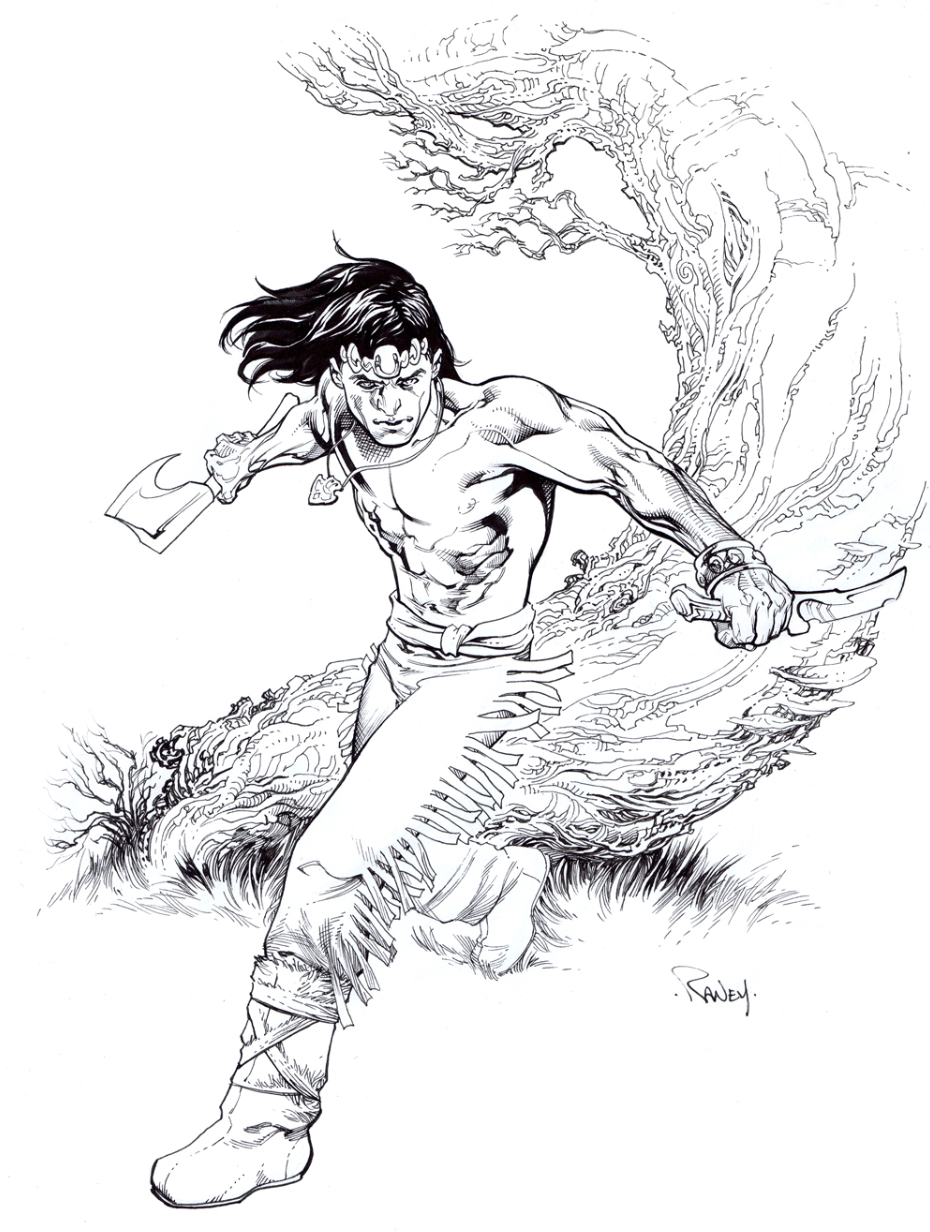 Hanging around Twitter this week, I was intrigued to see comic artist Tom Raney ask if anyone had any ideas for a character he could sketch for fun. I suggested an old favourite of mine who’s not appeared in DC Comics, if memory serves, since the Crisis on Infinite Earths in the Eighties – Arak, Son of Thunder. I was also keen to see how Tom, whom I know from such superhero work as Avengers Academy, would handle a sword and sorcery character.

Rather brilliantly, as it turns out. Thank you Mr Raney! Anyone want to join me in suggesting a DC New 52 Arak comeback?