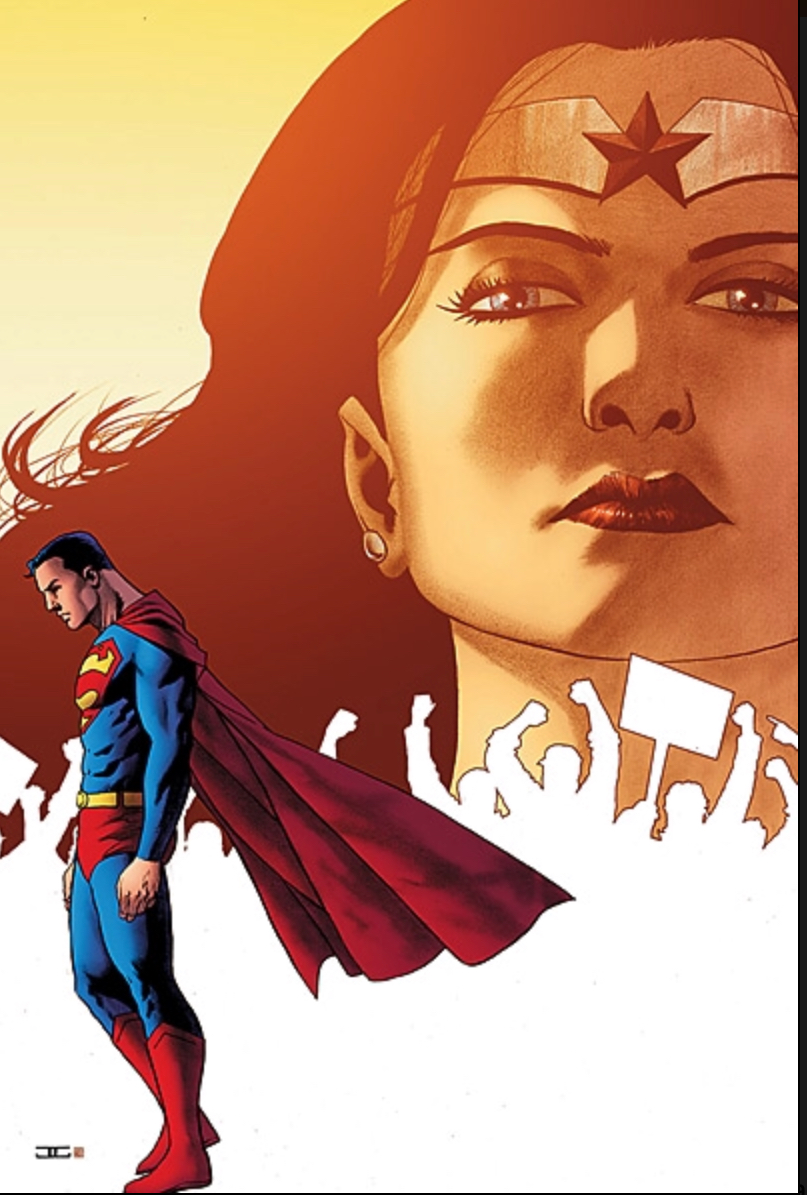 At the end of last issue a group of strange visitors calling themselves the Superman Squad interrupted Superman’s walk across America and offered to explain why he’s lost faith in his ideals. This issue, they do just that, in a story beginning in the Fortress of Solidarity, and ending in Nebraska. And Superman teams up with the new Wonder Woman in scenes that move both their current storylines, as laid out by departed scripter J Michael Straczynski, forward.

There’s an enormous amount of detail I could go into, but I’d hate to spoil too much of the best issue of this title in ages. Let’s just say that writer Chris Roberson opens wide the implications of Superman’s existence as he asks the old question ‘must there be a Superman?’ in a deliciously entertaining way. There’s a similarity to Alan Moore’s Supreme storylines, but given that they were deliberately referencing the Man of Steel’s history, it’s fair enough that they’re echoed here. And I don’t see Roberson as homaging the homager so much as following a logically similar route arising from the same source material, and showing that it’s not just Moore, and Grant Morrison, who can do the massively imaginative ideas. 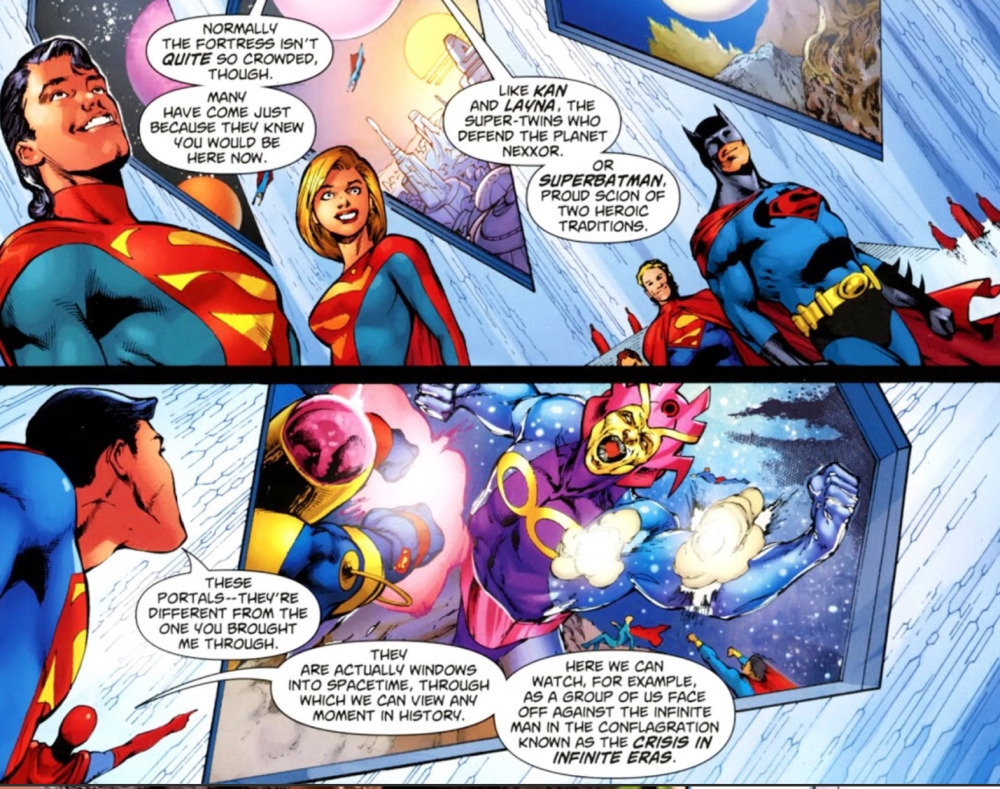 Said notions include the introductions of Supercilia and Superego, characters who sound throwaway, but at least one of them has a bearing on this very issue.

While the grandeur of the Superman Squad’s society is a delight, the best thing about Grounded Part Six is the beginning of a change of attitude for Superman. While I think the Squad’s estimation that Superman, post-destruction of New Krypton, has had a ‘complete emotional breakdown’ is overegging the pudding rather, the basic point makes sense.

And as Superman considers this, he begins to move forward with the help of Wonder Woman (though she’s not calling herself that yet). He ropes the ‘familiar … flying woman’ in at the scene of a natural disaster, and they prove rather good for one another. The possessed super-teacher from previous issues is also on hand, moving ever closer to centre stage – let’s hope she keeps going in the same direction and shuffles off into the wings, never to be seen again.

I loved this issue, start to finish. The whiny, confused Superman of recent issues recedes as the true hero asserts himself. Chris Roberson, thank you.

Equally inspired this month is penciller Eddy Barrows, whose work soars as he’s allowed to leave the mundane backstreets of America and tackle the cosmic. Then, when he’s back in the everyday world he gets to draw a terrifying storm, and two powerhouses discovering and rediscovering the heroes they can be. The fine layouts, nicely inked by JP Mayer and Julio Ferreira, become eye candy when coloured by Rod Reis. And John J Hill’s lettering work is as good-looking and precise as ever.

Wonder Woman looks good on the cover, drawn by John Cassaday and coloured by David Baron. Superman is sad again, but look, the Man of Misery is leaving the book …