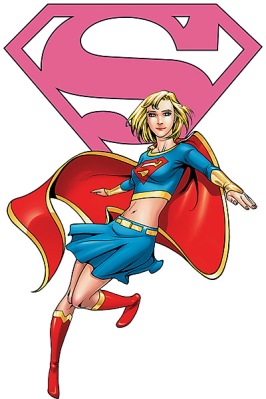 Supergirl has four ne’er-do-wells to fight this month, and a new enemy pulling the strings who could prove more dangerous than any of them. For Parasite, Silver Banshee, Kryptonite Man and Metallo teleport in courtesy of a new phone app, Flyover, developed by a Harvard guy so far known only as Alex.

The name’s appropriate in that his thinking is similar to that of Ozymandius from Watchmen – he wants Earth invaded by extraterrestrials so that the survivors can benefit from the technological advancements that would surely follow. But Supergirl, while an alien, is decidedly friendly, so she’s got to be dealt with, along with her young crimefighting colleagues.

Lois Lane, meanwhile, meets a Project Cadmus whistleblower and finds out something very worrying, while the Daily Planet struggles to find a story more interesting than a female gorilla at the zoo who likes to adopt stray cats (could there be a more interesting story?).

This was to be the first issue of writer Nick Spencer’s run. For whatever reason, the run isn’t happening, but his story survives, scripted by new regular author James Peaty. And the boys do themselves proud.

I don’t know which of the writers decided on the structure, but it works wonderfully well. At the start we’re given relaxed back and forth scenes setting out the story, but as we near the end and see how the two main threads interact, the cross-cutting gets quicker, frenetic. Exciting.

Peaty’s script is a treat, with a very likeable Kara – witty and confident in her narration and dialogue, while the rest of the characters all show personality. The overarcing storyline of an assault on the teens of the DC Universe has my attention and I’m optimistic that Peaty – who wrote one of the better stories in the first few, troubled, years of this comic – has the chops to pull it off. As for Nick Spencer, cheers for the set-up, sir, hope you have a crack at the book proper one day.

Also making his debut as a regular this issue is Bernard Chang, who has illustrated Kara a few times previously. While his earlier art jobs have been more than fine, gaining the regular gig seems to have freed Chang’s muse – his layouts are just stunning, with a splash of Kara over Metropolis simply gorgeous. The minor characters have also had attention lavished on them, meaning no one is identikit. Blond’s colours are outstanding too, with Metropolis painted in urban hues, but never dull ones. And letterer Travis Lanhan continues to do great work, with his credits deserving a special mention for integrating so well with the cityscape.

The DC Icons cover, despite the icky pink-is-for-girls S-shield, looks very nice, with Amy Reeder’s Kara having stopped mid-flight to greet us. The only thing I dislike about Reeder’s Supergirl are the big Manga eyeballs, but that’s a small thing. Richard Friend inks, Guy Major colours, and I smile.

This is an excellent beginning to the next stage of Kara’s comic career, and a lovely fifth birthday present for readers.