Every page a little pleasure. That seems to be Brian Michael Bendis’ motto for Action Comics. We get the ongoing big story (Leviathan) and the company crossover interruptions (Year of the Villain), but along the way are gems of dialogue and detail.

The first scene in this week’s issue, courtesy of the Year of the Villain event, sees Invisible Mafia boss Ms Leone holo-visited by the naffly named Apex Predator Lex Luthor. He makes her an offer she can refuse. 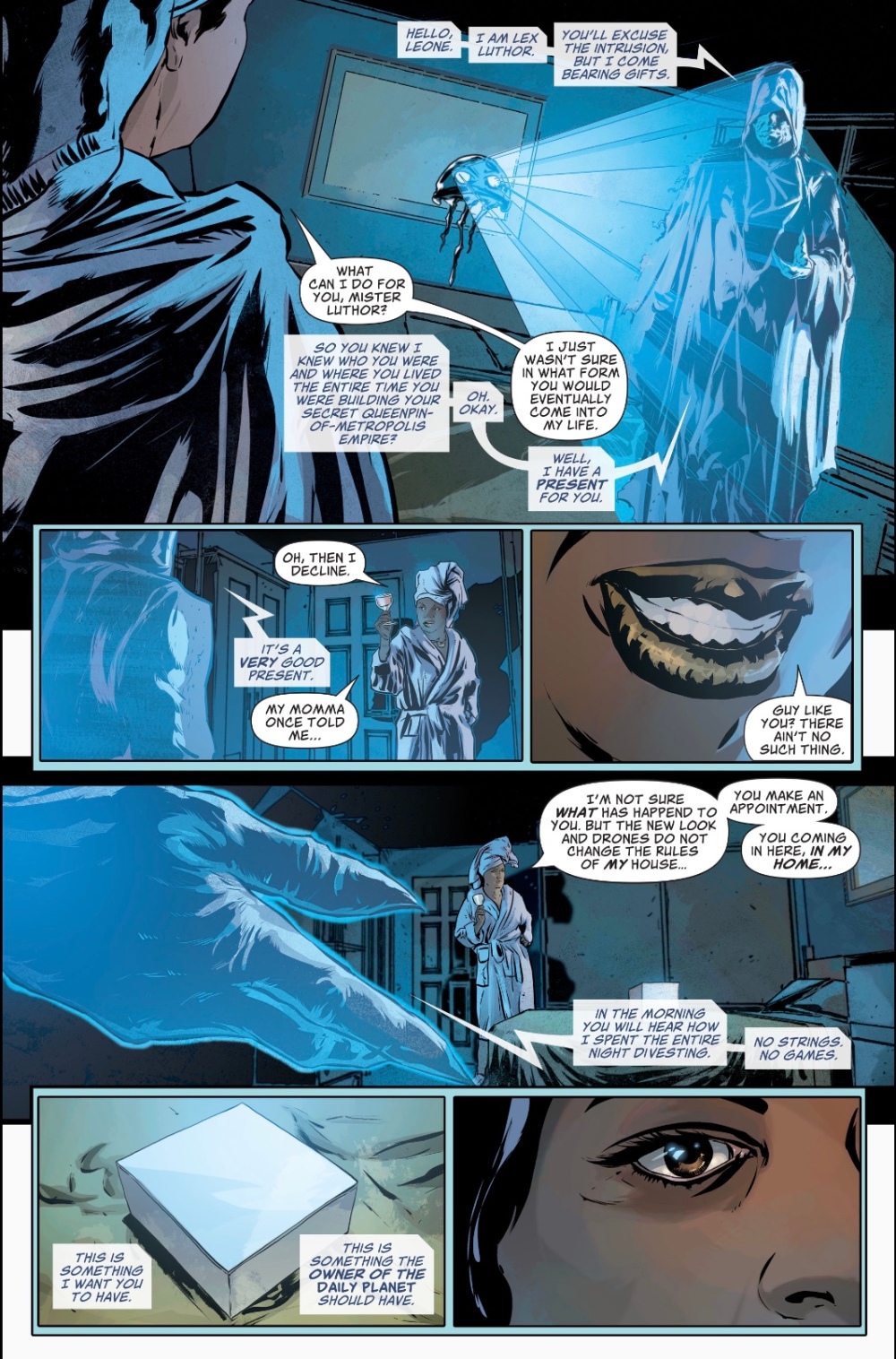 At the Daily Planet, Perry White wants to know how Robinson Goode is getting such, no pun intended, good material on Leviathan.

Goode, secretly the mob enforcer Red Cloud, reveals her source is the dual personality victim Rose Forrest aka street vigilante Thorn. Having turned down an offer to join Leviathan, she’s been targeted by their operatives and decided to fight back.

Later, after finishing her tale, Goode flees Perry’s office as, for at least the second time, her powers begin to manifest without her willing them to do so. Soon, we see that her origin is connected to an old Superman foe…

Such are the bare bones of another very immersive issue; the meat comes when you add in the little details – Perry’s reasons for questioning Goode; Mama Leone refusing to cowtow to Lex; a hint that she has access to magic; Thorn being so rattled by Leviathan that she eschews her usual prickly weapons for ruddy great guns; Superman’s concern for the captured Leviathan agent and tenderness towards the damaged Rose/Thorn; Lex’s evil version of Amazon drones. And so on.

If you’re following Dr Anj’s Leviathan Theory there’s a visual that nods towards his notion that Blue Beetle is running the show. What’s more, the respect shown to Superman by the Leviathan lackey, and unwillingness to fight him, demonstrates either sensible self-preservation (which never happens) or that Leviathan really Is a good guy with a dubious plan, someone who doesn’t wish to cross people ‘professional colleagues’.

Ah yes, the visuals. Szymon Kudranski is back again, producing page after page of detailed, nuanced art. Take a look, for example, at the way the Daily Planet is introduced, above.

There was one point at which I couldn’t work out the storytelling but that could be just me. 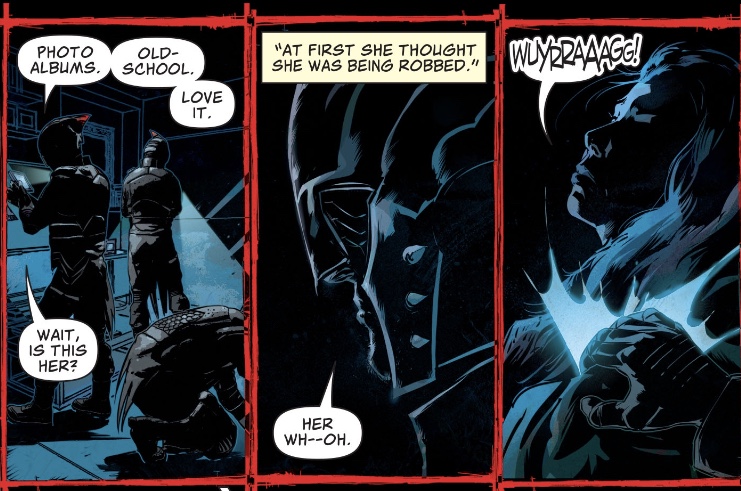 There seems to be a moment missing from this three-panel sequence, a point at which the lackey becomes aware of Thorn before stunning her – a medium or distance shot to show the relationship between them would help. Whatever the case, I wouldn’t swap in another artist. Kudranski, with colourist Brad Anderson and letterer Dave Sharpe – seriously, the display fonts for sound effects and exclamations are terrific – provides a feast for the eye. Tellingly, he doesn’t stint on detail, giving us the likes of a Superman bobble head at the Daily Planet, and Ms Leone’s super-real apartment building.

This issue’s typically clever recap page is a digital Daily Planet, full of fun detail – my favourite thing is the application ‘SIEGELmail’. Want.

I like the cover by Naomi artist Jamal Campbell, it’s so delightfully traditional in conception, and well executed.

All in all, this is another home run of an issue. It does, though, beg a very important question – if Superman is Thorn’s third-favourite hero, who’s her first?