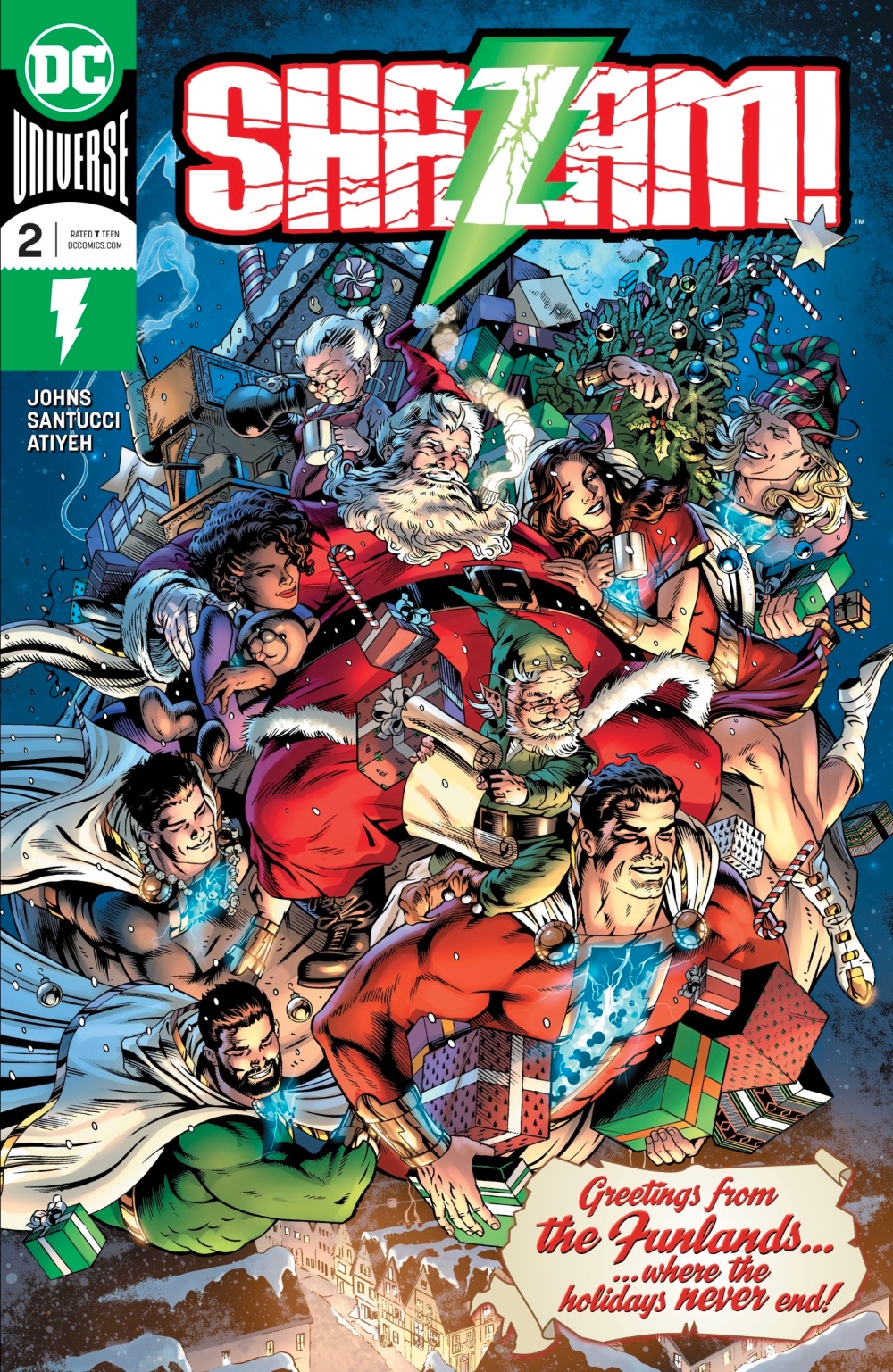 When your comic’s a month late but bears a seasonally specific image… bring on the creative cover copy!

Oh well, if you wish it could be Christmas every day you’ll love this second issue of Geoff Johns’ 21st-century take on CC Beck and Bill Parker’s Marvel Family. That’s because it sees foster kids Billy, Mary, Freddie, Darla, Eugene and Pedro take a trip to a land built for fun.

The issue picks up where the first chapter left off, with adoptive parents Victor and Rosa disturbed by the arrival at their home of a man claiming to be Billy’s birth father. Billy, though, isn’t around. And he’s not the only one. 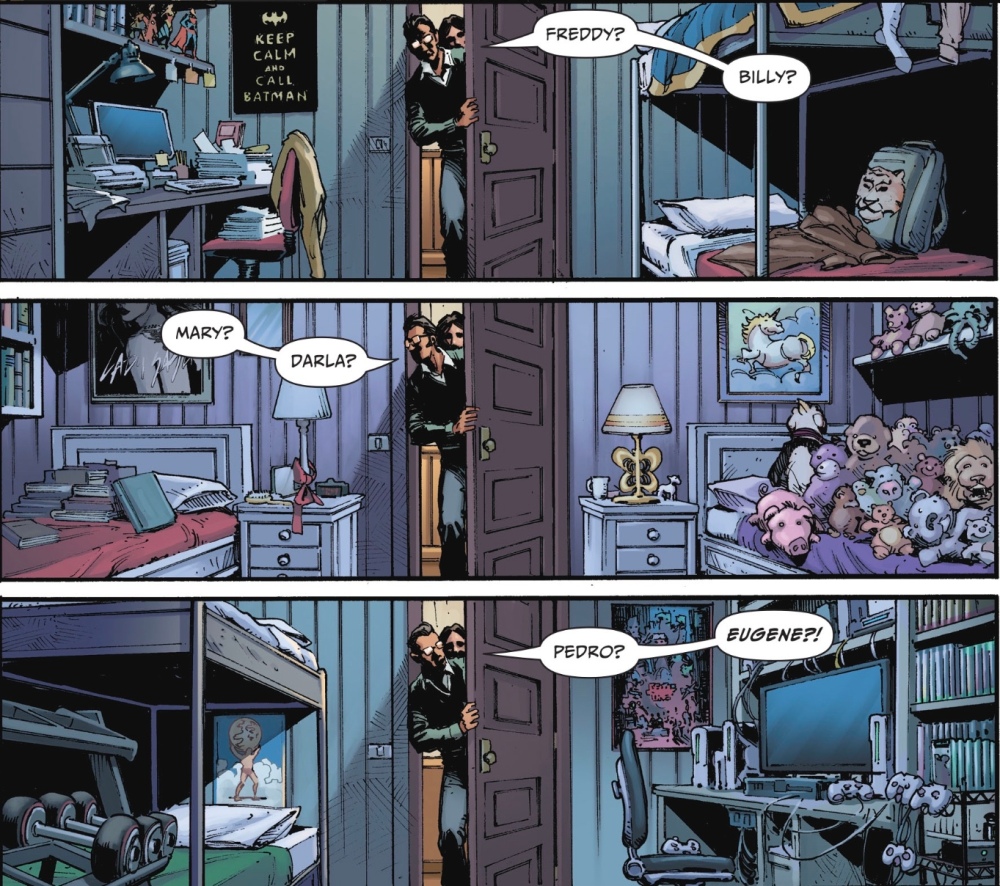 The kids are at the extradimensional Rock of Eternity, former home of the Champions of Magic whose powers they’ve been given courtesy of the old wizard Shazam, having a heated debate. Should they take one of the six trains to a land where… who knows what?

And back in the regular world, evil scientist Dr Sivana is visiting hospital. And he’s brought a friend.

First, the bad news. Regular artist Dale Eaglesham isn’t on this issue. Now the good news. Marco Santucci is, and he captures the same vibe of teenage excitement while bringing his own enormous talent to the book. Every page is filled with fine storytelling, the images packed with personality and detail. I especially like our first look at the Funlands, a Coney Island-style vision of childhood joy, beautifully coloured by Mike Atiyeh.

God bless Johns for being one of the few superhero writers today to remember that subplots can still exist; while the Funlands trip is the main event, the Sivana scenes are equally diverting, and promise excitement to come. As for the business with Billy’s supposed birth dad, I’m very keen to find out his deal. Johns keeps things so interesting that I barely noticed our heroes don’t once transform into their superheroic selves.

The little look at our stars’ bedrooms gives a nice insight into their characters, and I love the Easter egg that is Freddie’s bedcover – Captain Marvel Jr’s classic cape. I also like the storybook origin of Mr Mind, though I don’t think it needs a spread.

Rob Leigh letters with his usual style, including a gorgeous story title treatment, and the variant cover by Chris Samnee is a winner, like the Eaglesham regular cover, coloured by Alex Sinclair.

The Golden Age Captain Marvel remains my favourite version of the character, but two issues in and this comic is already a favourite.