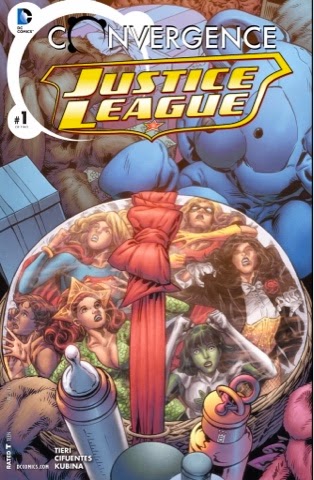 One year ago, the female Justice League members were at a baby shower in Gotham City for Jesse Quick, when the baby arrived quicker than expected. Supergirl flew Jesse to hospital while Zatanna, Vixen and Jade followed, laden down with gifts. And that’s when the city was surrounded by an unbreakable, super-power-sucking dome, and transported to another world to be set down alongside other stolen places, by the insanely powerful Brainiac.

One year later, Brainiac having vanished, his henchman Telos, world made flesh, decrees a contest – heroes will battle, with one communities’ planet getting another chance at life – it seems each city was grabbed as its reality was ending.

Zatanna, Supergirl, Vixen, Jesse and Jade are on a girls’ night out, and they’ve brought Mera, who’s blue because she’s apart from her Aquaman, along (Convergence asks us to buy into the idea that pretty much every superhero in the DCU was in Gotham the day the dome closed it off, which is fine, I’ve bought worse). 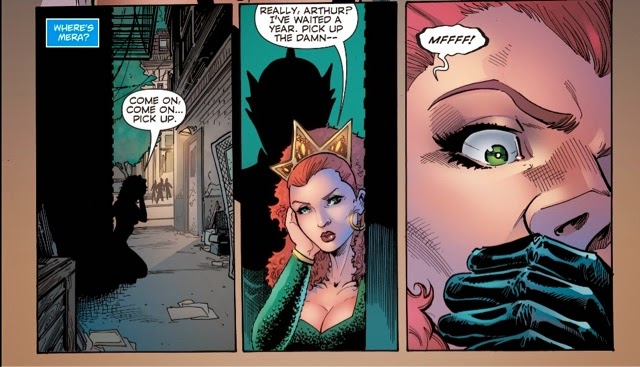 Under the ocean of the Flashpoint dome, that reality’s Aquaman is missing his queen, but rather than mope, he’s impaling lackeys. When the domes drop, he sees the Earth One Mera, and kidnaps her while she’s on the, hmm, shellphone?

The Leaguers vow to help her, while in Aquaman’s stronghold, Mera protests verbally – I can only assume she’s not using her water powers to fight back because she’s not realised the dome dropping means she’s metahuman again – Bad Arthur mentions his telepathy has returned on the penultimate page, hint hint Mera. Or perhaps she’s biding her time, getting his measure before attacking.

Whatever the case, this issue is a great time passer, with dialogue that’s amusing when it needs to be, and dark as required, from writer Frank Tieri. His portrayal of the heroines’ friendships convinces, with good-natured teasing rather than the bitchiness we used to see when comics had more than two women in one scene. His Kara is particularly strong, confident and capable even without her powers, and when she gets them back, oh boy. 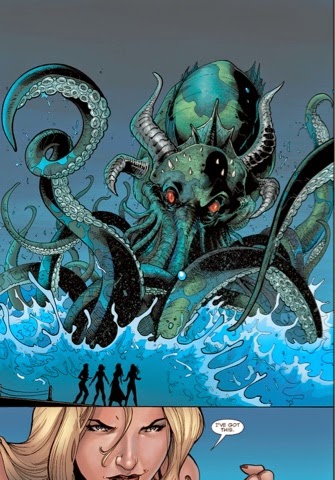 Vixen is spot on and Jesse Quick is on good form (though a mention of new daddy Hourman would’ve been nice). Jade disappears into the background a tad, while Zee forgets she can actually do stage magic, but the heck with it, this is a strong, straightforward superhero book. I’d like to see Tieri back writing a DC series regularly. 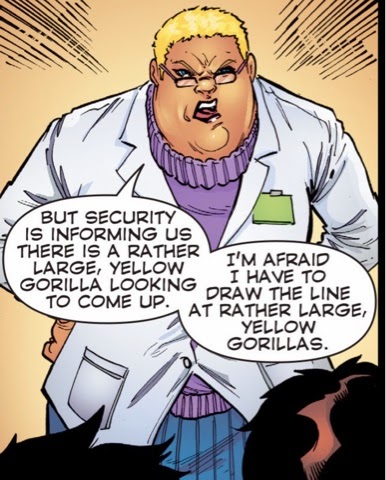 Vicente Cifuentes, whose name I notice more in the ‘inker’ column than the ‘penciller’ slot, does both jobs here, producing delightfully breezy art that suits the generally happy mood (that’s another Convergence buy-in – the depowered heroes don’t get angsty, they cheerily carry on with their lives). I loved this moment, with a feisty nurse. 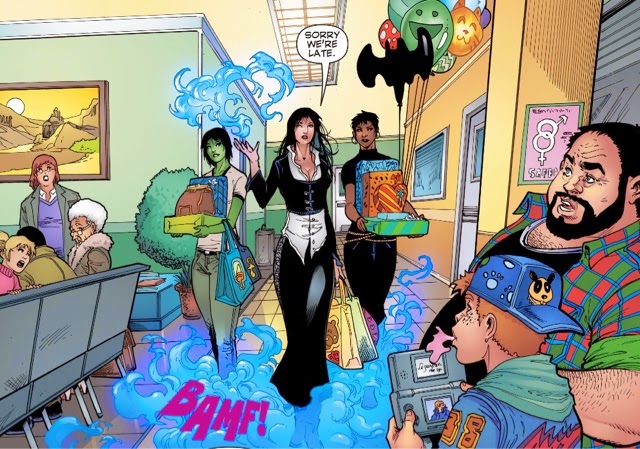 My other favourite panel shows the heroines in their party frocks, arriving at hospital via a cheeky wee ‘bamf’ – the character and fun is appreciated. 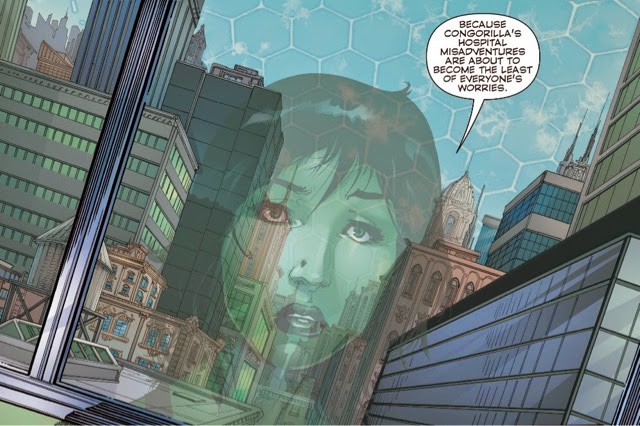 And when the mood changes, Cifuentes’s shot of Zee looking outside the hospital, at the rising dome, really hits the spot. Effective colouring, too, from Monica Kubina, and letters from Nick J Napolitano. And Mark

Buckingham’s cover, coloured by Andrew Dalhouse, is a winner, it’s just a shame the logo obscures the composition.
All in all, this is a thoroughly enjoyable Convergence entry. More please.